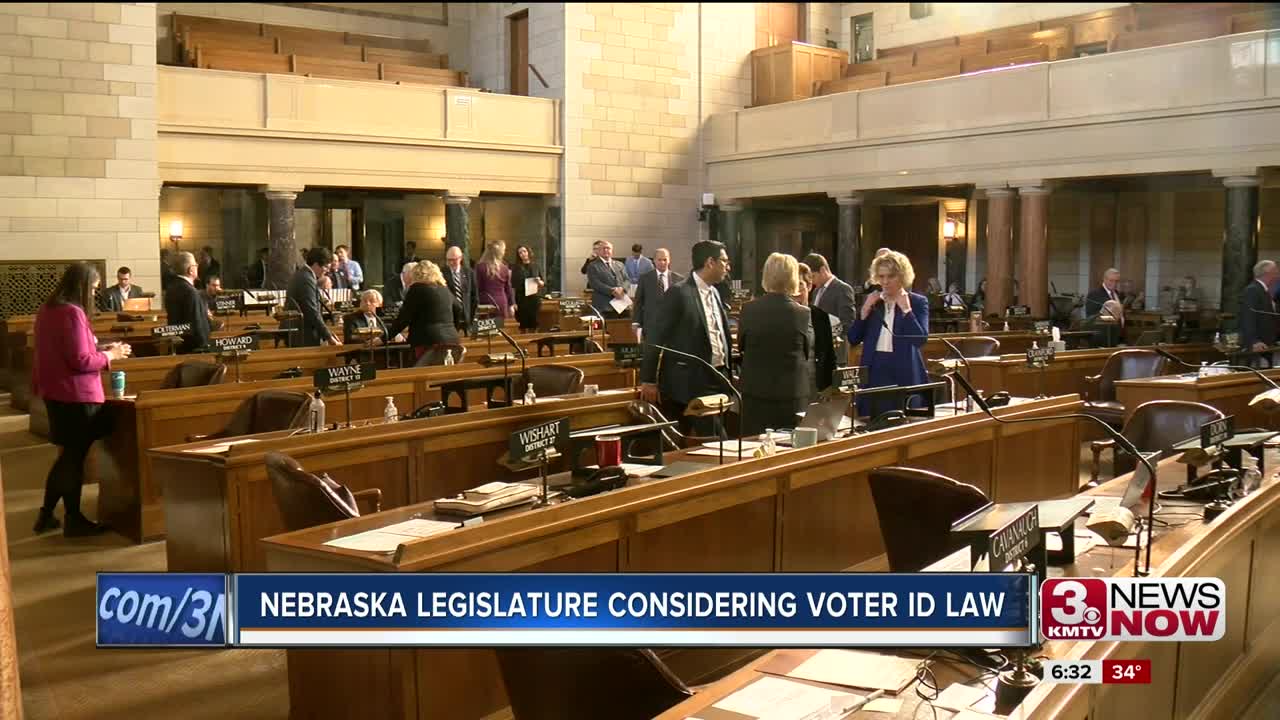 LINCOLN, Neb. (KMTV) — In 18 states across the country, you cannot vote unless you have a photo ID. In over a dozen others, including Iowa, they require voters to show a photo ID or verify their identity in other ways. But in Nebraska, you simply say your name and address, and you can vote...a bill in the Legislature could change that.

Bob Evnen made voter ID a core part of his 2018 campaign before he was elected Secretary of State. Now, he's backing a legislative bill that would let voters decide if they want to require a photo ID before they vote.

Evnen says one major step the state can take to secure our elections.

"We need to do this now, before we have a problem,” says Evnen.

But those against it say, there's no problem at all.

If the legislature approves the constitutional amendment from Senator Andrew La Grone, voters would first have to pass it into law, if they did that, it would be on the legislature next year to put rules in place.

"You shouldn't be putting restrictions on constitutional rights unless there's an actual problem, and there has been no cases whatsoever of voter impersonation fraud in the state of Nebraska. This is the only thing ID protects against,” says state senator, Adam Morfeld.

Sen. La Grone says multiple states have had elections decided by a handful of votes and Nebraska needs to make sure they get there's right.

"One is too many and so we need to have systems in place to assure that doesn't happen, and I believe we can do that without disenfranchising a single voter,” says La Grone.

Evnen says just two percent of adults in Nebraska don't have an ID, Evnen would want to get them one if it does pass.

"What I want to do is take a look at the population that does not currently possess a state issued ID, and find out, why not?" says Evnen.

Senator Vargas says that if the state does have the money to pay for ID’s, he'd rather use that money to allow Nebraskans to register to vote more easily.