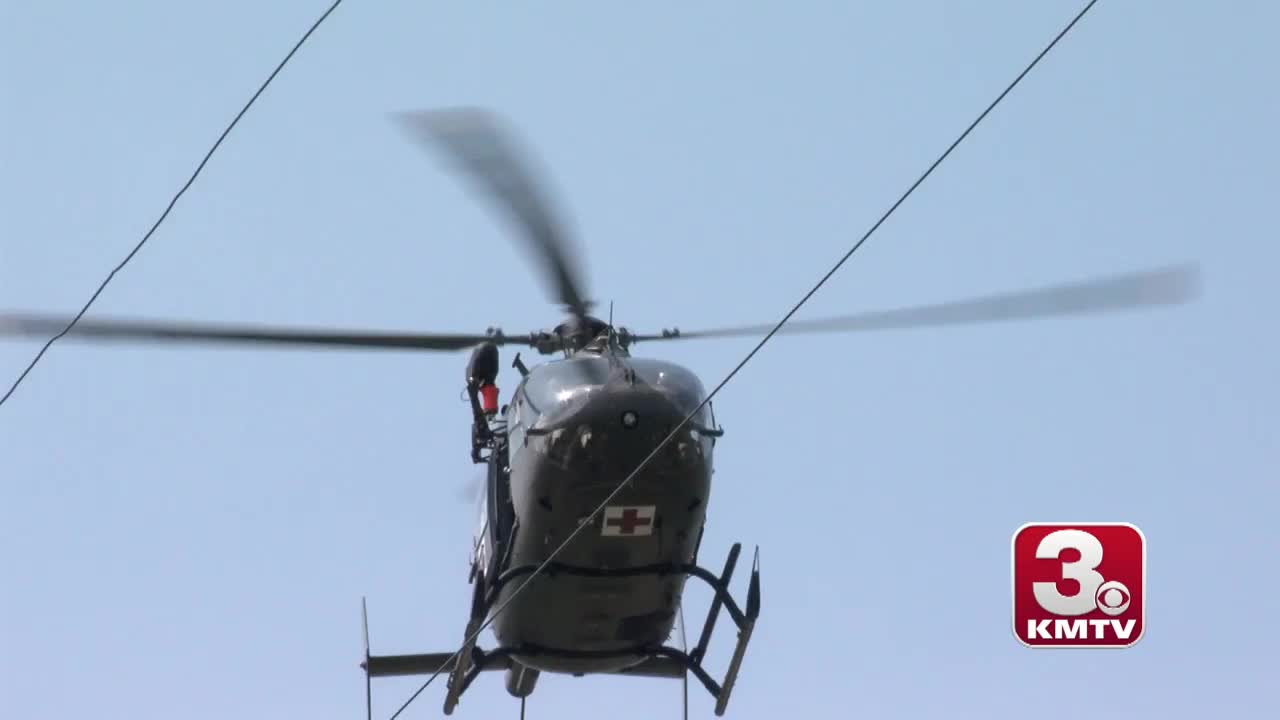 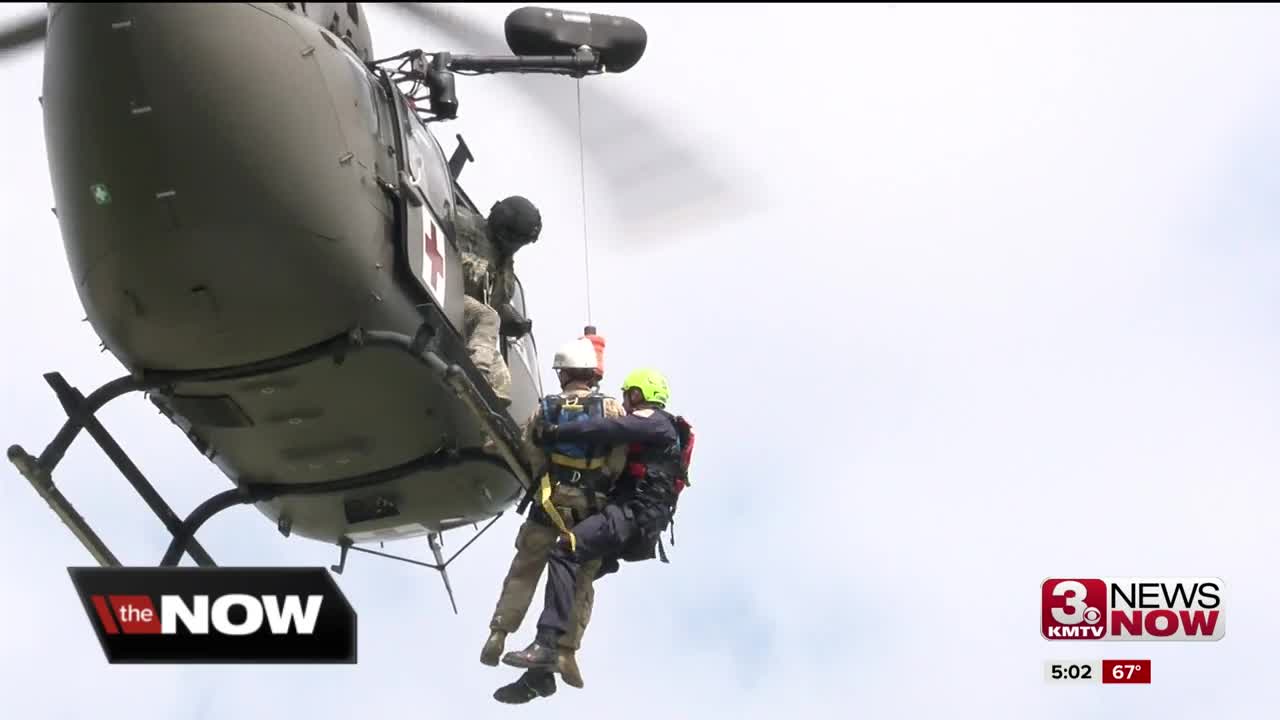 The scenario hoped to create a real-life scenario where the two units had to work together to rescue the victims from the home.

"The National Guard helicoptered in and Task Force One repelled down to rescue the victims," said CW4 Joseph Dolton, a pilot in the training session from the Nebraska National Guard. " It's always important to practice constantly. We always do hoist training, never with the Nebraska Task Force, but we do this practice because we do it in wartime and we need to be prepared all the time."

"The way the sequence goes is somebody calls 911 and 911 passes it up to the state, the state says hey we need aviation support and we launch aircraft," said Rick Davis, program manager for the Nebraska helicopter search and rescue team. "We have an aircraft comes out, the aircraft with a camera says there's water around it, the only way is through the roof and crews that are already in route need to change their plan and it's up to the crew to determine how to execute this rescue. I didn't give them a canned scenario on this. The situation was rising water in the house, you need to rescue them and it was up to them to make a plan to get them out.

During the first 48 hours of the March flooding in Nebraska the national guard recsued 107 civilians, including 66 by air rescue. Davis said it was important to practice with Task Force One on a situation the groups both saw frequently two months ago.

"We wanted to bring together things we would normally not do, things that are outside our skill-set that are easy to integrate so really we're providing a better delivery method for those rescues," Davis said.

This is the second training session between the two units. The groups plan to have more joint sessions over the next four months.