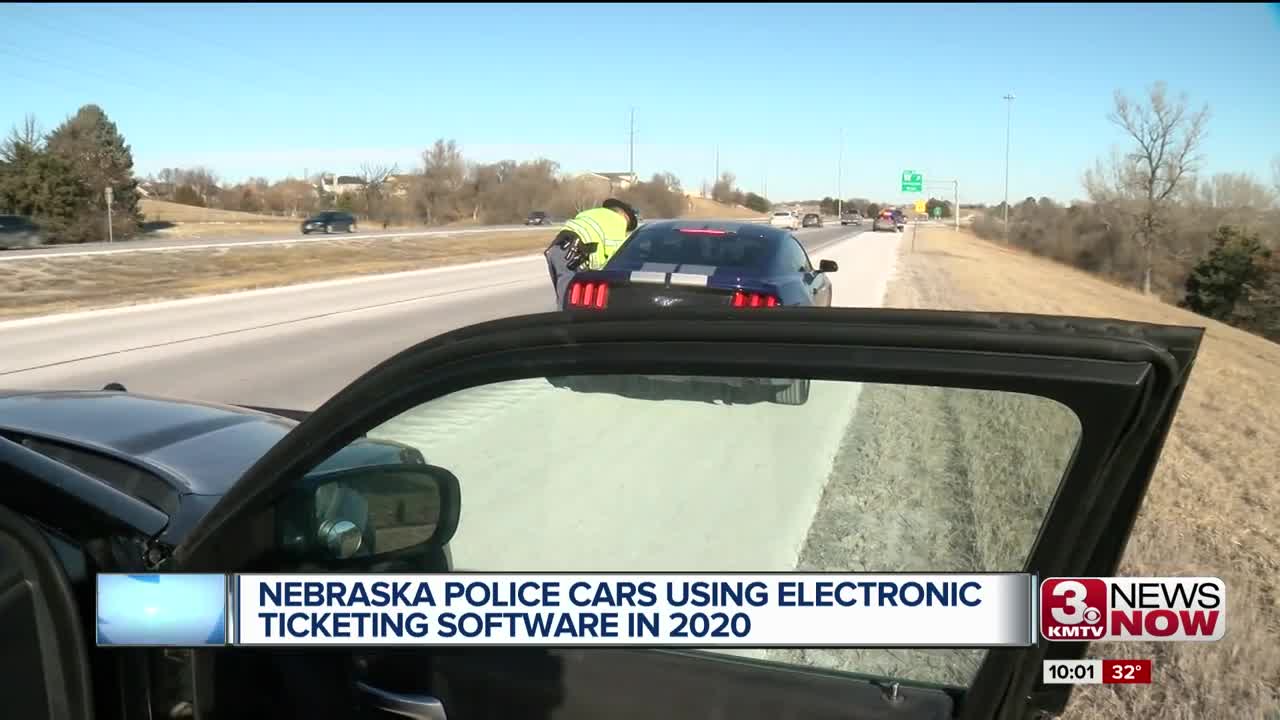 OMAHA, Neb. (KMTV) — Police cruisers across Nebraska are now required to use electronic ticketing, effective at the start of the new year.

The technology, called TraCS, has been around for the last decade and has been implemented by area police departments over the last two and a half years. Police forces across the state finished implementing the techology over the last six months.

"It's easier to track data, get data and use data if we need to, it's easier to compile stats for click it or ticket," said Officer Shaun Manning of the Bellevue Police Department.

The technology scans a driver's license and puts all of its information in to the police department's computer system. Officers then type in the violation and print out a ticket.

"Basically the citation is inside of the computer," said Lieutenant Mike Grummert of the Nebraska State Patrol. "After it is issued to the motorist it comes back and is sent to whatever county you're in to the attorney's office or prosecutor's office and it's all done on the computer so it keeps it organized."

Grummert said the technology simplifies the process and gets rid of any errors that happen from bad handwriting.

"What happens is it eliminates a lot of the time we can spend on the traffic stop," Grummer said. "Beforehand when we were handwriting it could take several minutes, now it's you scan a driver's license and registration and you enter the violation and you can issue citations and warnings so much faster."

While the new technology may take time for some of the officers to get used to, Grummert, who has been using the electronic ticketing technology for eight years, said officers will see its benefits.

"I'm telling you it will save them so much time," Grummert said. "Once you get used to it I think they're really going to like it."

Watch Phil Bergman's story in the above video.