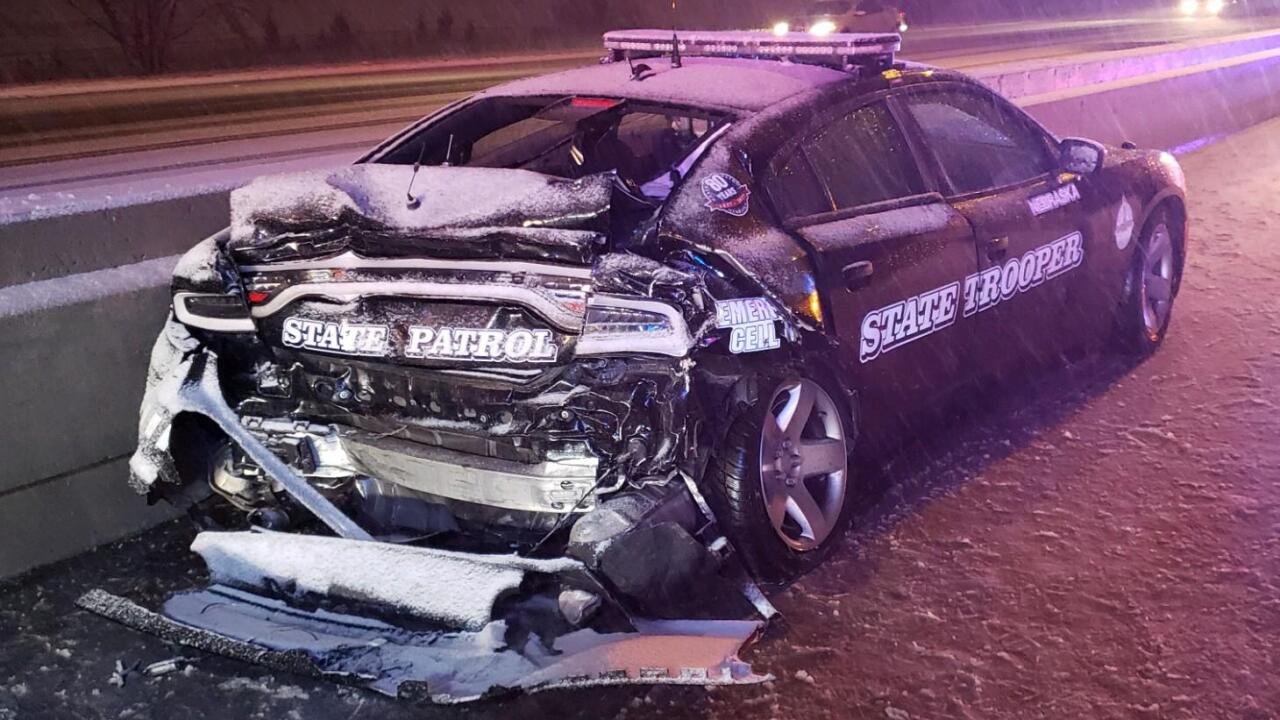 OMAHA, Neb. (KMTV) — A Nebraska State Patrol trooper was injured in a two vehicle crash on a snowy Friday night in Lincoln.

After responding to a crash westbound on Interstate 80, a vehicle behind him lost control, spun out and collided with the rear of the trooper’s cruiser. The crash sent the trooper's cruiser into a concrete barrier.

The trooper was transported by another trooper to the Bryan Medical Center with non-life threatening injuries. He has since been treated and released. The other driver was not seriously injured and was given a citation.

The trooper's car was totalled.