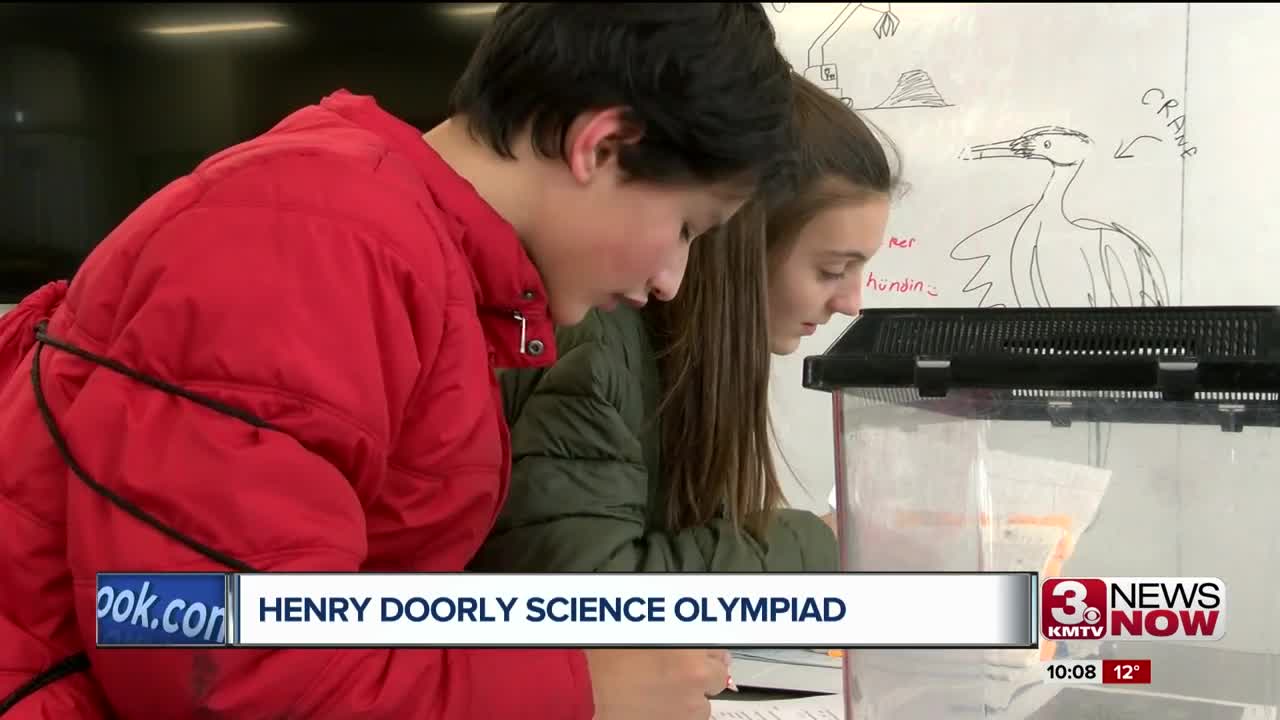 OMAHA, Neb. (KMTV) — As snow started to fall at Omaha's Henry Doorly Zoo, hundreds of students from middle and high schools across the state packed into classrooms working as fast at they could in the 15th annual Science Olympiad.

"Today is a good opportunity to be challenged and allow them to experience a little more of what their interest areas are," said Julie Anderson, the zoo's education program manager.

From genetics to engineering, each classroom offers something different for each student's interest. And yeah, it was challenging.

"Feel like we were a little unprepared," one student said.

"I learned that the test is very hard," said another.

Students were tested on topics like herpetology, that's the study of amphibians. In another classroom room 7th graders Aman and Suvan who are friends at Millard North were tested on geology.

"We were using maps and books and everything to find answers to questions involving maps," Aman said.

"It was really cool we could hang out and work," Suvan said. "It can all be used later in our lives."

Henry Doorly brings in staff and teachers from places like Omaha Public Schools and the University of Nebraska-Lincoln to proctor the exams, quizzing them on what might not be normally taught in their schools. But it hones in on what students are more interested in.

"The reason I like anatomy and physiology so much is because I want to go into medicine," 6th grader Conner Thomassen said.

"My mom's a nurse and being able to follow what she's talking about at the dinner table is a lot of fun now," 6th grader Maggie Kennedy said. "I know more about when she talks about the lymphatic system."

No matter their interest, tests were scored and the best were awarded. Henry Doorly wants this to advance students to the Nebraska Science Olympiad who hope to win in April.