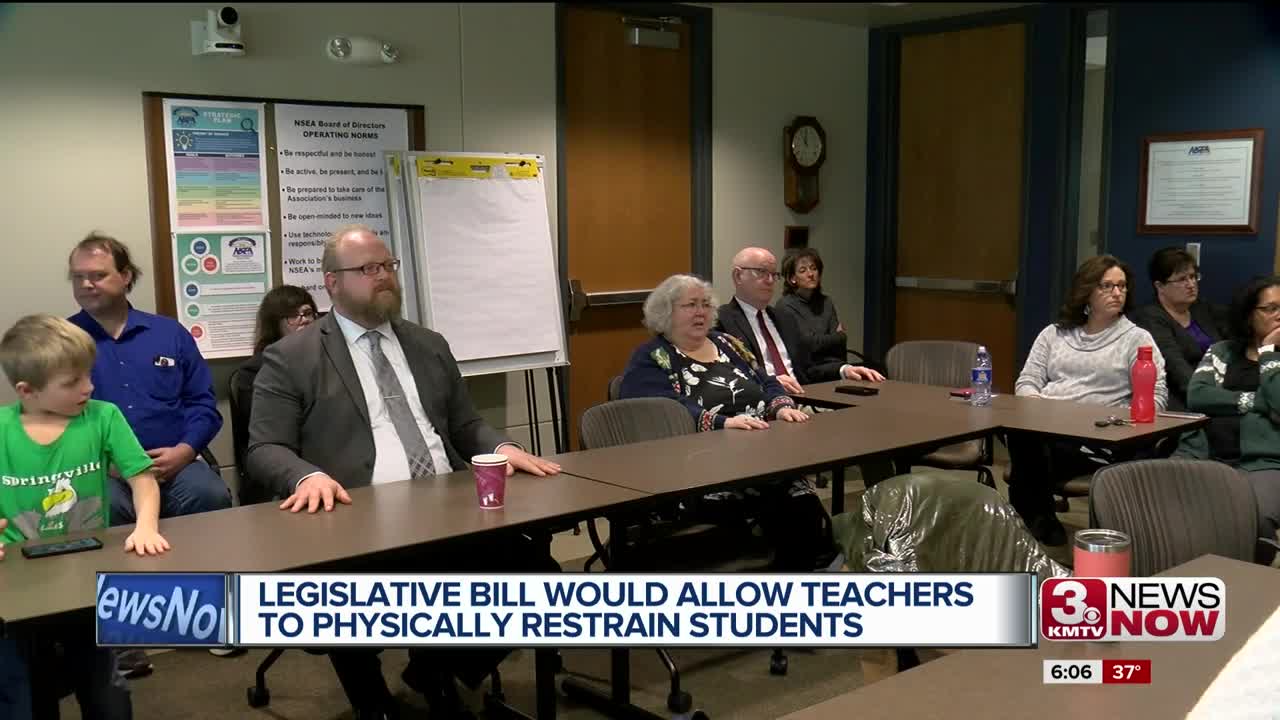 Why teachers are calling for the approval of a bill which would allow physical restraint measures in schools.

LINCOLN, Neb. (KMTV) — In less than two weeks the legislature will debate a bill that puts parameters in place that allows teachers to physically restrain students when they become violent.

The Nebraska teachers union is seeking clarity, because they say countless teachers have been hit and have no recourse, including Tricia Rohde.

"I remember with crystal clarity the look on the student's face and the fear I had on what the student would do next,” says Rohde.

Right now, physically restraining students is allowed stemming from a Nebraska Supreme Court case 20 years ago. But there's no state law allowing it. So some teachers around Nebraska don't do it in fear they'll be punished.

"It's happened that they've been in trouble with the administration for stepping in,” says NSEA executive director Maddie Fennell.

A bill floating in the legislature would change that.

LB 147 would allow school employees to restrain students, to kick them out of class when student learning is disrupted, and make each district create policy on how they would do this and when the student could come back to class.

"If LB147 is passed , they're not going to be held accountable for any action,” says parent Michelle Zephier.

Michelle Zephier's son Dylan has down syndrome and autism. She says he's already been physically restrained and secluded at three Omaha-area school districts and she says he's had marks and PTSD from the incidents.

She's pulled him out of all three and has plans to home school him.

If the bill passes, she worries that could happen to more kids.

"It's just giving all teachers and staff the green light to do whatever impulsive action that they have at the time,” says Zephier.

The NSEA says a special plans needs to be in place when kids with disabilities are removed.

and that staff won't be able to get away with anything.

"if your policy is clearly laid out and you have made sure that every person, every adult in your system knows that policy, then you can hold them accountable to that just like you get held accountable for everything else,” says Fennell.

Again NSEA stresses the law would give teachers the option to restrain students but would not require that they do in every situation.