The task force was formed after a dangerous summer 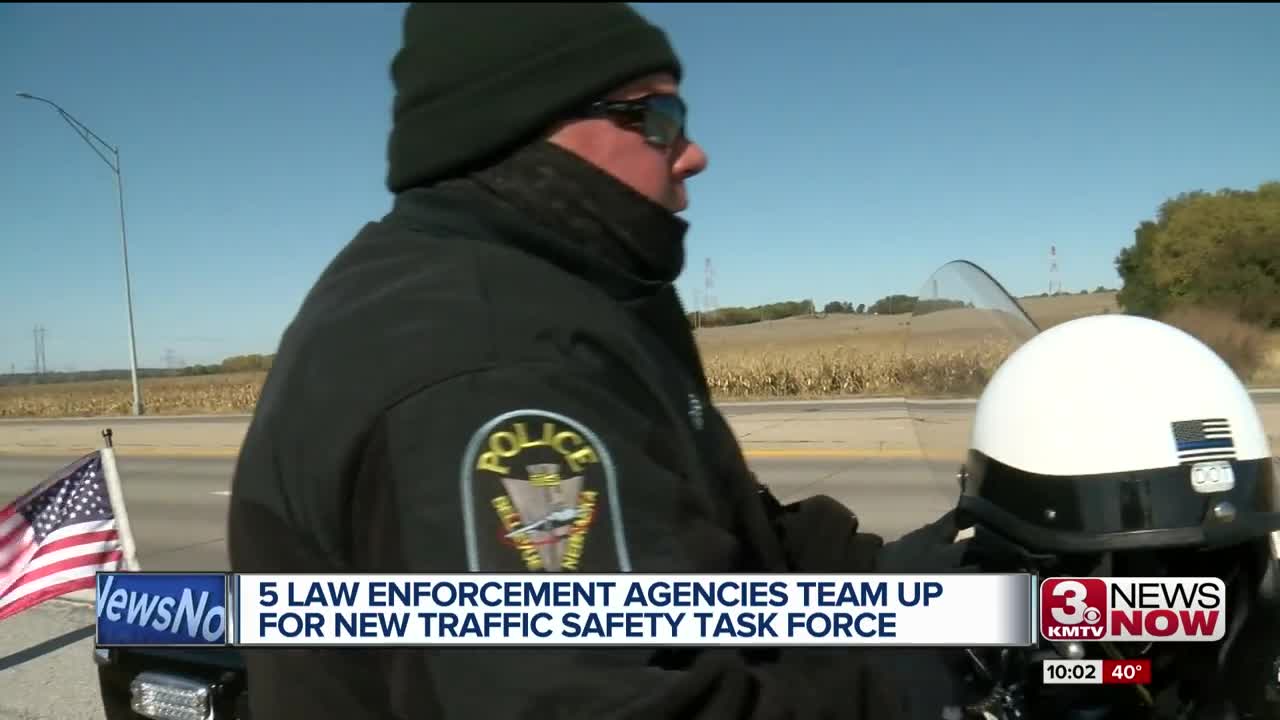 SARPY COUNTY, Neb. — The roads have been a dangerous place this year in Sarpy County.

"We've had larger than normal number of fatality crashes in Sarpy County this year. We're sitting at about 21 fatalities, 10 of those being minors," Sergeant Brian Stolley of the La Vista Police Department said.

The population in the county is growing. That makes for a busy community and busy streets.

"When your roads are at capacity and you have the speeding, the failure to yields, all those just, things align where we start to see those tragedies," Sergeant Stolley said.

To combat some of these issues, a special task force was formed - the Sarpy County Traffic Safety Task Force. Made up of the La Vista, Bellevue and Papillion Police Departments as well as Nebraska State Patrol and thev Sarpy County Sheriff's Department, the task force has one goal. Safety.

Officers were out Thursday for the second time as a task force, and not in secret. They posted their locations throughout the day, making people aware of their presence.

"We don't want to be secretive about what we're doing. We want people to know we're out here. We want them to be aware of what they are doing," Sergeant Stolley said.

We went on a ride along with Officer Chris Abbott of the Bellevue Police Department. He explained to us the importance of being safe on the road and how that can help save lives.

Throughout the day Thursday 128 traffic stops were conducted. Nearly 100 citations were given out as well as some warnings and even some arrests.

Many of the officers on the task force have seen a lot of this year's fatalities and accidents first hand.

That's why they're so dedicated to this new task force and on increasing road safety throughout Sarpy County. One ticket at a time.

The task force will be doing these enforcements every couple weeks. They'll announce the dates online closer to the date.