The party was a chance to reconnect 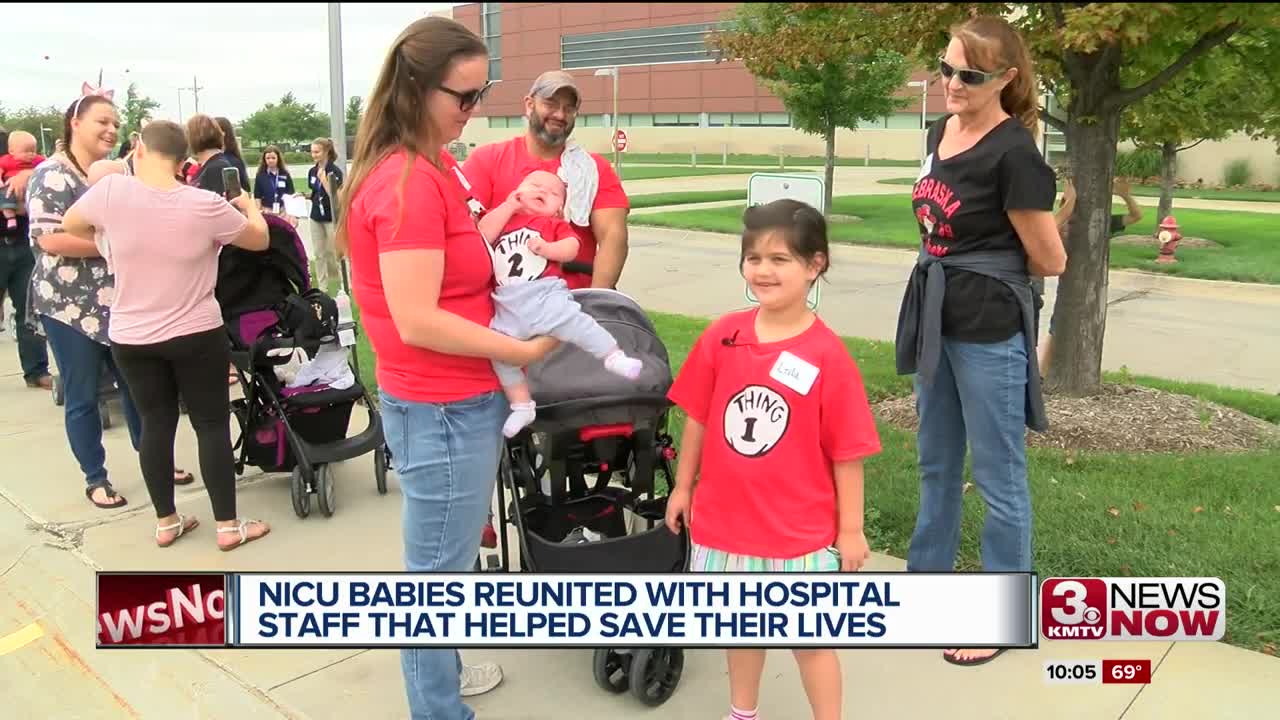 OMAHA, Neb. — A parade and a party took place today, all for a special reunion. The Methodist Women's Hospital reunited neonatal intensive care unit doctors, nurses and staff with the patients that were in their care. Parents and children got to dress up in their favorite storybook characters and parade down from the hospital to a special reunion party just down the street.

"Initially she had some breathing issues. She was on a CPAP for a little while," Zain Harm said. Harm's baby girl spent over a month at the NICU at Methodist Women's Hospital with complications. But today, their daughter is happy and healthy.

"We're supposed to be Little Bo Peep and the sheep. So she's the real boss," Harm said as he pointed out their elaborate storybook costumes.

Once the parade was over parents had some time to spend with the staff, updating them on their children's health and catching up.

Dr. Chinyere Oarhe was one popular doctor at the event. She helped make this reunion with many of these children possible.

"I feel privileged to be part of this. I love what I do, I love my babies, I love those babies so much," Dr. Oarhe said.