Nine semis, two vehicles involved in crashes on I-80 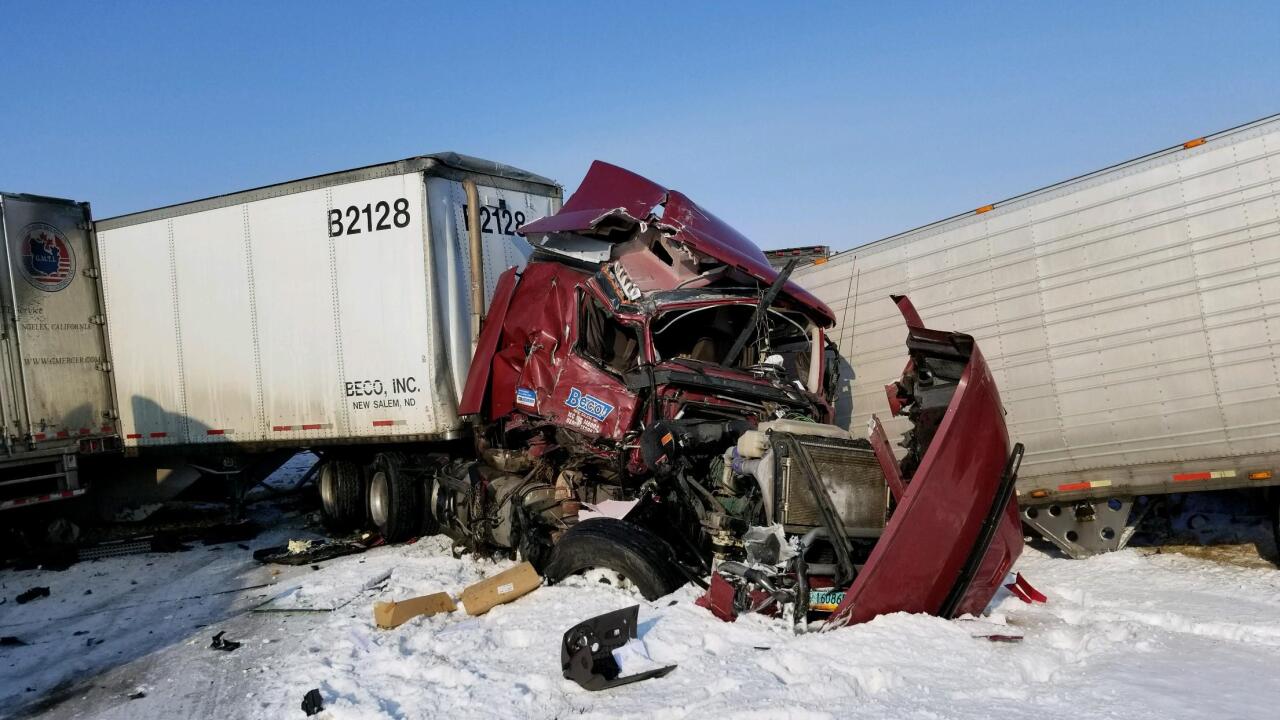 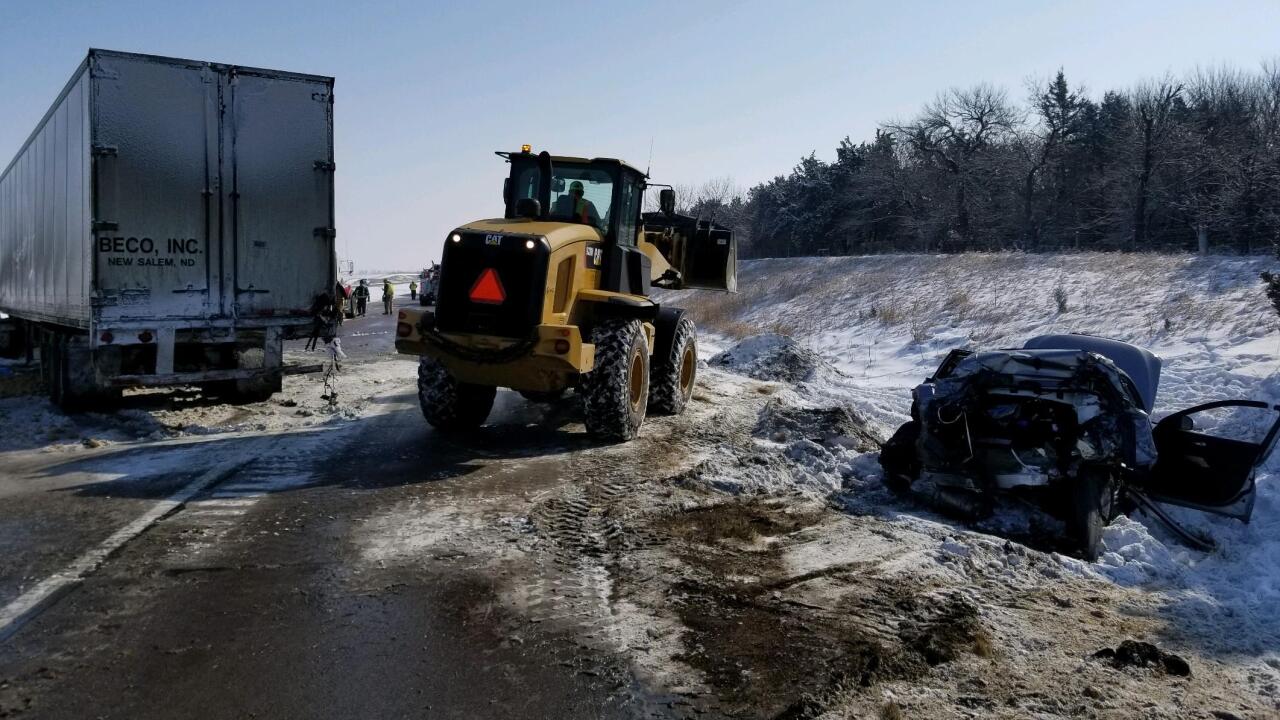 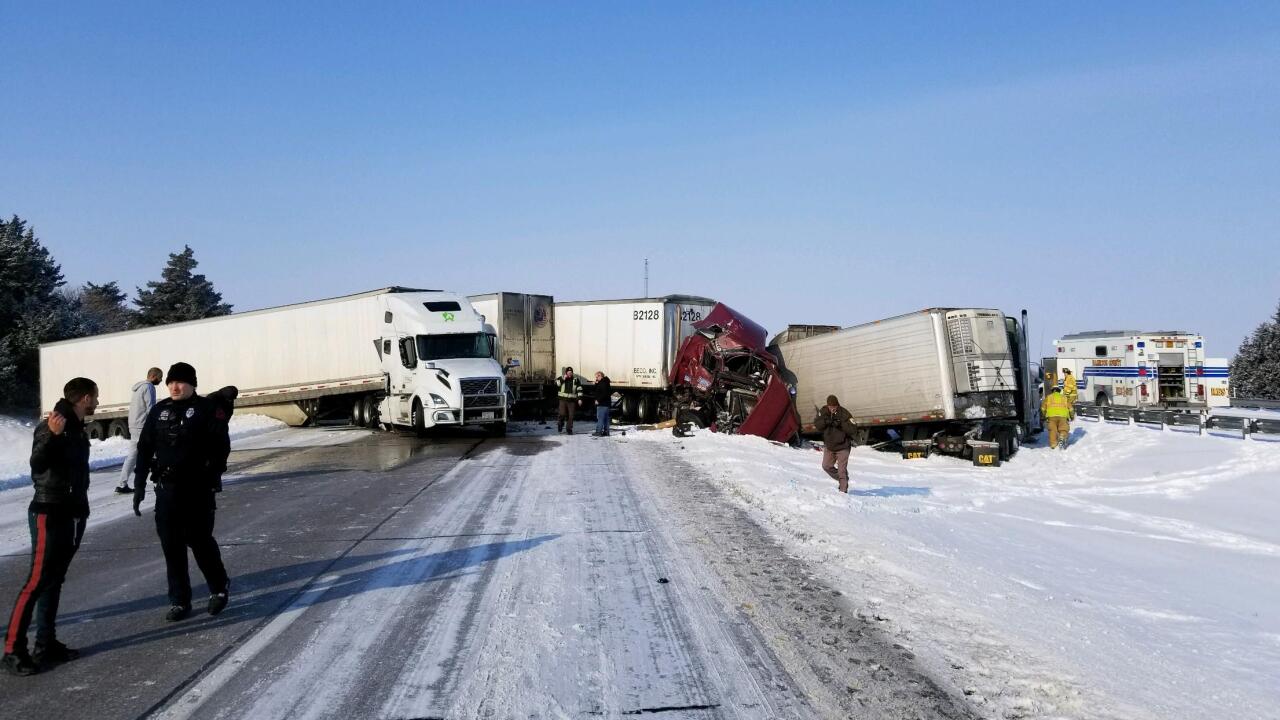 GRAND ISLAND, Neb. (KMTV) — Eleven vehicles were involved in crashes occurring this morning on I-80 between Giltner and Aurora--nine of them being semis.

Around 9:10a.m. on Wednesday, Hamilton County received a 9-11 call that two semis had crashed and jackknifed. This blocked eastbound traffic on I-80 near mile marker 328.

More vehicles crashed in the area as troopers and officers were en route to the scene. A chain reaction collision included four semis and a Jeep Cherokee.

After this incident, two semis traveling together came upon the scene, finding themselves unable to stop. One struck the other, pushing it into the Jeep Cherokee.

Both occupants of the Cherokee were transported to the hospital in Aurora. However, the passenger has since been life-flighted to Kearney with life-threatening injuries. The driver has been released from the hospital.

One of the semi drivers was also transported to the hospital with non-life-threatening injuries.

Another semi jackknifed while trying to avoid the stopped traffic at the scene. Moments later, another crash occurred slightly to the west involving two additional semis and a minivan. No injuries were reported in those collisions.

I-80 was closed for approximately three hours following the crashes while emergency crews worked to clear the road, according to a press release from Nebraska State Patrol.

Weather conditions were a factor in the crashes.