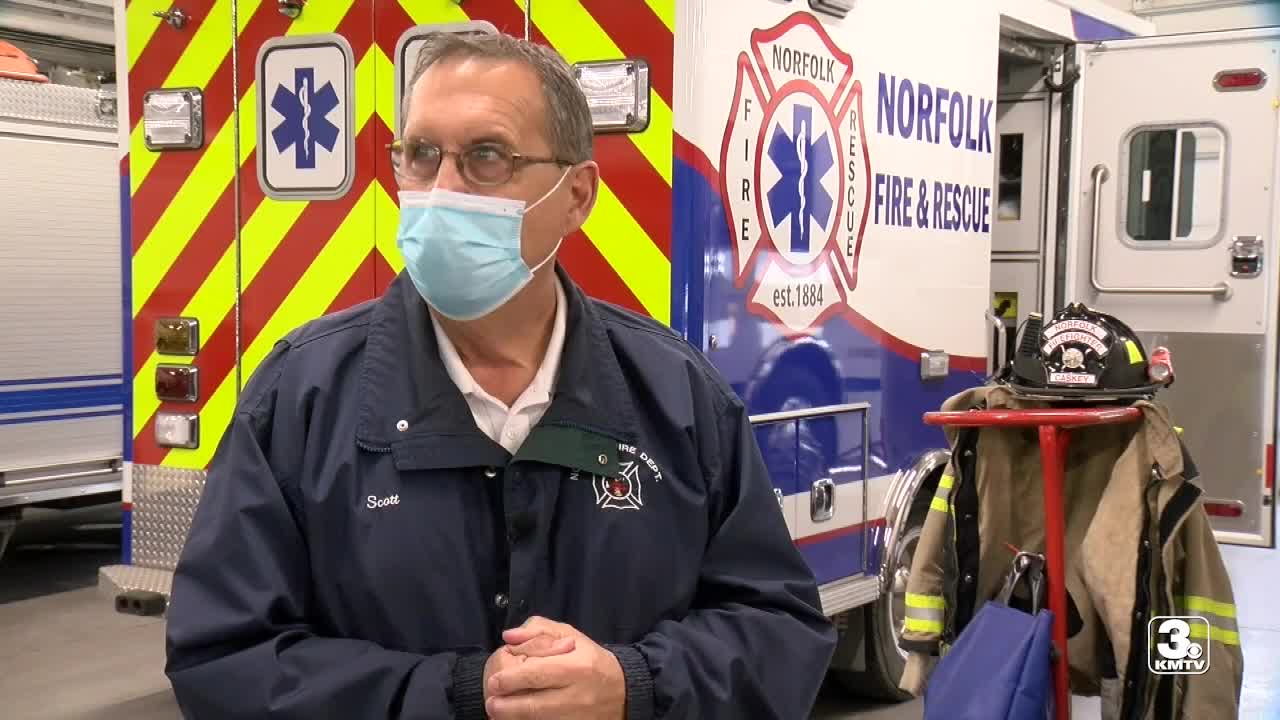 NORFOLK, NE — Major Nebraska cities like Omaha and Lincoln have been heavily affected by COVID-19, but smaller cities like Norfolk are equally as strained. Per capita, Madison County, where Norfolk is located, has the fourth highest 14-day case rate of any county in the state.

The Norfolk Fire Department went from responding to a few COVID calls a month in the summer, to multiple calls a day and limited staff.

"In our mind, we are hoping it was something happening far, far away in the big cities and we were kind of immune to all that," Norfolk Fire Chief Scott Cordes said. "I was hopeful that never would arrive and I was somewhat in denial that could occur. But the evidence is overwhelming, the facts are the facts. What's happening with COVID in Norfolk, Nebraska is real.

Cases per capita in Norfolk are nearing levels seen in Douglas and Lancaster counties.

"Madison County is now one of the hot spots in Nebraska. In just recent days, we've been number two or three in terms of the number of new cases and hospitalizations in the last 14 days per capita," Norfolk mayor Josh Moenning said.

Faith Regional Health Services is the major hospital system in Norfolk. According to president and CEO Kelly Driscoll, "hospital capacity in its entirety has averaged to be 85-90 percent full over the last several weeks."

"Not only is our hospital system near capacity, our public safety officials and workers are stressed," Mayor Moenning said.

Public safety workers like the fire department are working 24-hour shifts just to keep up with demand.

"October really hit us hard. The calls just kept escalating and the strain that's put on the personnel is real and undeniable," Chief Cordes said.

Due to the severity of COVID cases and hospitalizations in the city, Moenning is actively considering a city-wide mask mandate that could come as early as next week. This comes after other cities like Beatrice and Kearney have already enacted their own.