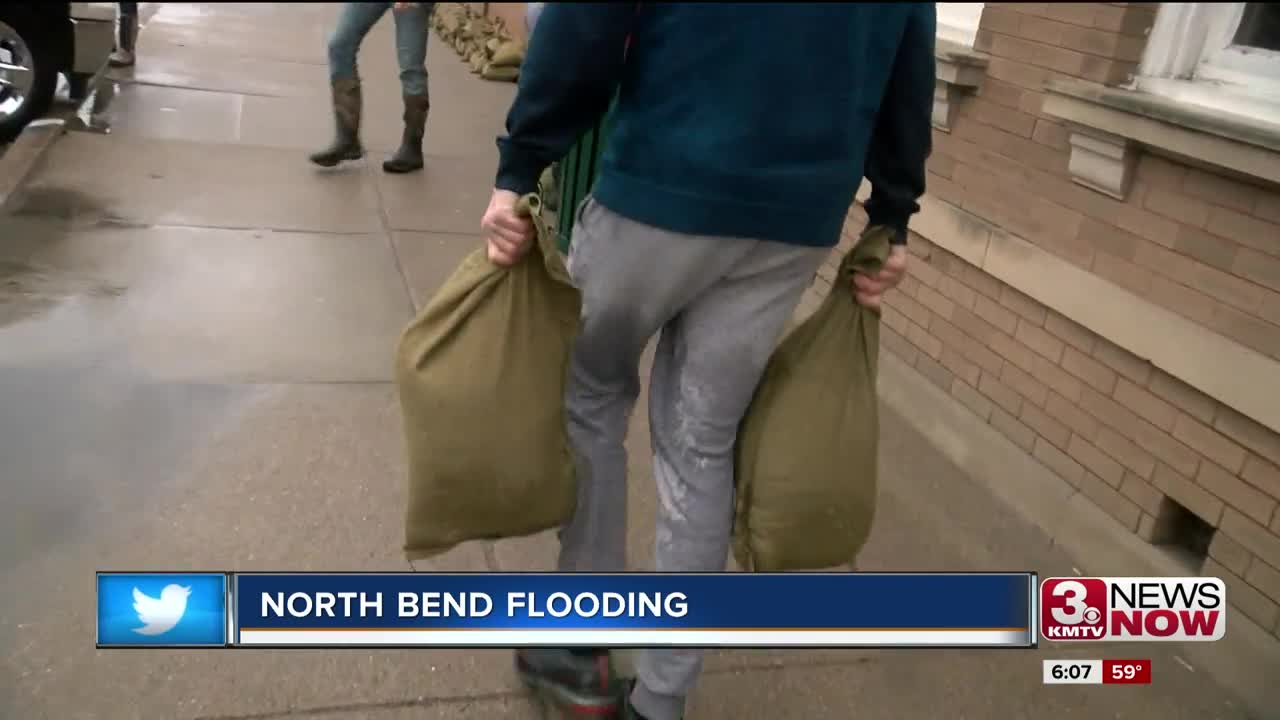 Weather has a way of bringing people and communities together. That's what's happening in north bend as the town prepares for flooding.

"Last week, we had our entire community show up to the state basketball tournament to support our boys. Today, not only those boys, but our entire community showed up again. This time they had a shovel in their hand and they were packing sand in bags, getting us prepared for what could be a potentially pretty devastating flood," school superintendent Dan Endorf says.

These conditions out here at North Bend Central high school have been caused because of frozen ground, heavy rain, and then melting snow. And that why we now see this lake here on the practice field, and this is what we're seeing all over town.

Fields along Highway 30 look more like small lakes, water is spilling over county roads, and flooding in town has left several intersections underwater.

In an effort to protect businesses, volunteers spent the day layering sandbags in the downtown area.

"They called school off today, which was really kind of nice because I've been told that a lot of teachers, and of course the students, have helped with the majority of it," city clerk Theresa Busse adds.

"They just called us out to help and we came out to do our part," one local high schooler adds.

The school's superintendent said it was an easy call to make this morning.

"A day like today is very, very treacherous for our school buses to go up and down those hills when you have conditions like we do on our gravel roads."

"So with this tiger talk, he went on and told them, you know, what was going on, where we're at with the city, and that the sandbagging process was going on and we're asking for volunteers, and, I mean, that goes out to over 500 people," explains Busse.

And if it comes to it, the high school's gym could be used for anyone displaced by flooding.