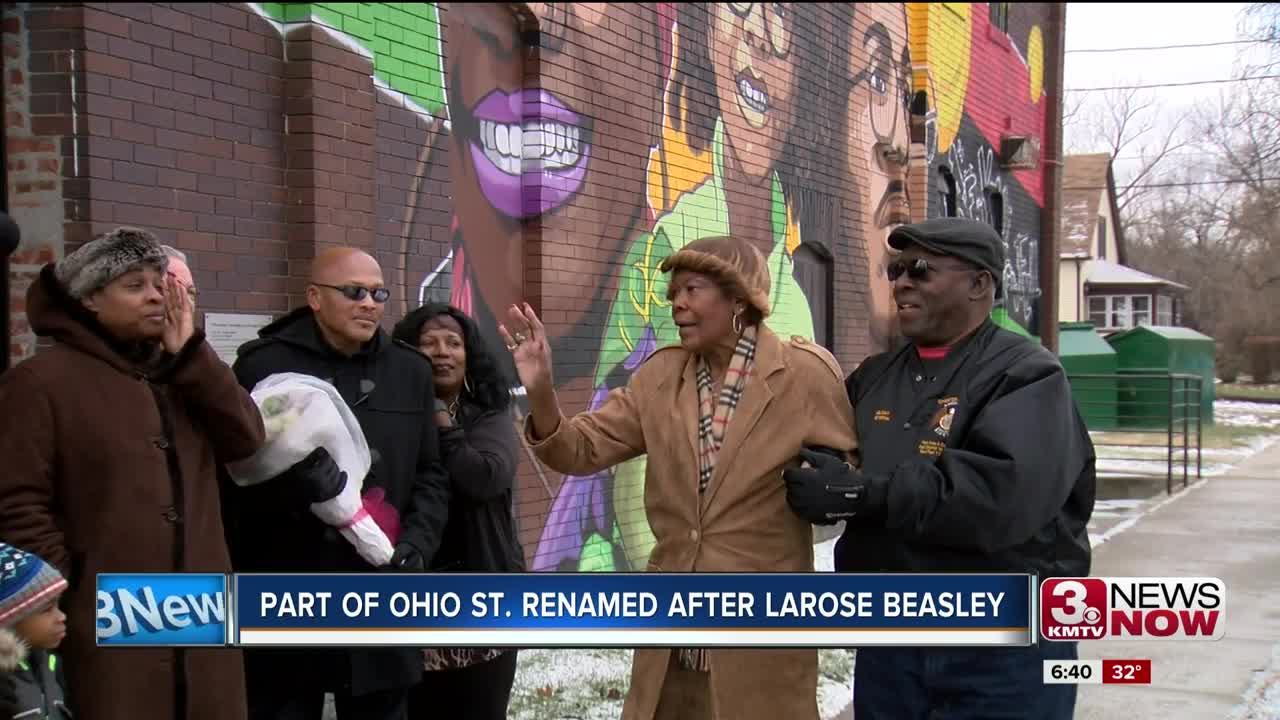 How a local woman is being honored for her impact on the community.

OMAHA, Neb. (KMTV) — An Omaha woman was honored Wednesday afternoon by having a street renamed after her.

"It's a long time coming. It means a lot...she deserves it," says her son Ronnie Beasley.

Beasley opened Larose's Beauty Academy at this intersection in 1992. She ran the school for about 20 years. It was the only school in North Omaha teaching students how to work on all hair types.

"It means the world because I never thought anything like this would happen to me," she says. "And to be able to live, to see it...like I said before...a lot of people get recognition but their eyes are closed."

Beasley was and is a role model for many entrepreneurs in North Omaha...teaching them perseverance.

"What we saw of her gave us the inspiration to do the things that we're doing in life right now," says her son Anthony Beasley. "I was a head basketball coach for 20 years. The things I saw from her helped me in my career, working with kids."