NSP escorts one of their own to hospice care 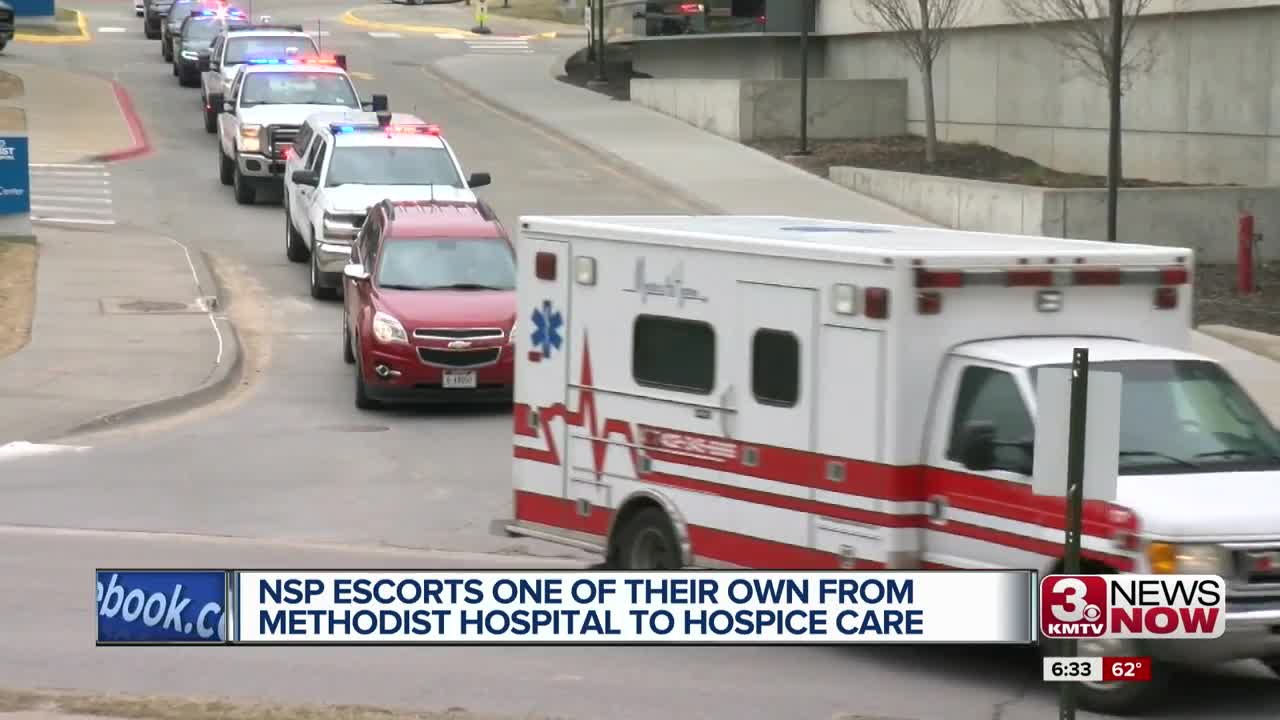 How Nebraska State Patrol honored one of their own who is headed to hospice care.

OMAHA, Neb. (KMTV) — The Nebraska State Patrol (NSP) took care of one of their own on Wednesday.

Barbara Klinetobe has been a dispatcher with NSP for 40 years. She is currently fighting cancer and was escorted from Methodist Cancer Center to hospice care.

Eight NSP patrol cars escorted the ambulance she was transported in with lights flashing.

NSP Lieutenant Michael Grumert said it was an honor for the patrol to escort her.

No trooper working today has been with NSP longer than Barb’s 40 years. What a special moment to honor an amazing cancer fighter. #BlueFamily #ThanksBarb pic.twitter.com/ltW8IKfppS