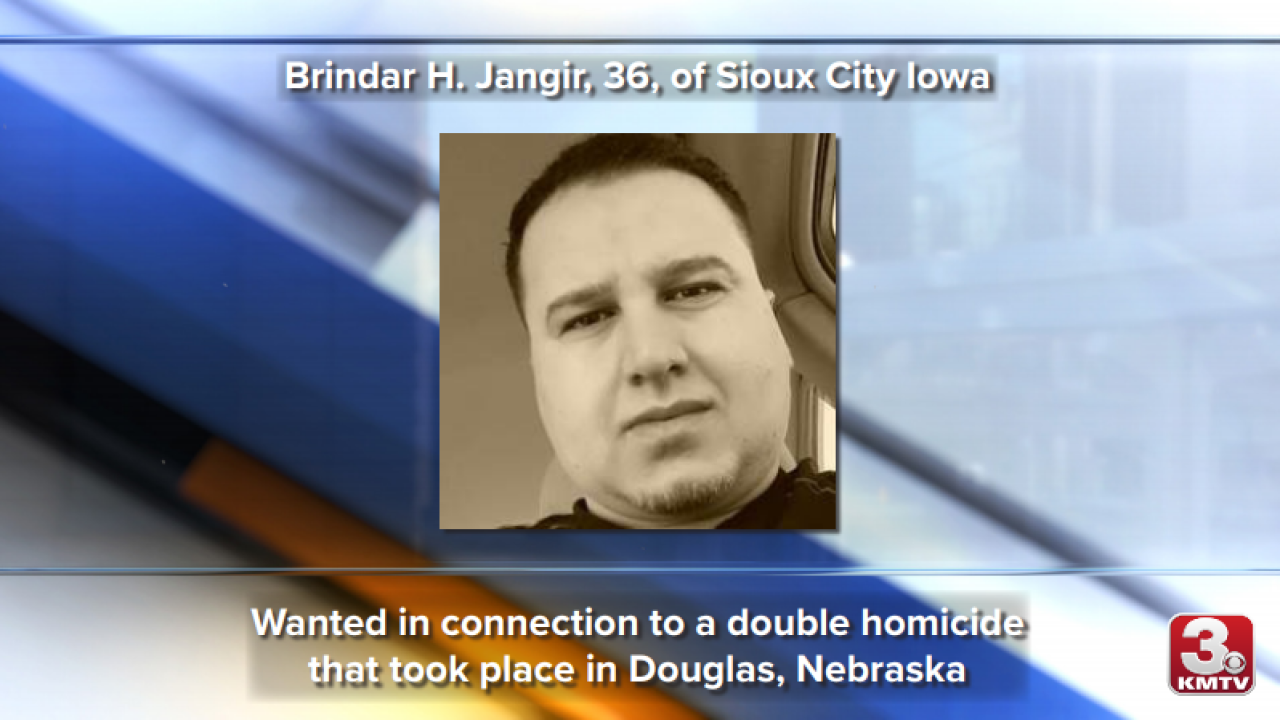 NSP says Jangir is "extremely dangerous and may be armed."

A first-degree murder warrant was issued for Jangir in Otoe County for the murders of Randal and Annette Grimes of Douglas, Nebraska. The victims were found deceased last Saturday morning.

Another warrant was issued in Lancaster County for a stolen firearm which authorities believe was used in the murders.

Investigators say it isn't likely that Jangir is still in the area but warn people to call 911 immediately if you see him.