Crash near 128th and Industrial Road 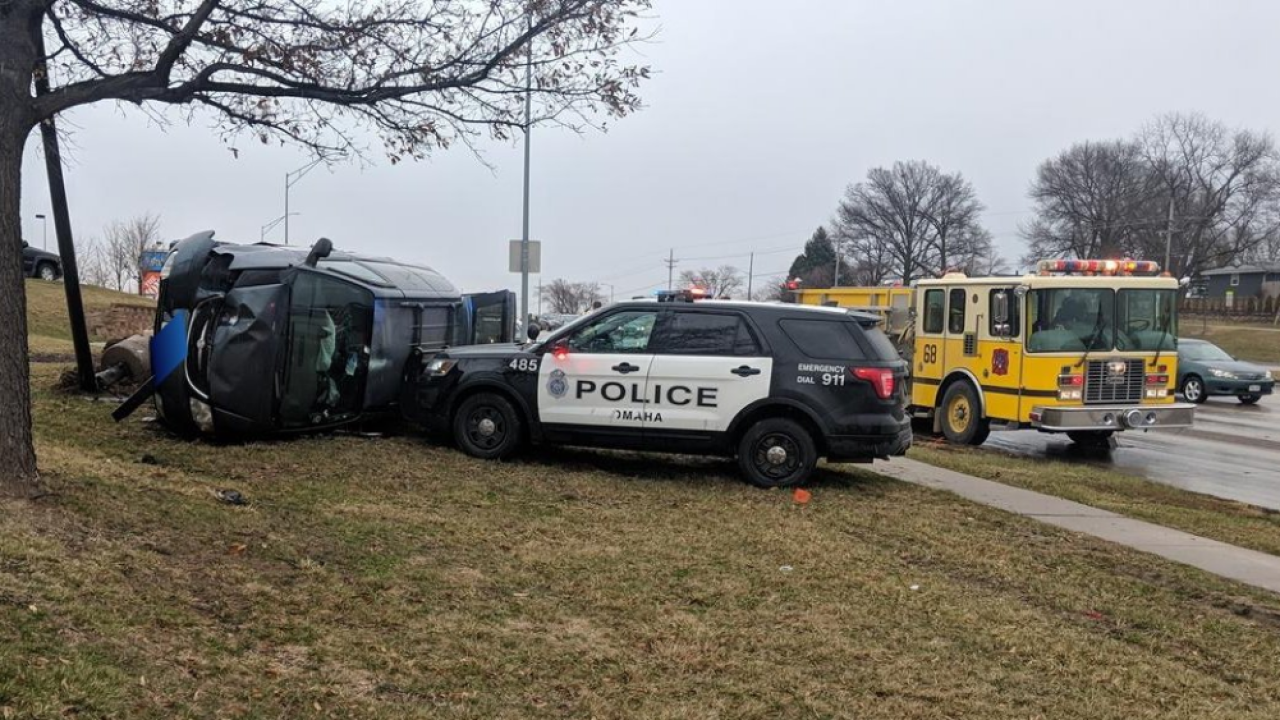 OMAHA, Neb. (KMTV) — Today, a member of the Omaha Police Officers Association tweeted a picture of a rollover wreck near 128th and Industrial.

One officer at the scene used his cruiser to prevent the car from rolling over further.

There's no word on the driver's condition at this time.

Quick thinking today by member Ofcr Miller to use the cruiser to prevent this vehicle from further roll over as member Ofcr Book rendered aid to the driver inside. This crash was near 128th/Industrial; the driver was taken to hospital unknown condition. pic.twitter.com/FRFzGyYs7o