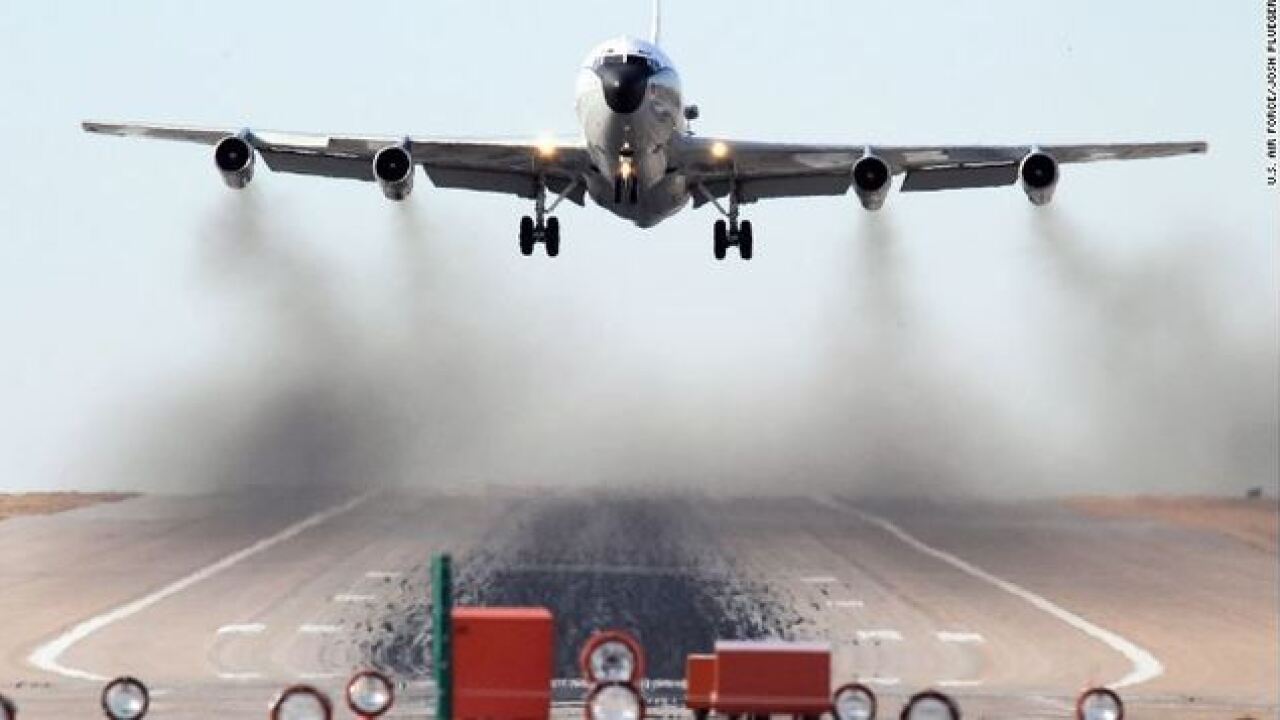 Posted at 8:12 PM, May 18, 2017
A plane based out of Offutt Air Force Base in Bellevue was involved in what U-S officials are calling an "unprofessional" intercept by two Chinese fighter jets over the Yellow Sea on Wednesday.
Officials tell CNN the Su-30 fighters came within 150 feet of the WC-135 in international airspace. One of the Chinese fighters flew upside down over the U.S. plane.  The four-engine WC-135, which is called "Constant Phoenix", looks for airborne elements a nuclear test of any type would emit. The collected samples can be analyzed to determine exactly what happened. The Air Force has two of the WC-135's which operate out of Offutt. Officials say they have been regularly deployed in routine missions in Northeast Asia, and in the past have been used to gather evidence of possible North Korean nuclear tests.
Wednesday's incident was the second between U.S. and Chinese planes this year.  In February there was what U.S. Officials call an "unsafe close encounter" between a U.S. Navy P-3 Orion and a Chinese surveillance aircraft over the South China Sea. The planes came within 1,000 feet of each other, and the U.S. plane had to alter course to make sure there wasn't a collision.
Close encounters between U.S. and Chinese planes are relatively rare. There were no incidents in 2015 and two in 2016.
Copyright 2017 Scripps Media, Inc. All rights reserved. This material may not be published, broadcast, rewritten, or redistributed.