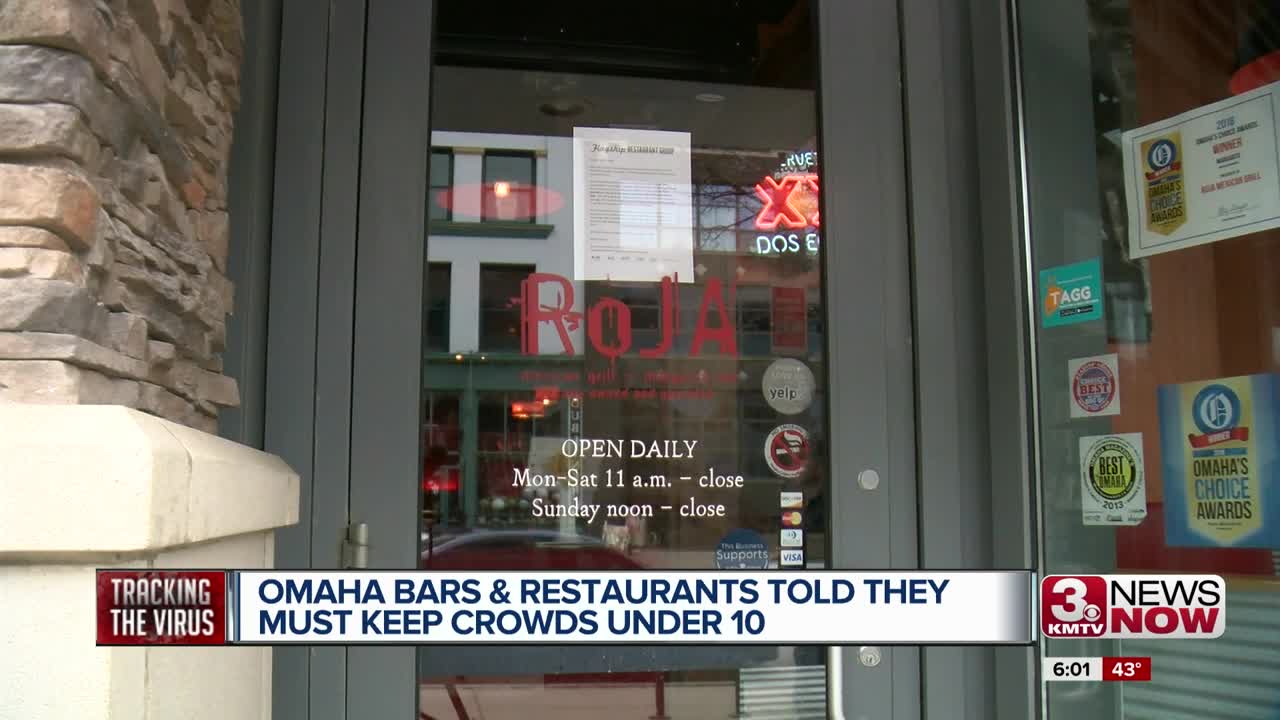 OMAHA, Neb. (KMTV) — Bars and restaurants will be limited to under 10 people, for now, they may completely close if one more case of community spread is found in Douglas County.

"I'm worried about small businesses if they'll be able to survive this,” says Mayor Jean Stothert.

Omaha police say they'll do some random checks, but they'll enforce the order from complaints. Omaha Police chief deputy Ken Kanger says they’ll first educate business owner before possibly citing them, or forcing their bar or restaurant to shut down.

This will also hit employees at those businesses.

The mayor expressed some good news for those hourly workers, saying the philanthropic community is working on a fund to help them out.

Dubliner pub is expected to be open from 6 a.m. until 2 a.m. on Saint Patrick's day, so with the new restrictions, they know they're going to take a big hit.

"You want me to start crying right on TV”? says owner Frank Vance.

The bar with a capacity of around 180 that is usually packed on Saint Patrick’s Day, will go to a capacity of 10. Owner Frank Vance canceled live music and special food offerings for Tuesday.

Vance is thinking of the bartenders and servers who don't know what's next.

"We're really concerned about our employees, it is a tough, tough thing for them and we're trying to get that figured out so it stays fair for them,” says Vance.