A Star Wars themed Halloween costume for one Omaha kid 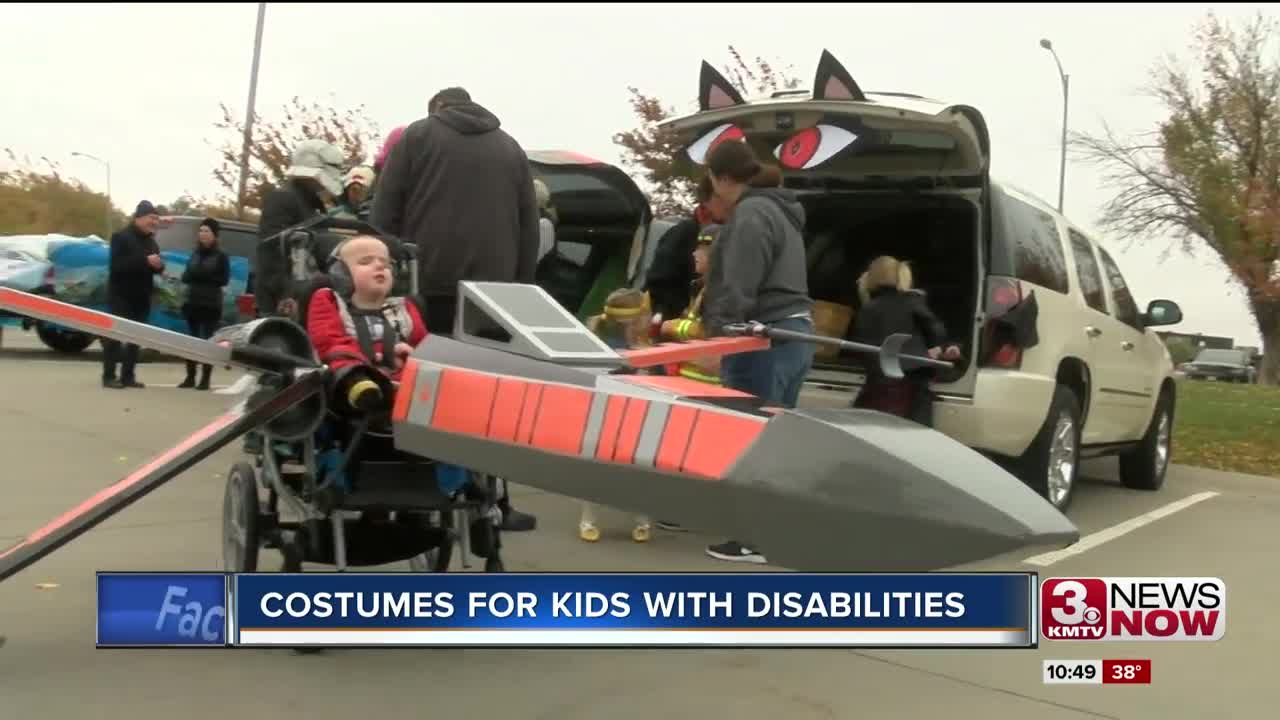 OMAHA, Neb. (KMTV) — 5-year-old Raylan Taylor will be flying high in his innovative costume this Halloween.

"It is the Poe Dameron X-Wing from Star Wars," his mother Jocelyn Taylor said. "He is apparently the best pilot in the X -Wing universe."

Jocelyn Taylor says her son was born with Joubert Syndrome, a rare genetic disorder which impacts his fine motor skills.

So, to get around, Raylan uses a wheelchair, which can make costumes and trick-or-treating a difficult task.

"I think it's easy for kids and parents alike to feel a little bit restricted by what they can do for a costume, especially if they're in a wheelchair, Jocelyn Taylor said. "Having something like this makes the chair actually part of the costume."

Raylan's costume was built by a non-profit, Walkin' and Rollin', which creates Halloween costumes for kids in walkers and wheelchairs.

Raylan's fighter jet costume took nearly 150 hours to build. He showed it off on Sunday, October 27 at Trunk or Treating, an event put on by CRCC to knock down barriers for children with disabilities.

Not only is Trunk or Treating removing obstacle, it's starting a conversation with a younger generation.

"It's nice. It's not like a bunch of stairs. It's just flat smooth surface,so they can come up and say trick-or-treat," Adeline Grot said. "It's not just someone getting the candy for them."

These kids say Halloween is for everyone.

They add the focus should be on eating candy and wearing a creative costume, one just like Raylan's.

The non-profit says they wish they could accept all application to build costumes, but can't until they find more volunteers.