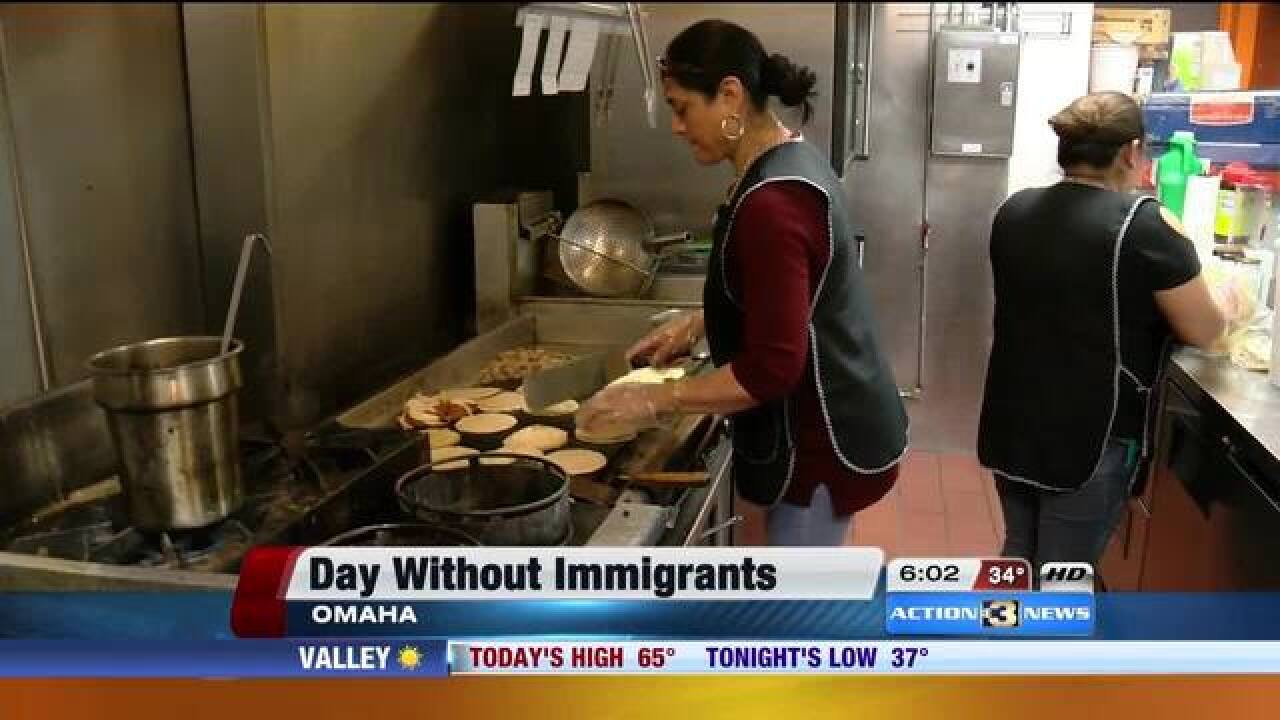 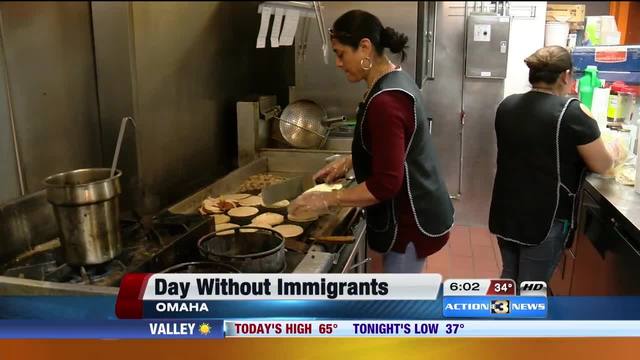 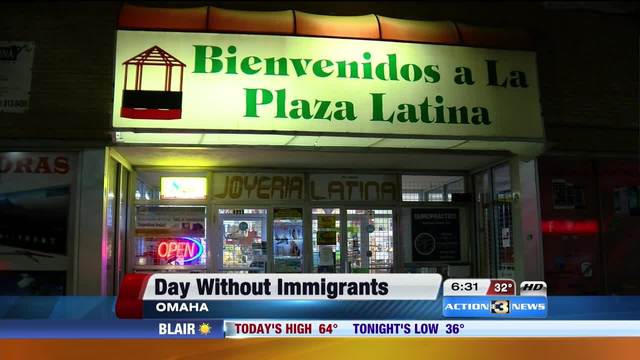 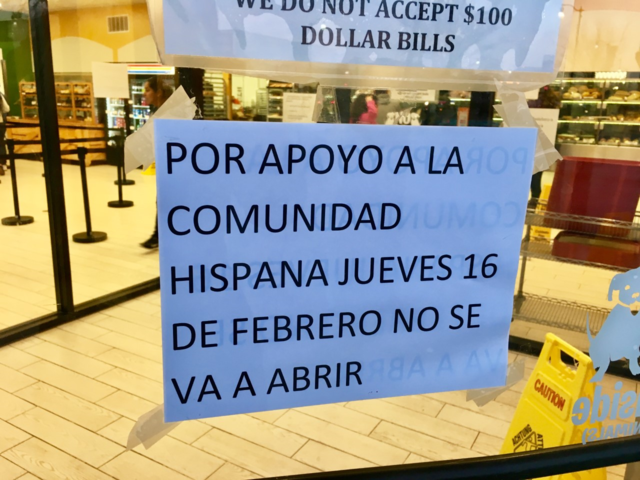 On Thursday, many businesses across the country will close as immigrants plan a silent protest called "A Day Without Immigrants."

In the Omaha metro, many are taking part.

This is  a response to President Trump’s pledges to crack down on immigration, promises to build a wall along the U.S.-Mexico border, and using ‘extreme vetting.’

The boycott, which is meant to demonstrate immigrants’ importance to the U.S. economy, calls for immigrants not to attend work, open businesses, spend money, or even send their children to school.

South Omaha Businesses located on 24th Street, like International Bakery has signs posted on their door saying ‘In support of the Hispanic community, we will be closed Thursday, February 16th.’

"We feel the impact of what immigrants are suffering right now. And we Hispanics are the majority in this area. We have to support Hispanics 100%,” says Palomares.

Palomares has three businesses in the area and says she plans on closing all three locations, despite the economic sacrifice she will make during one business day.

"It's important that we support each other. Because I feel like if one Hispanic suffers, we all suffer. We're the same community,” says Palomares. “So yes, it will be a big sacrifice but that’s the whole points of this. Making a statement.”

Other business owners, like Tony Vega, who owns Plaza Latina says his business will remain open, mainly because there are other businesses located inside his building, which aren’t run by immigrants and can’t afford to close.

Vega says he supports those who want to participate in the protest, but says if people truly want to make an impact, those participating should use the day to make a statement and not use the day as a ‘free day.’

“Okay, if we're going to do this movement, we need be firm. If you're a business and don't open tomorrow, then go home. Don't go out shopping and consider it a free day. We need to do what we need to do to send the message. And that's do a demonstration to really show what the economy would be if we didn't contribute,” says Vega.

“It’s completely up to the business owners if they choose to open or close tomorrow,” says Peck. “We’ve had business owners say they’ve received threatening phone calls saying they need to close, and that’s not true. Every business has the right to participate or not”