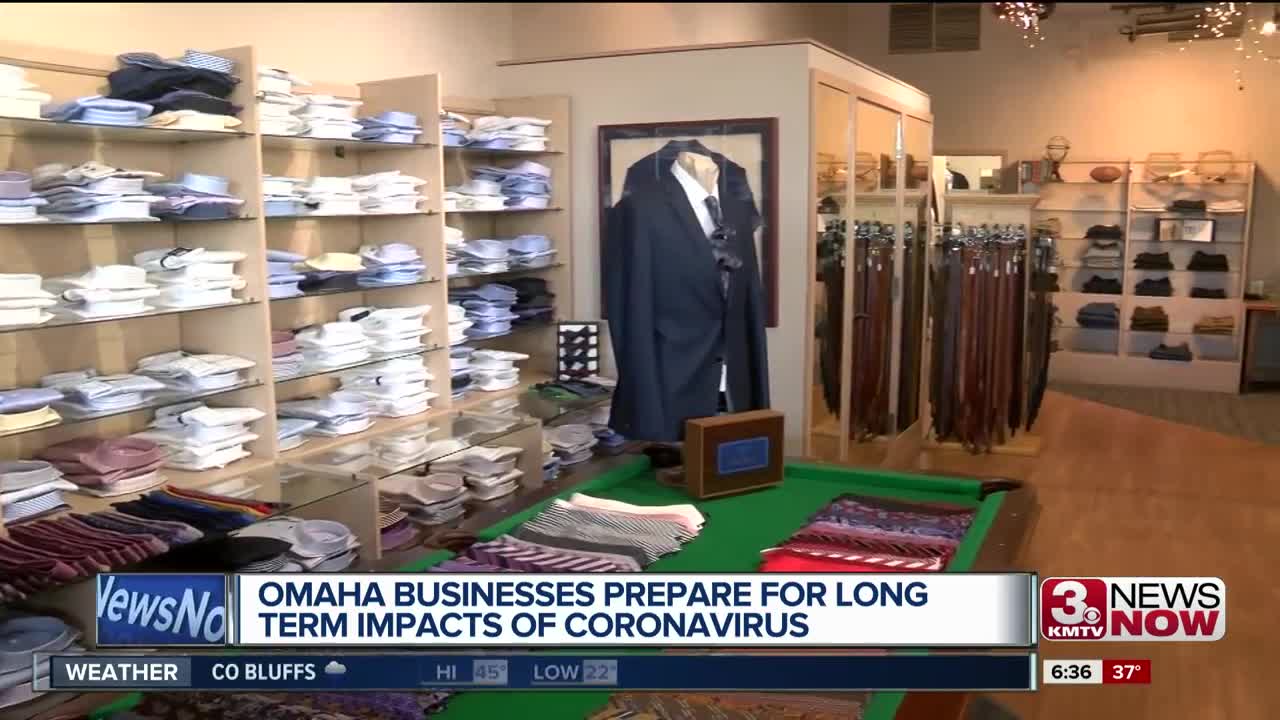 OMAHA, Neb. (KMTV) - The virus that's captured the attention of the world is now impacting more than just health.

The coronavirus has caused multiple cities in China to go on lockdown causing manufacturers to stop production.

Bridal shops, tech stores and apparel stores said they've been warned from manufacturers that in the next few months they could see delays in products.

KMTV’s Kent Luetzen called multiple businesses in the metro area to see if they've been impacted by the stop of production happening over in China.

With the recent outbreak of the coronaviurs across Asia, many apparel stores across the country are left with some uncertainties down the road.

That includes Jerry Ryan Clothing and Sportswear, a family run business in Omaha. KMTV’s Kent Luetzen talked with other business owners across the metro area that are also planning for delays in product.

Major U.S. companies are taking a hit as well, including Ford and Apple, who have closed factories and retail locations because of the outbreak.

Supply chains for products from cars to smartphones are disrupted, and flights and cruises are being canceled, as well.

Despite these changes, the Ryan brothers say because of their planning they still have plenty of suits to choose from.

"Where you might see a little bit of a problem is later in the summer, so we've taken that approach to head that off and bolster our inventory,” said Dan Ryan.

Dan Ryan says a majority - 75 percent - of their inventory comes from overseas.

He says he's thankful for long, strong relationships with manufacturers that have helped them prepare not only for the next few months but in the past as well.

Dan Ryan said it's normal for production to be slow this time of year anyway with the Chinese New Year and designers taking time off from work.