Omaha Chamber: It "is critical" business incentive bill passes in 2020 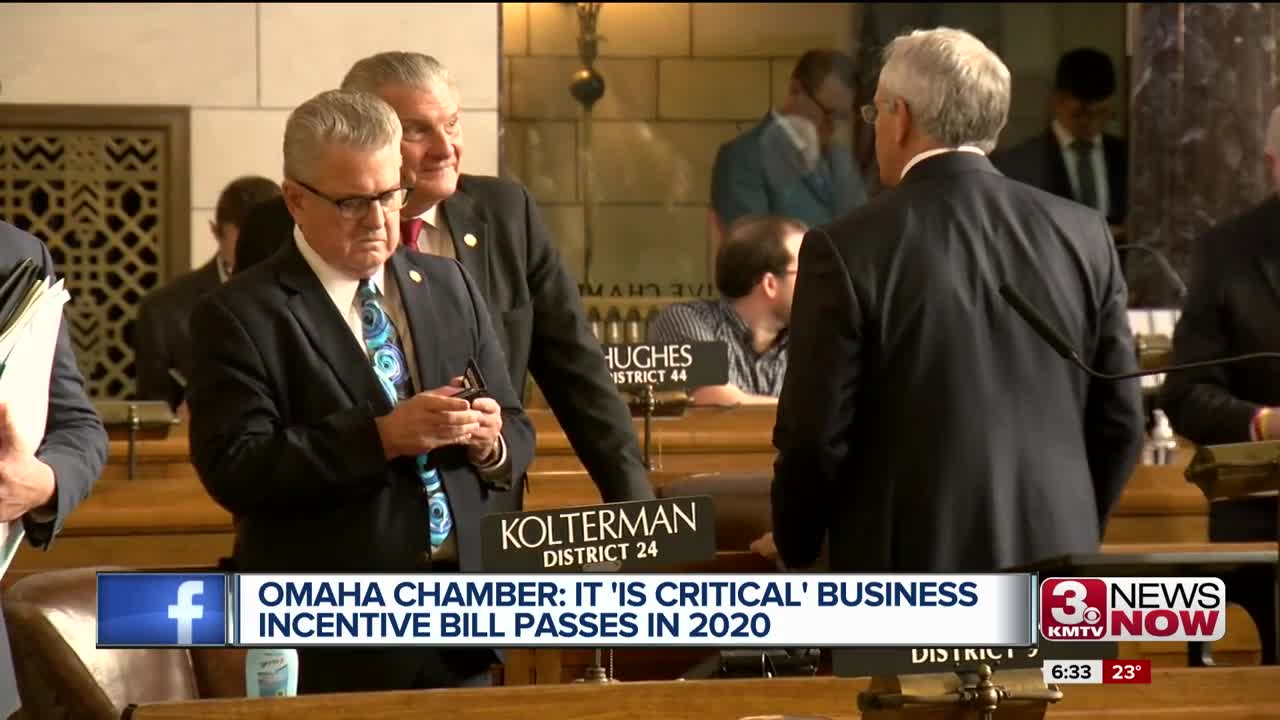 Why Omaha's Chamber says the bill needs to pass for Omaha's sake.

OMAHA, Neb. (KMTV) — Chair of the Omaha Chamber of Commerce board of directors Tim Burke talks in very stark terms, saying dozens of companies that are considering coming to the state, will look elsewhere if the business incentive bill doesn’t pass in the Legislature.

"There may be 50 projects that are going on right now in conversations with companies, it would shut down those projects,” says Tim Burke, Chair of the Board of Directors at the Omaha Chamber and Commerce.

Pass the business incentive bill this session, or see many prospective companies go to Iowa or another state.

“It would just be another opportunity for them to kind of say, 'we're going to move them into a bucket where we're not interested any longer,” says Burke, who also serves as President and CEO of OPPD.

The ImagiNE Nebraska act, would give tax breaks to businesses, mainly manufacturing, ag-related or tech companies, that have 10 or more employees and pay those employees well.

One difference from the current law is a focus on retaining companies already here.

Hoping to convince a company like Charles Schwab that they can get tax breaks if they keep current TD Ameritrade employees in Omaha.

"So we maintain that employment, retain those jobs here in the state, which is pretty important,” says Burke.

Last year rural senators didn't love the bill, saying there was too much "pork" in it and calling it a tax reduction for big business. But now many of them are conditionally on board.

One reason is because of adjustments, allowing rural companies that have less employees and pay a little less to still get rewarded like a big Omaha company would.

"We really are looking at building an incentive program that is responsible to our whole state," says Dave Rippe, the former Economic Development Director in Nebraska.

That made the bill more palatable to Tom Briese, who represents one of the most rural districts in the state, but still the business incentive legislation only gets done if urban senators agree to property tax relief.