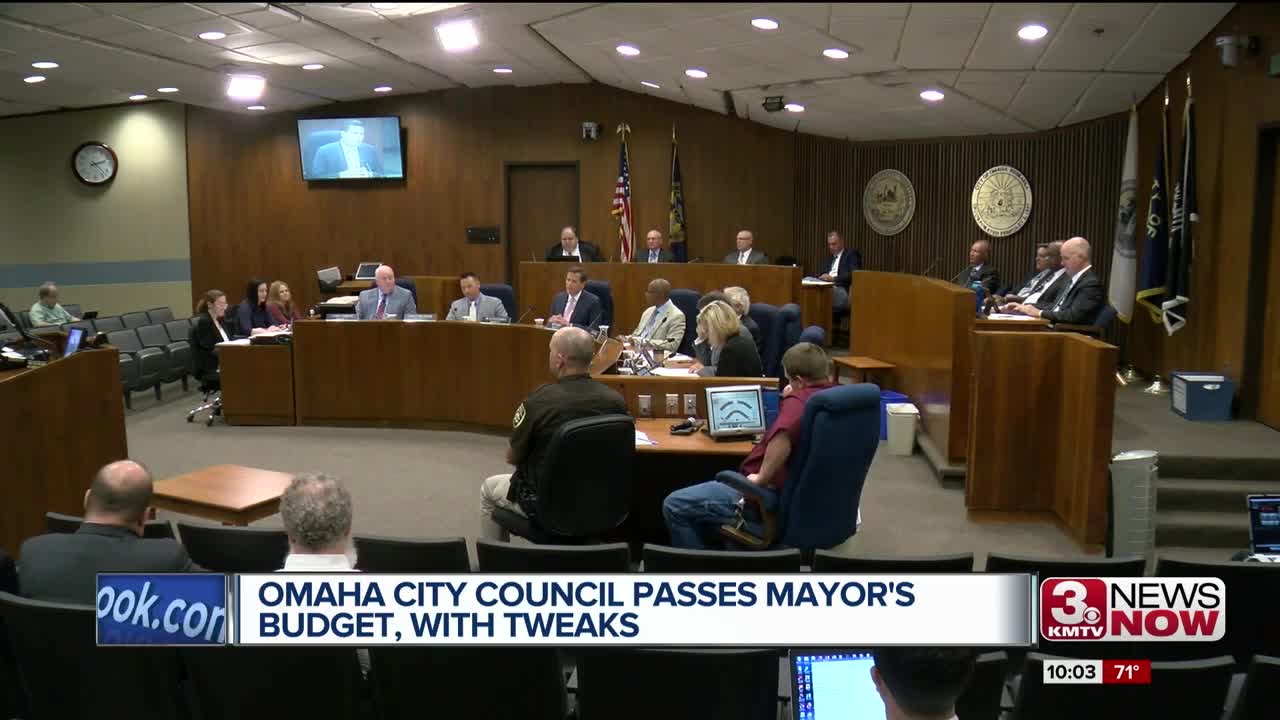 The city has a budget for next year. But the city council added in a few things, Mayor Jean Stothert did not.

One of those being two additional housing inspectors, as the city ramps up its revived inspection program. The city currently has nine, the mayor wanted 10, the council voted to budget for 11.

"When we look at our history here on housing inspectors going back to 2013, we had 12 appropriated, and that was six years ago and this year we'd only have 11 appropriated if this is even approved so to me the city's growth alone would justify the addition of this position,” says Council-member Pete Festersen.

After the meeting the mayor said they may not hire the 11th inspector in 2020.

The only budget amendment to get a split vote was $63,000 funding for a youth job training program. The program would push kids toward careers in trade labor jobs like electricians, carpenters and plumbers.

"Not all the kids are going to go to college, that's just the facts, and not all of them are going to go in the military, so let's get them on a path to improve their quality of life,” says council-member Vinny Palermo.

It passed, with nay votes from councilmembers Harding and Melton, plus Mayor Stothert says the group, Nebraska Center for Workforce Development would have to apply using the normal grant process before getting any city money.

"That is a brand new program, I don't think they have any history whatsoever, with the program, it's based out of the fire union hall, I saw what their plan is, and their plan is basically six half-hour meetings,” says Stothert.

All the extra money approved Tuesday came from a special contingency fund, and didn't affect the rest of the budget.

The city council voted to continue to fund the PACE program, a police led athletic league that gets kids involved in sports who otherwise might not be able to afford them. The city will give the program $60,000 in 2020.