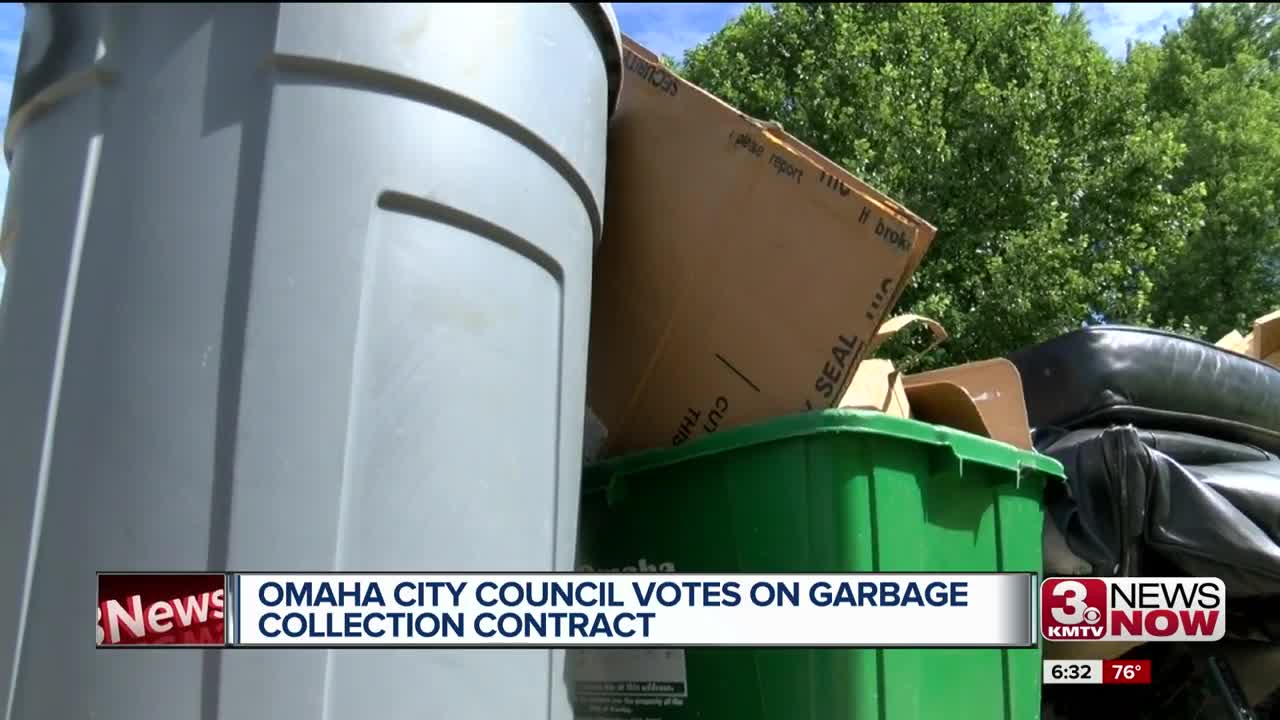 The contract will go to FCC, based out of Spain, for at least the next ten years.

The main issues were cost, trust and if yard waste will be mixed in with trash or not. All will include new, larger trash carts.

Residents we spoke to say more than anything...the trash needs to be picked up when they say it will.

"Basically showing up, not necessarily on time but the right day so it doesn't sit there until 5 or 6 o'clock at night," says Omaha Resident Kevin McMahon.

"I'm not opposed to co-mingling. I kind of like it when they do pick up the yard wast at the same time as the trash but I wouldn't be opposed to a separate bin either. It makes storage a little more difficult...where do you put the three bins? I'd be willing to work with that if we knew we had the reliability and consistency," says Larry Epperson of Omaha.

The lowest bidder, WCS, would have a three-cart system...collecting everything separately but Omaha Mayor Jean Stothert and the Public Works Department don't believe the company has the resources to handle a city like Omaha. They want FCC's two-cart plan...with unlimited yard waste pickup in the spring and fall.

The council had more questions about why WCS wasn't initially seen as a realistic candidate, if the bid process was followed properly and if FCC's history was thoroughly reviewed.

"This is basically...it could be a 20-year deal worth approximately half a billion dollars so we got to get it right upfront," says District 5 Councilman Rich Pahls.

The plan was approved with a 4-3 vote.

"At this point in time, I think the mayor has delivered on what I asked for. I wanted covered carts, separate yard waste and no tax increase," says Melton.

The contract is worth about $24 million a year with increases every year. The city has the option to extend the contract for five years, two times.