Omaha couple celebrates anniversary at restaurant parking due to COVID 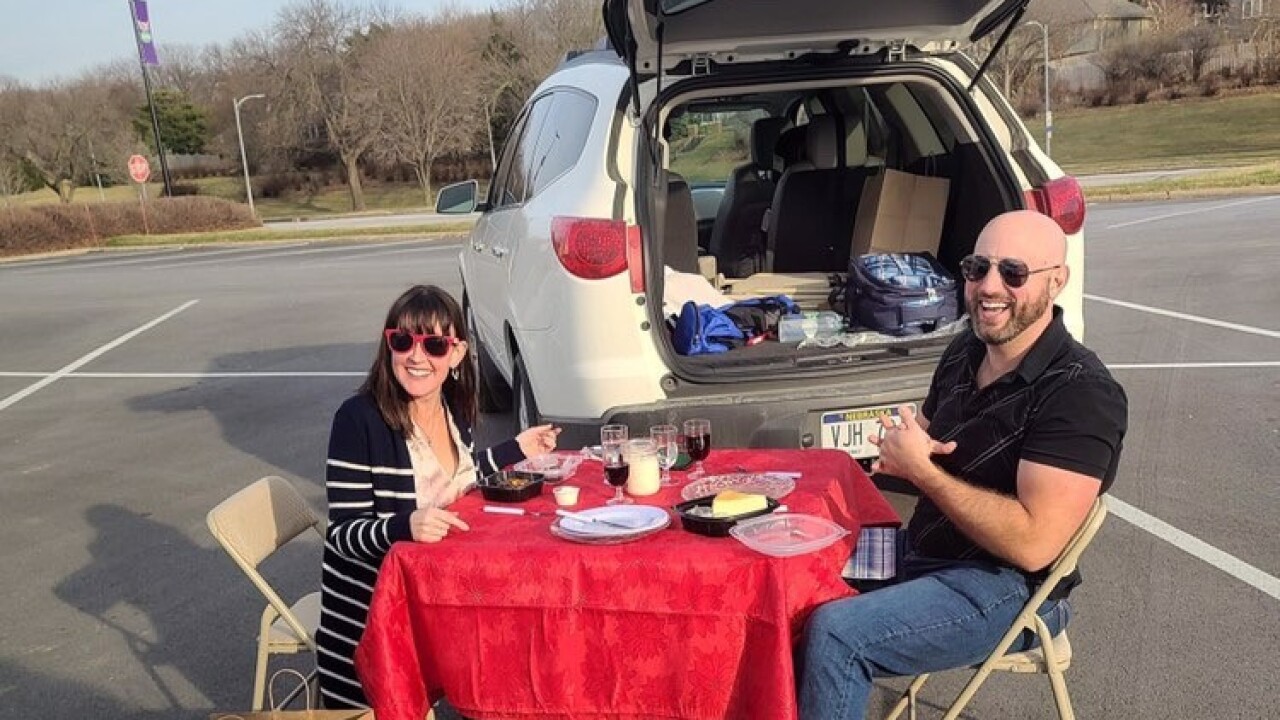 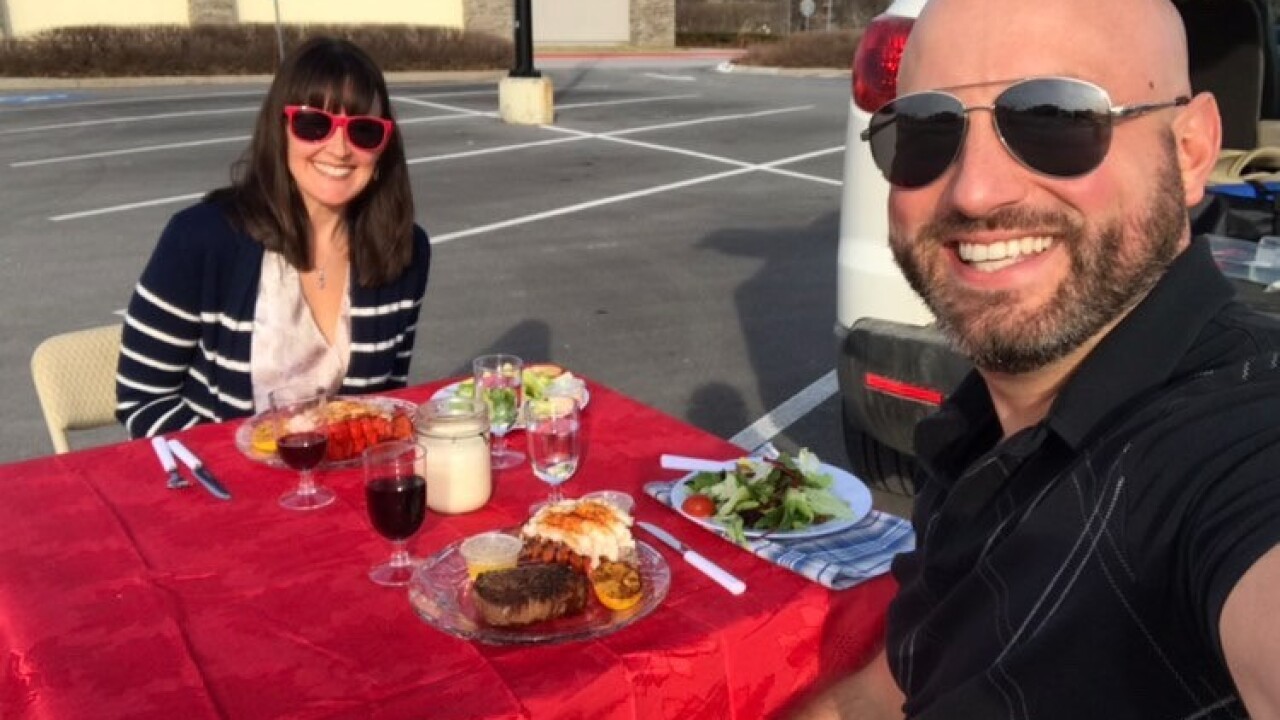 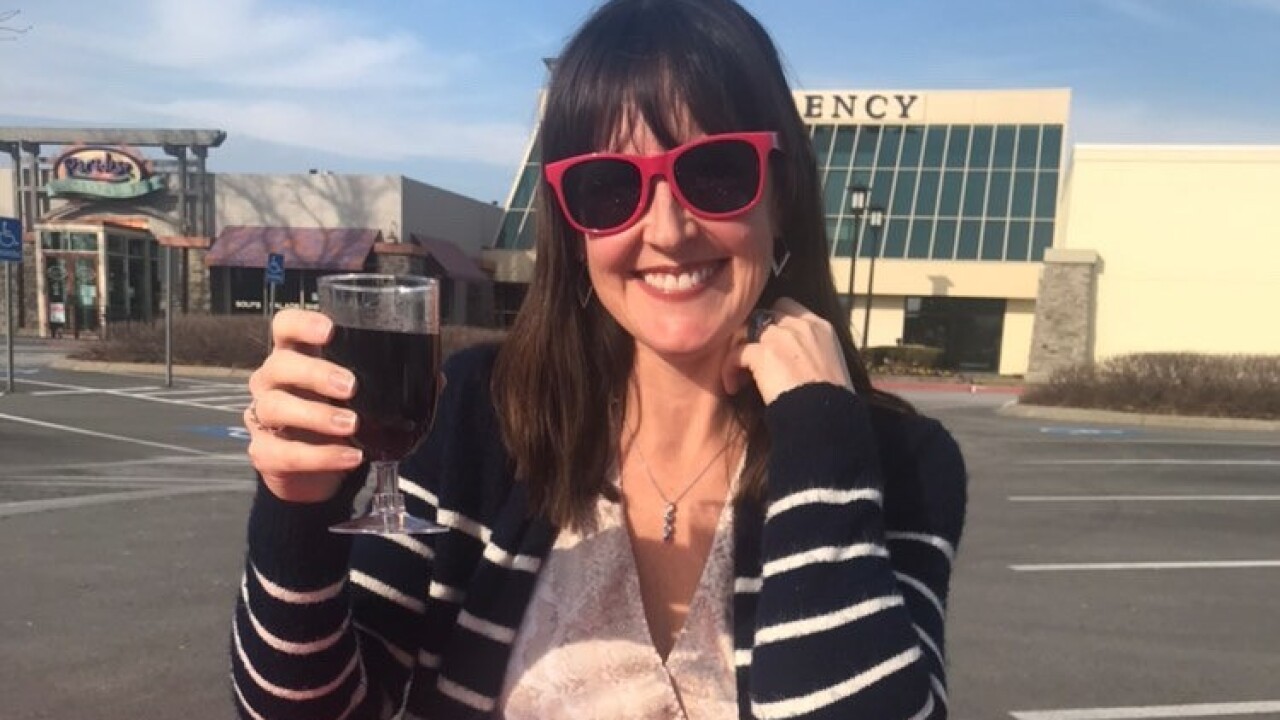 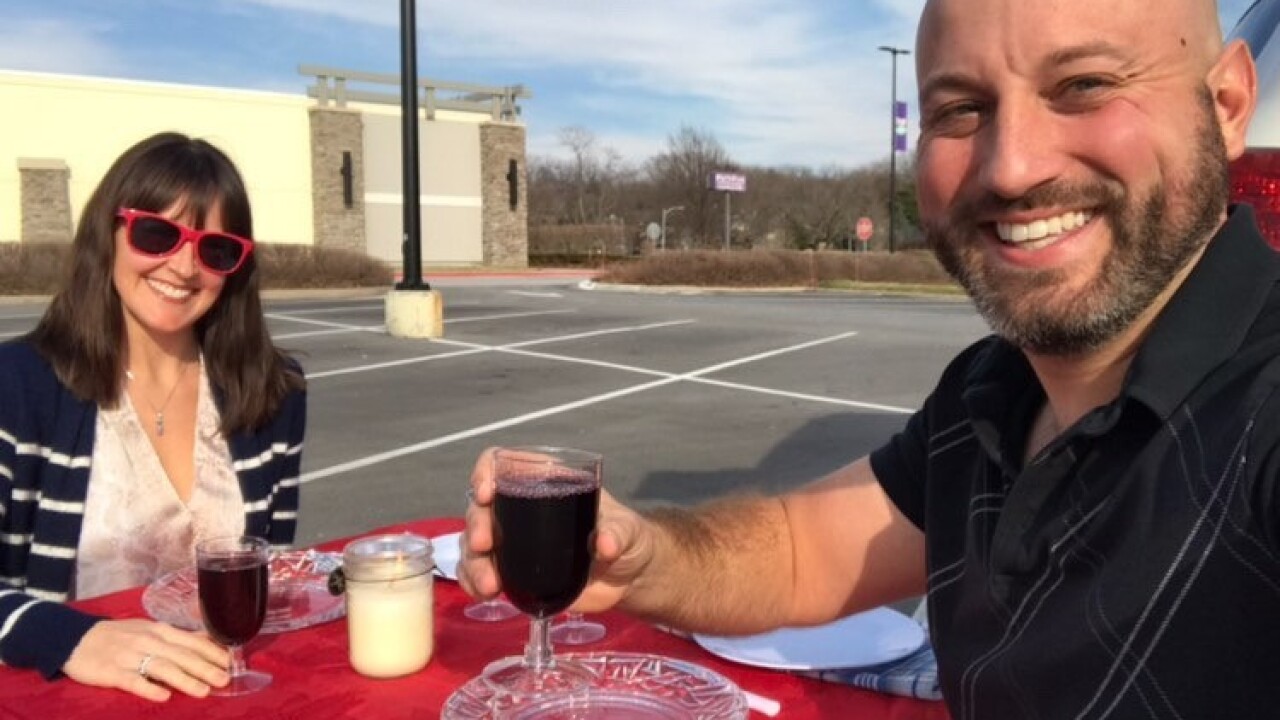 Lucas and Lauren Corbett met in 2010 and have been married 8 years, but every year they celebrate the anniversary of their first date, which is March 26.

Due to the Coronavirus outbreak, restaurants in Omaha are closed for dine-in service, but Lucas still wanted to take his wife out for a special dinner so he orchestrated a surprise.

He and his wife dropped off the kids at his sisters in the early afternoon, then the couple drove to Fleming's Prime Steakhouse & Wine Bar at Regency Mall. They've celebrated there several times throughout the years but he wanted to take advantage of a special the restaurant is currently serving.

"She knew we were doing something because the chairs were sliding around in the back of our vehicle," Lucas told KMTV. "I told her not to turn around. We stopped at Fleming's she goes, 'are we really doing this?' I told her, absolutely."

The couple pulled out the chairs, a folding table and set up camp in the parking lot, with a candle as the centerpiece. Lucas called Fleming's and explained they were setting up outside as he ordered their dinner.

The Corbetts celebrated with wine while they waited for their take out, then a Fleming's staff member and the General Manager delivered their meal, congratulated the couple and said they had sent a photo of their setup to the restaurant's president.

"The president emailed me about an hour after dinner and said we made the staff's night. She told us to come back as their guest when they open up again. That was so nice of them!" said Lucas.

Even throughout this social distancing era, Corbett's romantic surprise worked out.

"Fine dining in the parking lot! Really glad the weather worked out."