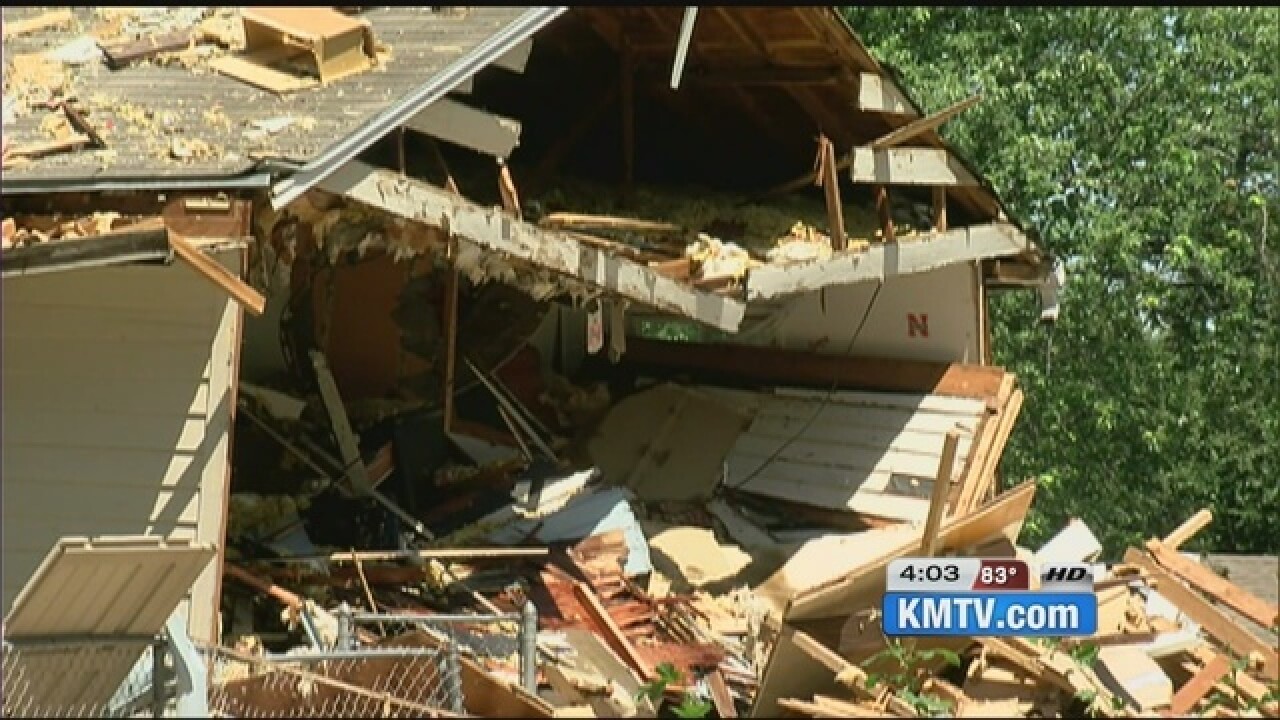 An Omaha couple is suing Metropolitan Utilities District, saying the company could have done more to prevent the 2016 house explosion that killed one in Benson in 2016.

Last month, John and Jamie Myers, whose home was one of the three destroyed by the explosion, filed the suit alleging MUD is at fault. After the explosion, one of the Myers' children was injured "physically and mentally" after being trapped in the basement for an extended period of time.

According to our partners at the Omaha World-Herald, the couple's attorney said MUD should have known that gas was leaking and “a dangerous condition existed.”

The Myers family says they have suffered $145,000 in damage.

“We do not believe MUD is responsible for the events in question,” spokeswoman Jessica Heidebrecht told the World-Herald.