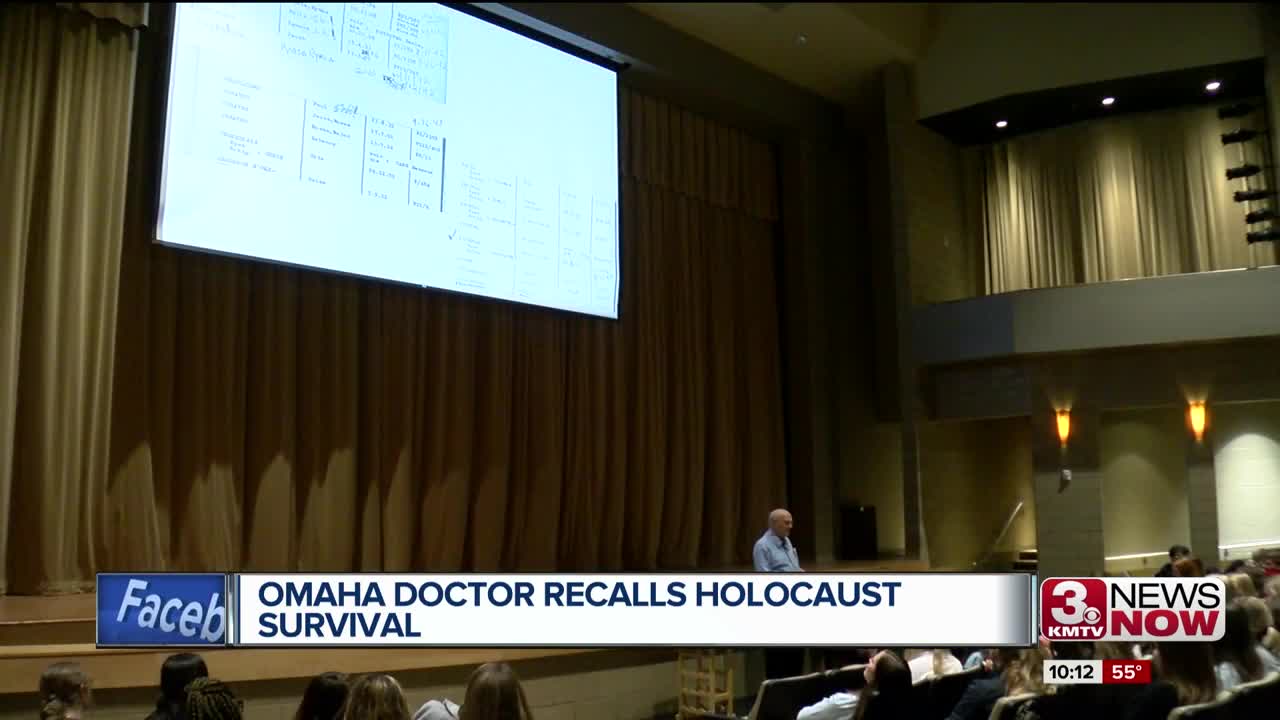 He knew his uncle found him after the war and took him to live with his family. He was just a toddler during World War II, eventually learning more about himself at a gathering in New York with other hidden children who survived.

“When I was four years old and I was in Wezembeek, my name was Frans Jeruzalski,” said Dr. Kader.

Jeruzalski lived in a Jewish orphanage in Belgium with other children before his uncle found him.

How he got here is a complicated story.

He told students he was at a train station, where they were bringing Jews to Auschwitz, with his mother when she had a revelation.

"He's got blond hair and blue eyes. He looks more Aryan than the Aryans. If he is going to have a chance of surviving he's got to get out of the train station now. And that's exactly what my mother told me to do."

Somehow, Dr. Kader ended up in a barracks with five other little kids and eventually was saved by a heroic nurse.

Madam Marie Albert Blum was a nurse who took care of Jewish orphans in Belgium.

Somehow, Dr. Kader's uncle jumped off that train, and not only survived, but found him.

And years later - at an international conference for hidden children, Dr. Kader met one of the older children, Marcel Chojnacki, who found him at that train station - and discovered what had happened to save his life.

"And I picked you up and I brought you to Mrs. Blum," Chojnacki said. "Then we were allowed to go back to Wezembeek. You were sitting on my lap when we were in the truck."

"You mean the night it was pitch black, it was a thunderstorm, the thunder was incredible and there was clanging going on and I was upset and I was crying?" Kader said.

"Crying was nothing," Chojnacki said. "You were hollering away; we couldn't even hear the thunder."