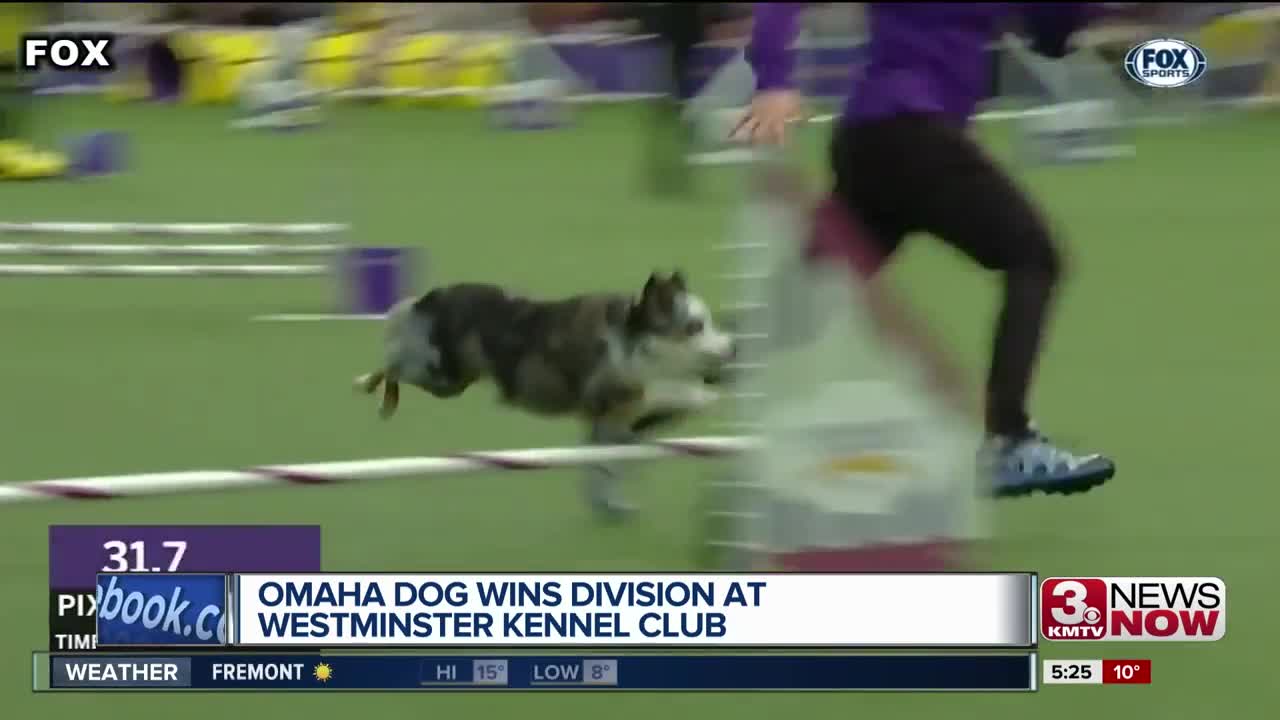 OMAHA, (Neb.) — Pixel is a speedy six-year-old miniature American shepherd. She may be small, but her personality is big. Her owner, Ami Sheffield says Pixel can be a bit of a diva, but she does deserve some special treatment.

This month, Pixel won the 12-inch agility division at the Westminster Kennel Club's Master Agility Championships. Dogs from all over the world compete by racing through a complicated course as their owners guide them. While Ami is in charge at home, she says Pixel gets to call the shots when they're out on the course.

Pixel's bossiness has gotten them quite a few awards. Pixel has two large shelves filled with ribbons and trophies. Ami says she keeps the biggest trophies on a few shelves in her home, but the rest go in storage.

"I don't keep any or save a ton of ribbons because you know, what are you going to do with them?" said Ami.

Ami says the trick is making sure your dog is having fun when they compete.

This was Pixel's first time competing at Westminster. Ami says her friend entered her into the competition for fun. Pixel won her division, finishing the entire course with a time of 33.45 seconds.