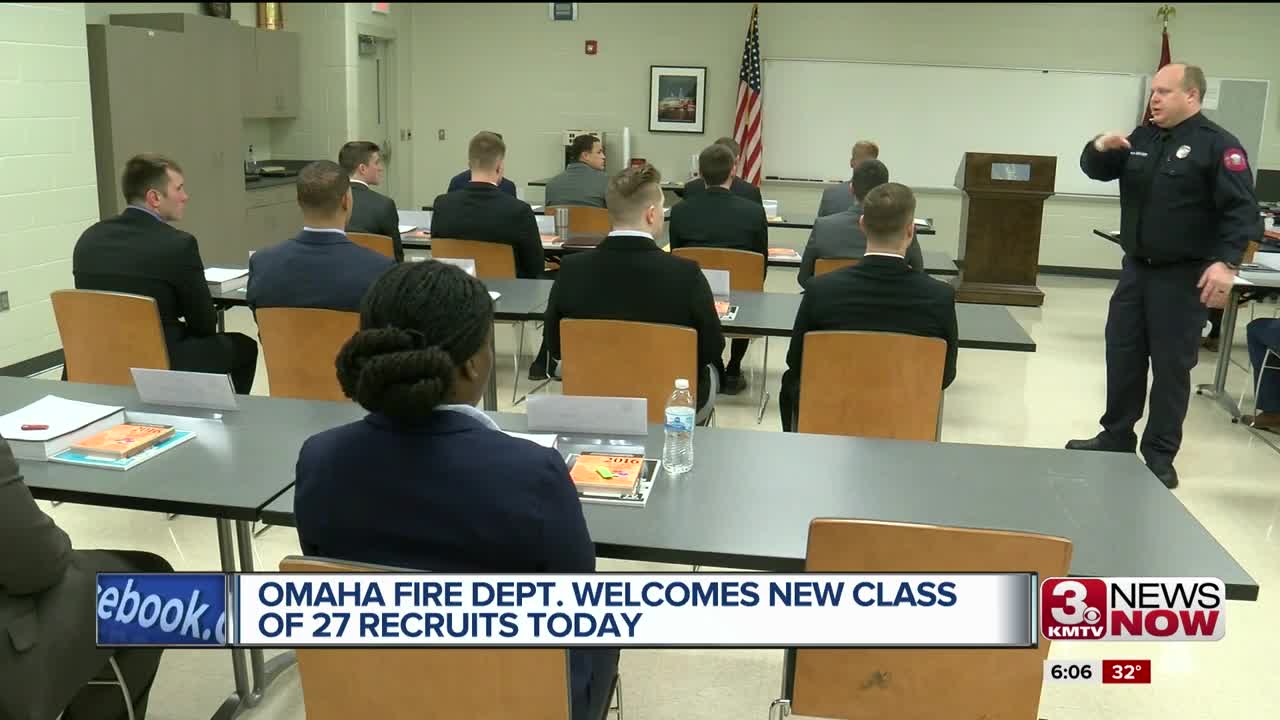 OMAHA, Neb. (KMTV) — The Omaha Fire Department welcome in 27 new recruits on Monday, making their first day of a 12 week class at the training academy.

After wrapping up the training session, recruits will then move into fire stations around the city to learn on the job and see how to function as a part of the crew.

The recruits will be tested academically, mentally and physically in preparation of doing field calls in the future.

There are three women in the class. Currently, the department has 25 women out of 650 firefighters.