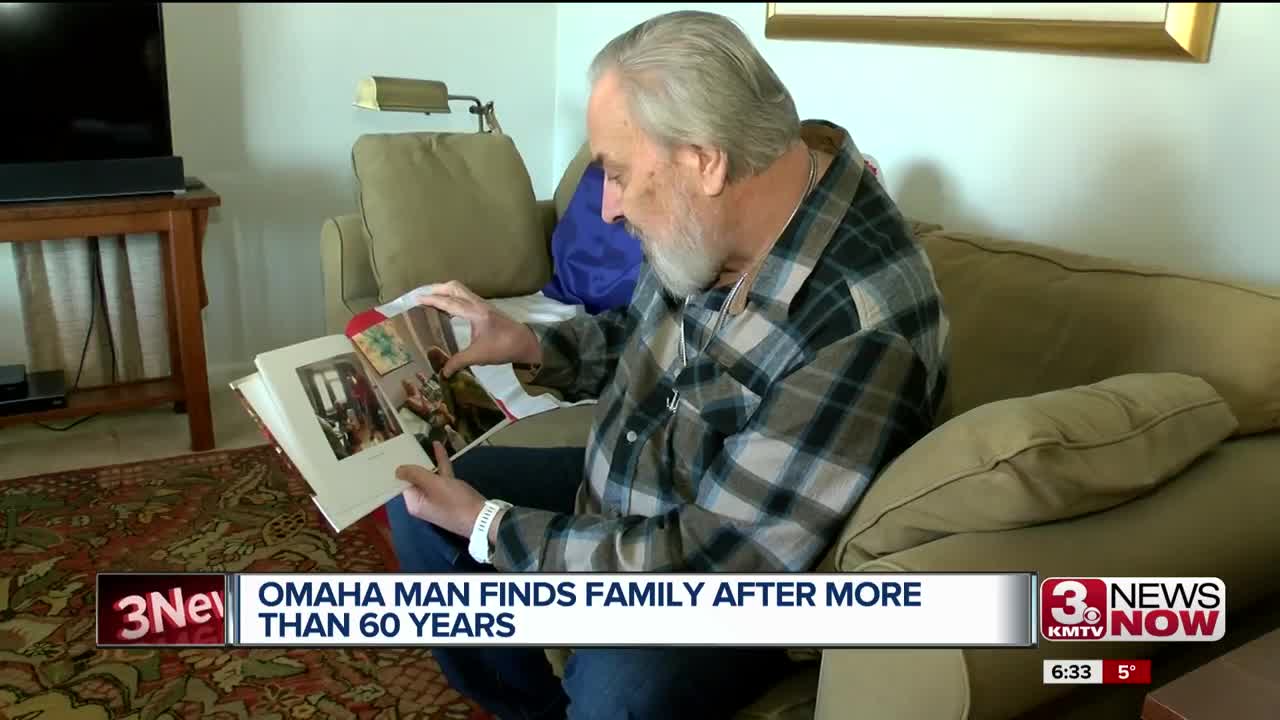 OMAHA, Neb. — An Omaha man experienced the reunion of a lifetime last summer, when he reunited with his siblings that he never knew he had.

"I had no idea, forever. I'm 65 years old and I had all these people," Paul Knoll said.

When Knoll was just nine months old he was adopted from Quebec, Canada. He grew up in Nebraska with his adopted siblings but never knew anything about his past.

"I looked. I went to Canada about three times I believe, trying to get information," he said.

But documents were lost, destroyed and the French language barrier left him with no answers. He says by the time he was in his 40's he had given up. But then his daughter Katie suggested they both take 23andMe DNA tests.

"We were having coffee one morning and Katie came out and said, 'Dad I have something that I need to tell you.' She said, 'I found your father,'" Knoll said.

They found not only his father, but all seven of his siblings. Knoll knew he needed to fly to Montreal to finally meet them.

"We were comfortable with each other as soon as we met. It was just fantastic," he said.

The reunion was everything he would've hoped for. They dined, exchanged pictures and got to know one another. Knoll even gifted them some t-shirts that read, "Someone in Omaha Loves Me!".

Now in his 60's, Paul is complete. He knows his family, his past and is looking forward to the next reunion.