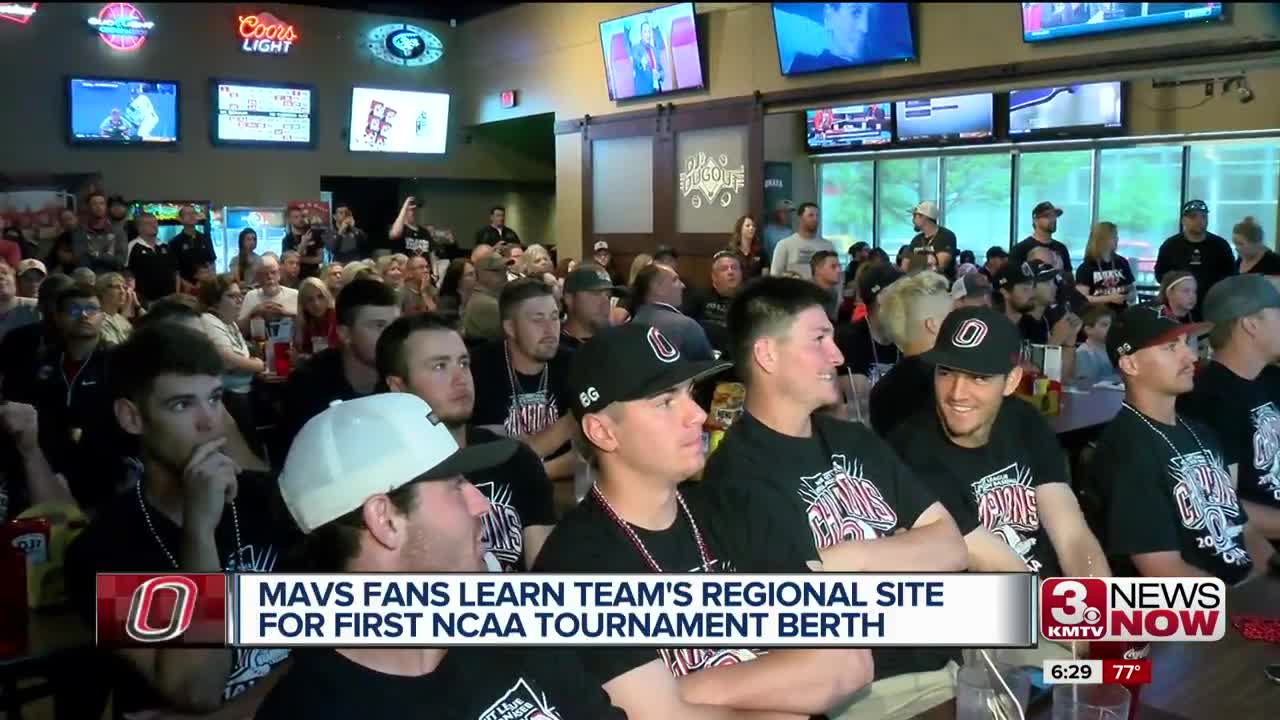 OMAHA, Neb. (KMTV) — The College World Series is less than three weeks away and for the first time in program history the Omaha Mavericks are heading to the NCAA Tournament.

In front of a packed house at DJ's Dugout in Aksarben Village, the Mavs found out they're heading to Los Angeles to face top-seeded UCLA in the regional round.

"It's a fabulous day," said Omaha Athletics Director Trev Alberts. "I'm proud of our students and coaches and our whole university it's a special moment."

"It's incredibly excited that they'll be wearing the name of our hometown in to our competition," said Rick Jeffries, an Omaha fan.

Two days after clinching its first Summit League title in school history, the Mavs supporters are excited to be cheering on their team in the round of 64.

For the 15,000-plus student body, the tournament is a chance to rep the black and red on the national stage.

"I think it's really exciting," said Alexa Mazur, a UNO grad student. "It's something we've been waiting for a while and now that it's here it's something we can all celebrate."

Memorial Day is a day to remember for Mavs fans. The program was in Division Two just eight short years ago.

"Everybody has been doubting them for a while and to show them they can be here with the other teams is really cool," said Alexa Sedlak, a UNO student.

The fans know it's a long shot, but they would enjoy if the home team came back to Omaha to play in the College World Series.

"Everyone who lives here is an Omaha fan whether they know it or not," Jeffries said. "This kind of event puts Omaha on the map. I think these guys will show them a good time."

The Mavs will play UCLA in the first round and will be joined by Loyola-Marymount and Baylor in the regional.