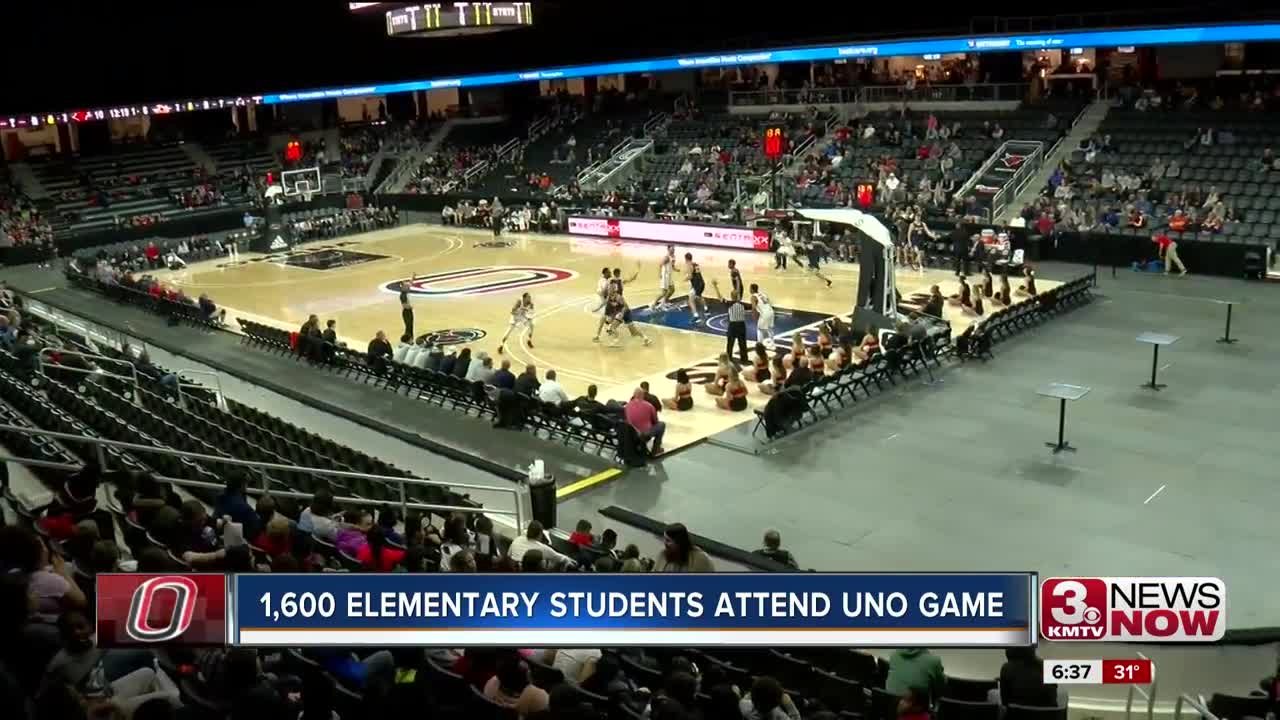 More than 1,600 elementary school students from the Omaha area attended the home opener

"They love it, they bring a lunch, come out and enjoy a fun day," said Pam Schwarting, the Assistant Athletic Director of Community Relations.

The Mavericks hosted nearby Midland for the home opener and scheduled the game for noon so the students could attend. The athletic department as been hosting an afternoon mid-week game for elementary school students for the last few years.

"It's a lot of fun," said Sarah Julius, a fifth grade teacher at Minne Lusa Elementary in Omaha. "A lot of these kids wouldn't have the opportunity to go to a game otherwise."

The students enjoyed skipping class and attending the game.

"I think everybody thinks this is awesome whether they play basketball or not," said Willie Tomcykowski, a sixth grader at Hillside Elementary.

The game was a learning experience for the students, who were able to see what college life is like outside the classroom.

"I think it's inspiring for them because they don't have a lot of experience of what college is like since a lot of their family's never went to college," said Julius. "I think it's a good introduction that it's not just academics that there is a lot of community and support for one another."

The game even inspired the students to want to go to college when they get older.

"It's fun and it makes me want to go to college so that I can learn more," said Kaveya Washington, a fourth grader at Minne Lusa Elementary.

"Definitely influences me more to want to go to college because of how cool it is. Tomcykowski said.

The students got to see Omaha win. The Mavericks defeated the Warriors 72-53 for its first win of the season.