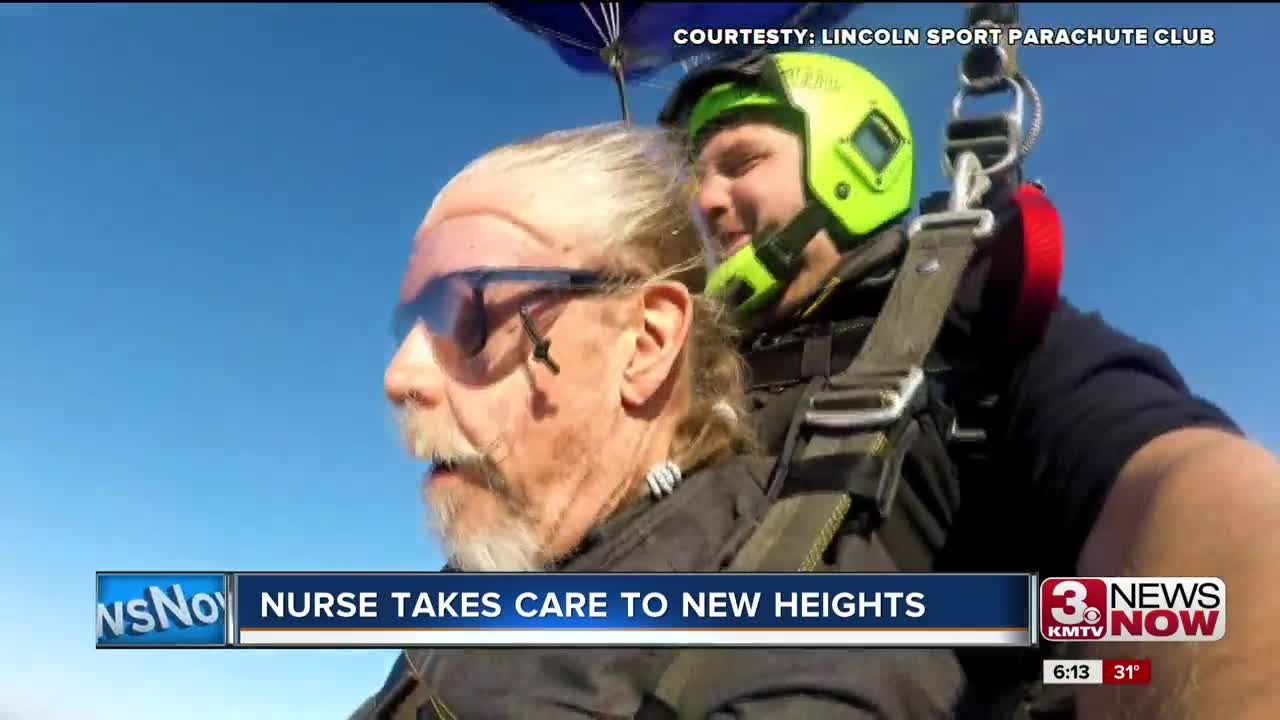 OMAHA, Neb. (KMTV) — 66-year-old Ray Jolly was diagnosed with blood cancer, Myelodysplastic Syndrome, about a year ago. He's experienced six rounds of chemo and needs blood and platelet transfusions about twice a week.

His visits at Methodist Estabrook Cancer Center can take several hours. In that time, he's developed a bond with Abbey Lacy. They're both adventure seekers who like to chat about extreme sports.

Recently, Ray was having a tough week. "You think the blood is holding up and then the cancer eats up the blood, the white cells, and then I had to come back. I was getting just bagged up the whole week."

Ray embodies his last name Jolly so Abbey noticed he wasn't his usual self.

"I was down that he was down because it's not typical for him to have kinda a bum attitude. It was like, 'what can I do?' I was just sitting at my desk and, lightbulb, I know exactly what I can do," Abbey said.

She called up her friends at Lincoln Sport Parachute Club. Abbey has skydived more than twenty times. Ray had never been. They set up a day for Ray to jump.

"I was calm about everything, it was just great, I had no fear, it was just the best feeling in the world," Ray has been telling everyone he can't wait to go again.

Abbey admits the job of a nurse can be tough, it's not one you can easily leave at work. "The good is really good, the bad is bad. You definitely take it home, for sure." She went on to say she hopes he can, "stay positive, keep having fun."

Ray says this kind of care has made a tremendous difference, "it's just that hope and faith you hold onto, and then you've got people like Abbey that said, 'oh it's gonna be okay, don't worry." Ray said Abbey is now in his will.