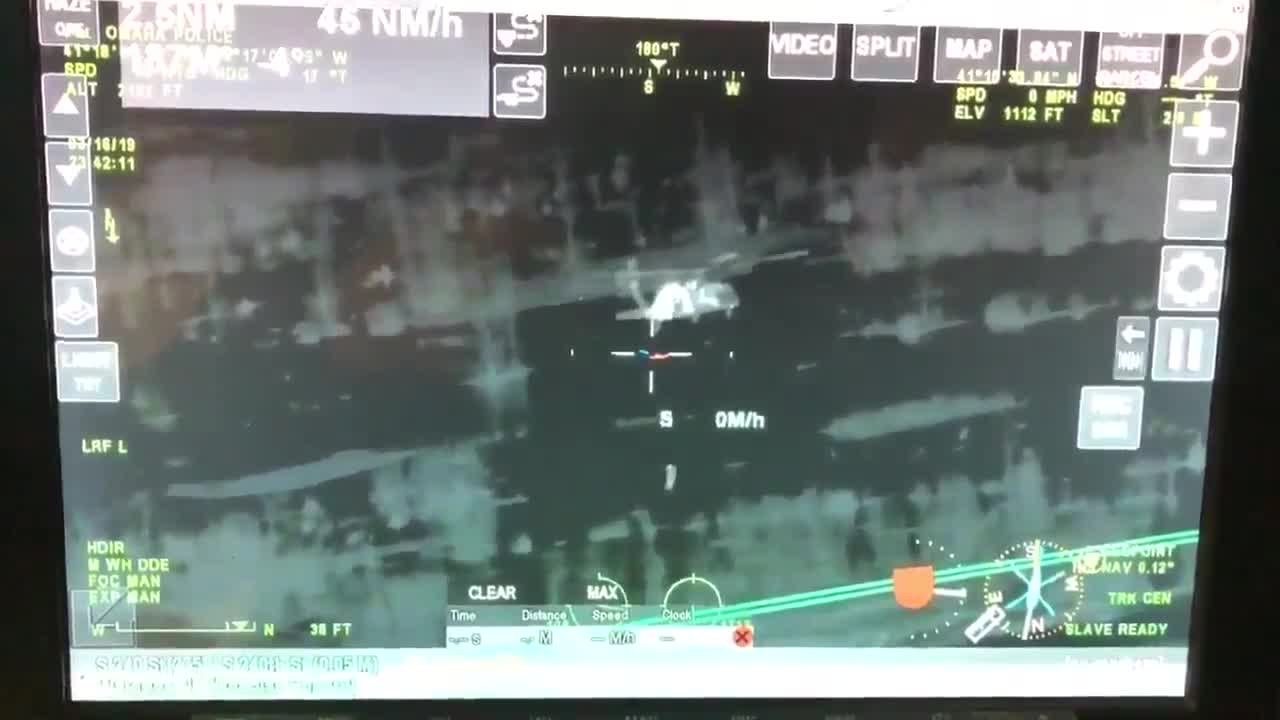 OMAHA, Neb. (KMTV) — Incredible video from the Omaha Police Department shows a nighttime helicopter rescue after two became stranded on top of a pickup cab, demonstrating the danger of driving through barricades on flooded roads.

A press release from Unified Command says first responders from Waterloo Fire Department attempted to rescue the driver and his passenger, but the rescue boat ended up damaged and eventually sank.

OPD's ABLE-1 and a National Guard Blackhawk helicopter assisted in the rescue of the first responders and civilians.

The first responders did not need treatment; however, the civilians were taken to the hospital for hypothermia treatment.

The pickup driver was cited by DCSO for driving on a closed road. DSCO plans to speak to the county attorney and city prosecutor to determine whether more charges should be filed.

OPD thanks First Responders for the success, stressing that people abide by road closures.

Thanks to OPD for the video.