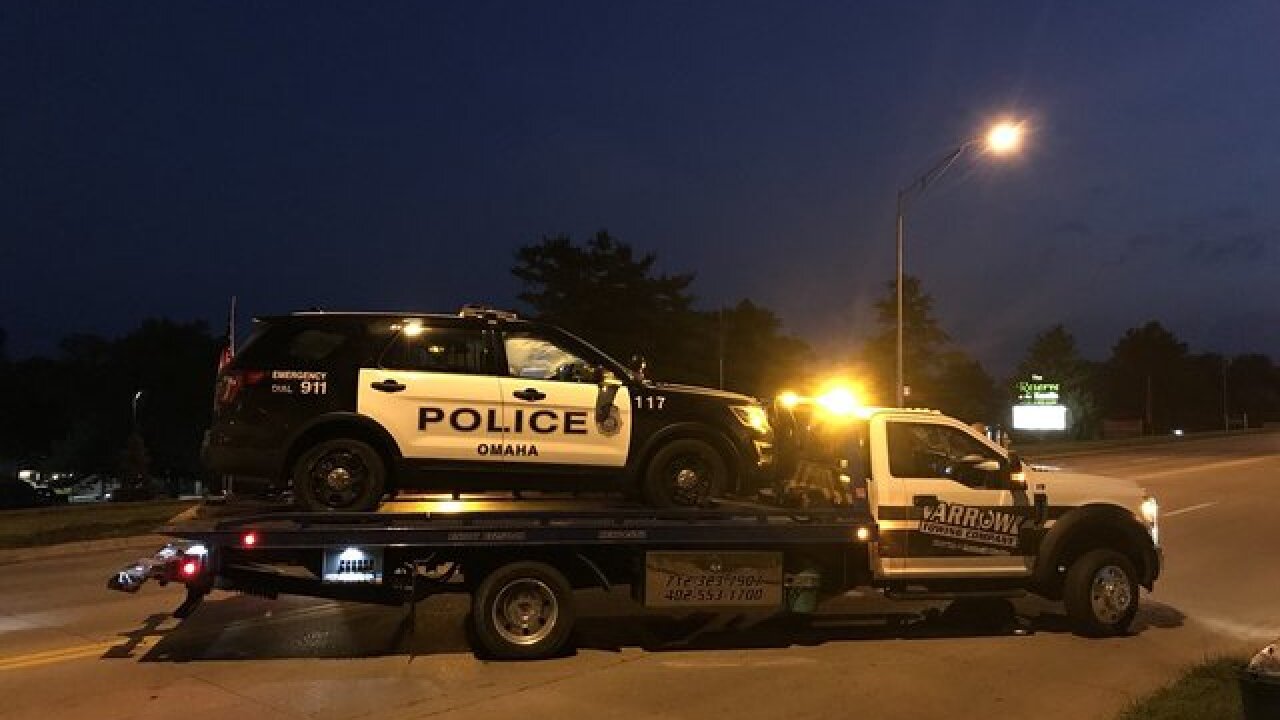 An Omaha Police cruiser was hit by a drunk driver this morning, according to a tweet from the Omaha Police Officer's Association tweet.

The collision occurred around 3 a.m. near 108th and Manderson and the officer was treated and released from the hospital.

We are grateful that one of our members was not gravely injured or killed last night when they were struck by an intoxicated driver. They have been treated and released to recover at home.

There is no excuse to drive impaired at all. Call a cab, get an Uber, or have a DD. pic.twitter.com/wHrTkiW6mh