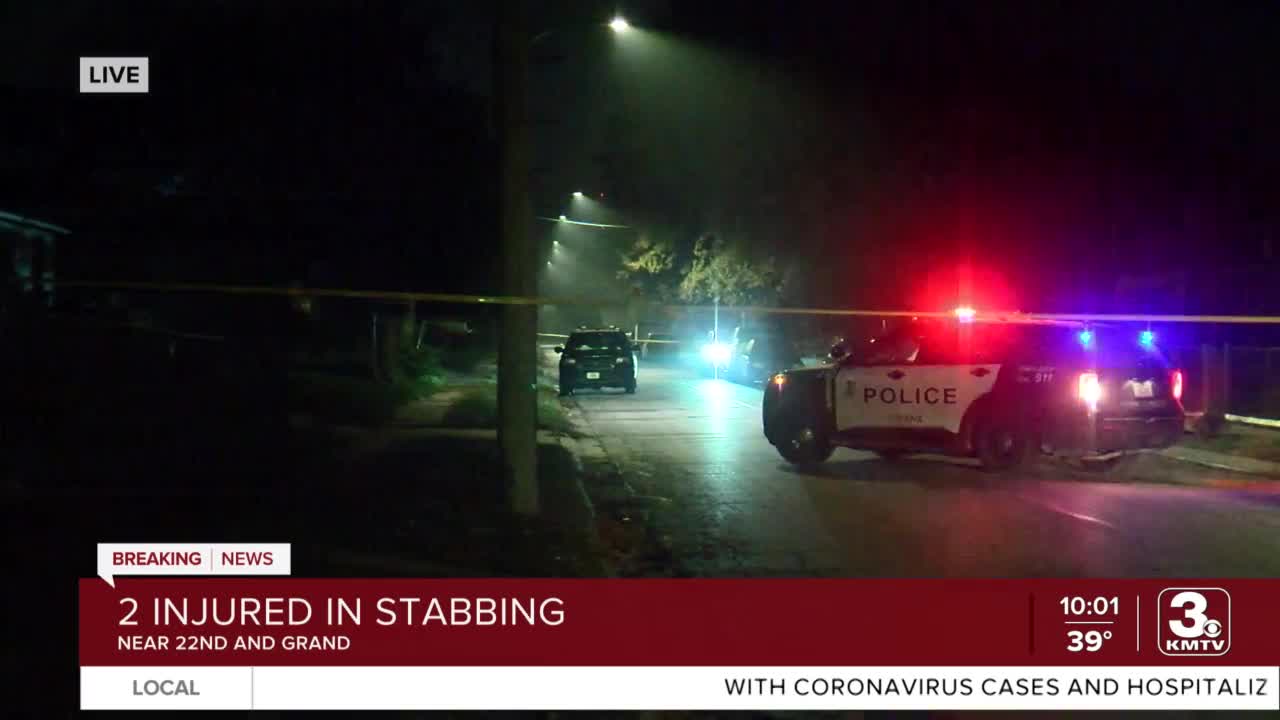 The victims said they were visiting James' nephew Alfred Tucker who was with his girlfriend, KiKi.

Alfred and KiKi began to argue at some point and James tried to intervene when KiKi stabbed him with a knife. Sherman attempted to help and KiKi also stabbed her.

KiKi left on foot before authorities arrived. Both victims were transported to Nebraska Medical Center with non-life threatening injuries.

KiKi has not been located and is described as a Puerto Rican Female in her mid-30s with brown hair and green eyes.

The investigation is ongoing. Anyone with information should contact Omaha Crime Stoppers at 402-444-STOP.