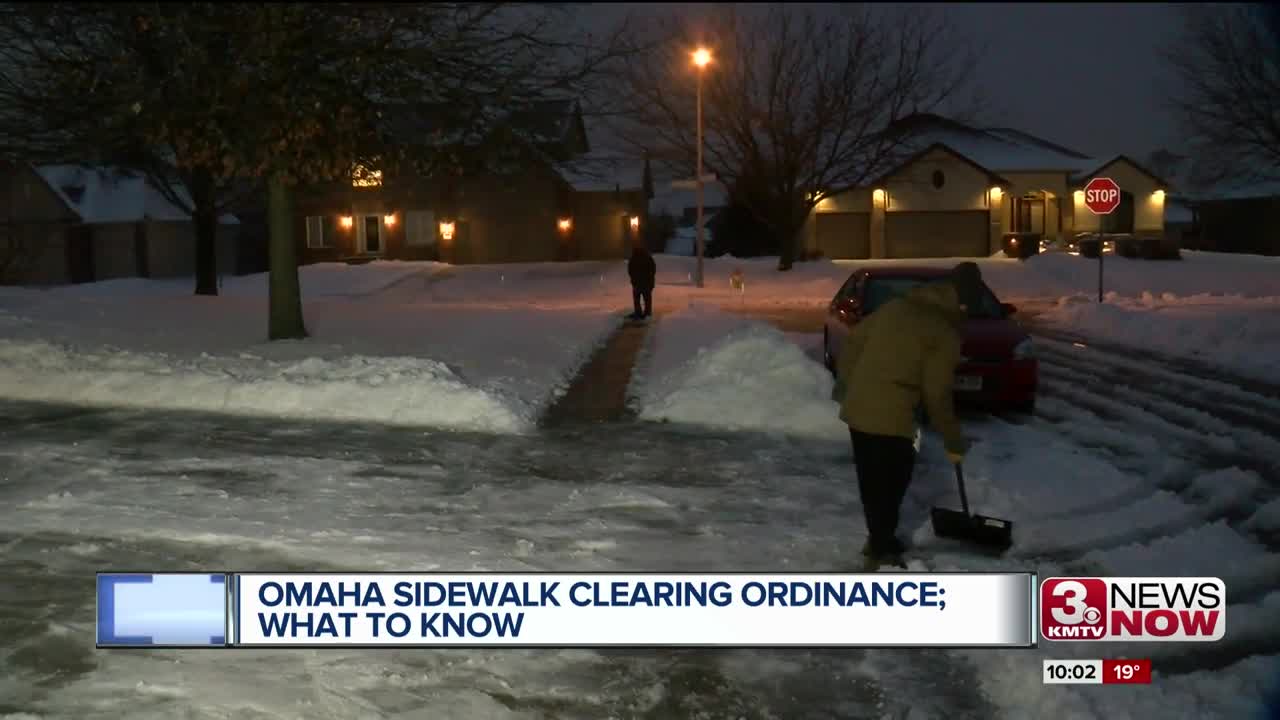 OMAHA, Neb. — An Omaha city ordinance requires residents to shovel their sidewalks 24 hours after major streets have been plowed or risk having to pay up. The ordinance is complaint based and important for general public safety, but some residents simply don't understand it, they have questions and concerns.

At midnight on Thursday the city will be done with their current plowing operations. That's when the 24 hours to clear begins. But some residents are frustrated, saying their streets aren't plowed properly, so why shovel sidewalks?

And what about the 24 hour time frame? Is that enough time? What about the elderly and people with disabilities?

"My old neighbor, she was elderly and she always couldn't do that. So a lot of times it's hard for them to get out and clear it just within 24 hours. Especially when the weather's like this," Fanta added.

Omaha city engineer Mike Kleffner says if you have trouble clearing your sidewalks to seek outside help.

"We treat everybody with a property the same. We don't have accommodations within the city code to address that," Kleffner said.

In those situations you may just have to rely on a friendly neighbor for help.

"I think there's a responsibility, you know you figure out alternatives. Like in this neighborhood we seem to band together and we'll do other folks' sidewalks if we know that there's an issue - somebody's out of town, somebody's elderly or has a medical condition," West Omaha resident Allen Nelson said.

Kleffner says that the 24 hour provision is in place after all the plows have completed their work. So plows shouldn't re-cover all your hard work, although sometimes it happens.

"I don't think they can prevent that. It's good that the streets are clean and so you just have to go back through and clean that up. It's not a big deal," Nelson said.

If you get a notice to clear your residential sidewalk and feel like your street hasn't been plowed yet you can call the Omaha Street Maintenance Hotline at 402-444-4919. The Omaha Snow Removal Complaint Line is also 402-444-4919.

At midnight on Thursday when the plows have completed their work on the roads the city will then start prioritizing sidewalks.

"If you feel that you've got a sidewalk that's adjacent to you or that you have an issue with, feel free to call in and we can let you know whose responsibility it is, or if it's yours," Kleffner said.