OPS says Dickey helped break up a fight about an hour before saying he didn't feel well and going to the hospital. 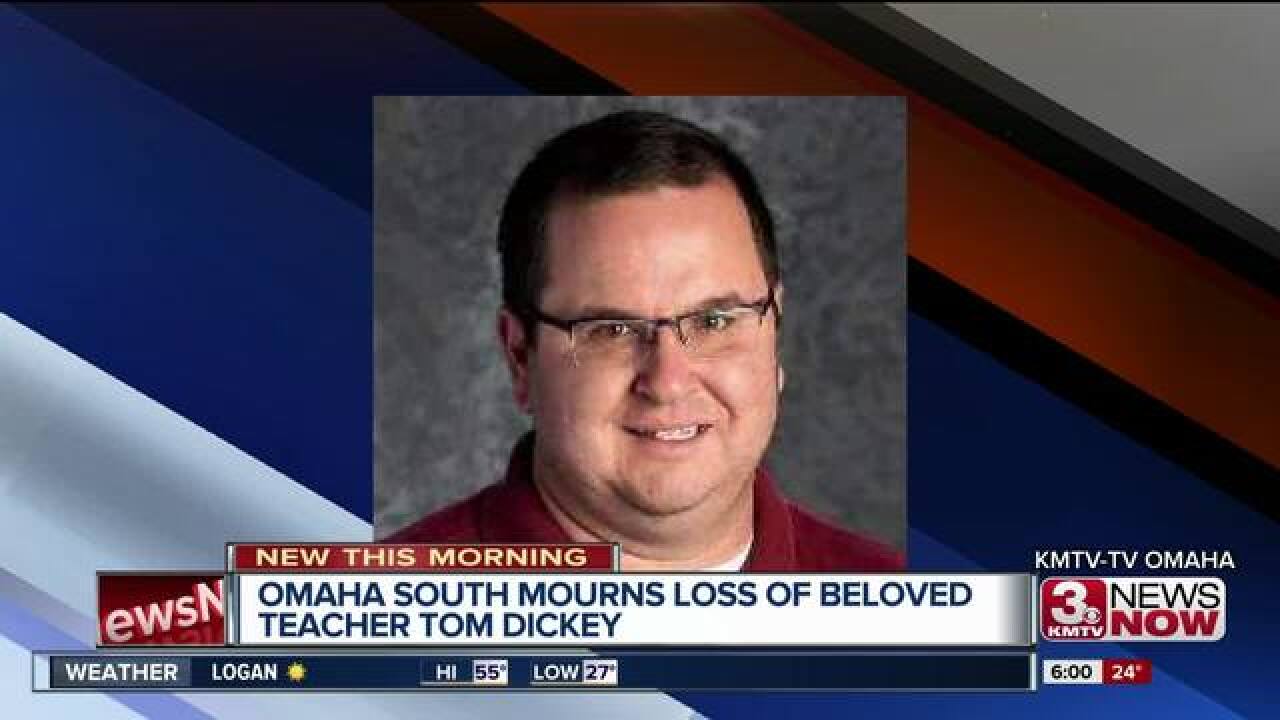 Grief counselors are on hand as students and staff at Omaha South High School are dealing with the unexpected death of a teacher.

School leaders say Tom Dickey died at Nebraska Medicine on Tuesday. He was a career education and technology supervisor at South.

Students said he was helping break up a fight when "something happened," and he was rushed to the hospital from school.

Omaha Public Schools confirmed Wednesday that a fight involving "approximately" five students had occurred during school breakfast Tuesday morning, and that Dickey was "one of approximately 10 staff members who immediately went to the area of the student fight to help break up the fight."

Within about an hour after the fight, Dickey told coworkers, the school nurse, and the principal that he wasn't feeling well.

Dickey was transported to the hospital, and his family was contacted, OPS said.

OPS said they are cooperating with OPD as they follow up with the incident.

"He seemed like a nice guy always smiling and everything," said Fernando Ramirez, a senior at Omaha South. "It's sad, you know, to see that he was trying to help the students try not to fight."

Carole Safley, President of the Omaha South Alumni Association says she got to know Dickey in the last few years with his involvement in the group. Safley says he was good hearted, caring, and passionate about the school and the kids.

"It's going to be felt he epitomizes what you want as a teacher, he was just always there for the kids, and that's all he cared about was making their lives better and getting them into something that's going to give them something for the future," Safley said.

Omaha South H.S. Principal Ruben Cano says Dickey was a positive influence on all of us.  He suggested students write a card to his family to tell them how he impacted their lives.