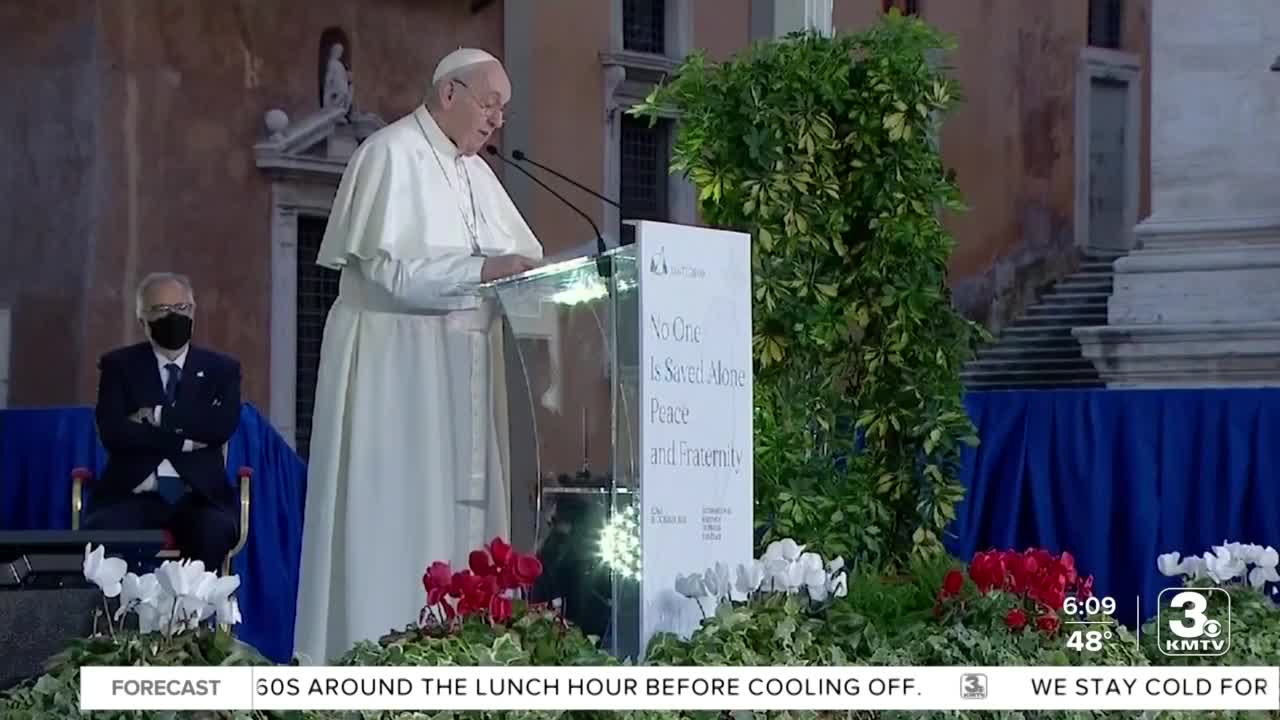 Pope Francis revealed his support for same-sex civil unions in a documentary that debuted in Rome called Francesco. During an interview in the film, the pope says, "Homosexual people have the right to be in a family. They are children of God.... you can't kick someone out of a family, nor make their life miserable for this."

He also says civil union law must be made so homosexuals are legally covered.

"Francis actually had suggested this in Argentina while he was the Cardinal Archbishop there before he was ever pope. So that's not a new position for him," Creighton theology professor and vice provost for mission and ministry Dr. Eileen Burke-Sullivan said.

However, same-sex civil unions are a new position for the Catholic Church. Dr. Burke-Sullivan says more than anything the pope's statements will drive conversation about homosexuality in the church, rather than change any laws.

"He's not defining a law so much or even necessarily an absolutist position. He's saying I think that it makes sense that the civil rights of human beings should be protected," she said.

In Nebraska, the statements are already making an impact. The Archdiocese of Omaha and the Diocese of Lincoln released similar statements:

"Pope Francis reportedly made a statement on the issue of civil unions in a documentary film. The Diocese of Lincoln has not received any information or communication from the Holy See regarding this issue. The question of civil unions for same-sex couples, nevertheless, remains distinct from the question of marriage. The unchanging, definitive doctrine of the Catholic Church is that God has created marriage as a permanent, life-giving bond between one man and one woman." - Diocese of Lincoln

"Archbishop Lucas is a conservative gentleman and there's nothing wrong with that. There are some Catholic churches in this city that are more accepting than others," Metropolitan Community Church office manager and former board member Jim Welsh said.

The Metropolitan Community Church in Omaha was founded in 1978 as a place for members of the LGBTQ+ community. Welsh says the Pope's statements carry a lot of weight in their church and across the world.

Urban Abbey in Omaha is a United Methodist coffee shop, bookstore and church. Founding Pastor Debra McKnight believes the statements could have an immediate positive effect on young people.

"I'm hopeful that moves like this reduce the high suicide rates, reduce bullying, all these kinds of arguments for exclusion," she said.

For gay Christians and Catholics, like Bruce Bockman from Omaha, it's a chance for more inclusion no matter the religion.

"Homosexuals are humans and so are trans people. There's no reason they should feel any different just because of the way they were born," Bockman said.

Pope Francis' remarks on civil unions are sparking cheers from one side of the debate and calls for clarification from the other.