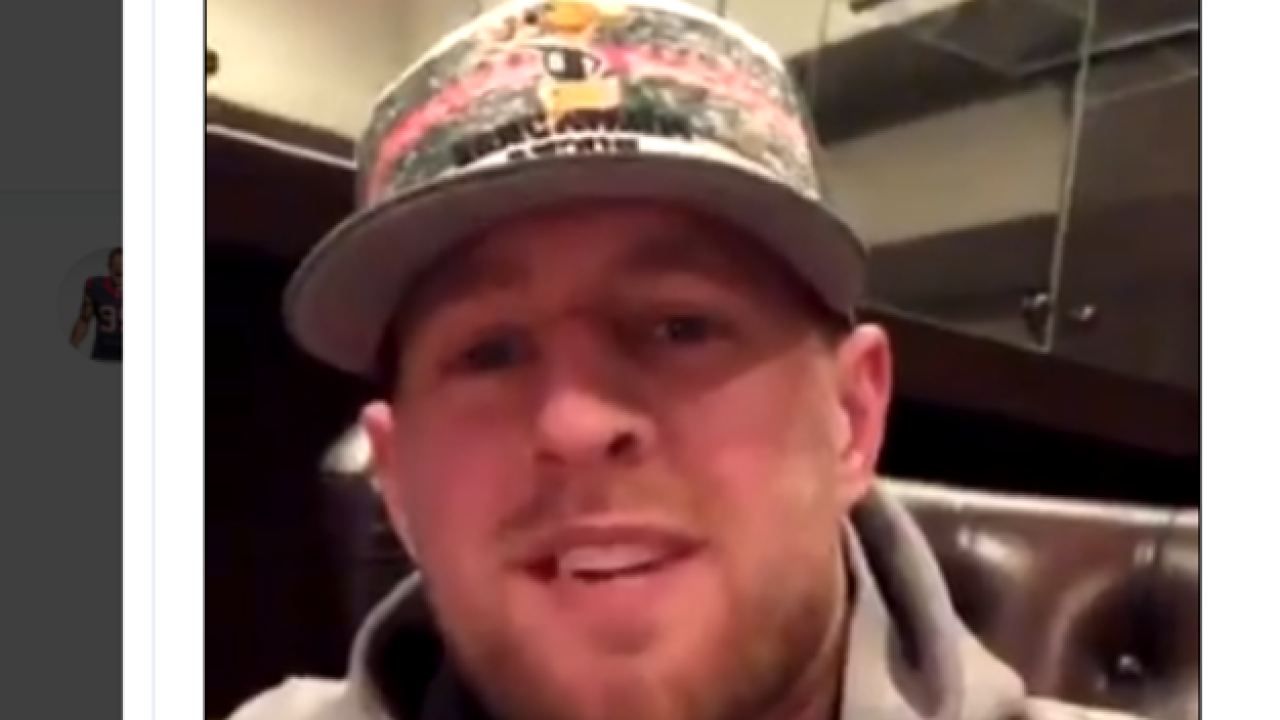 A little boy named Steven who is from Houston recently came to Omaha for cancer treatment. He attends Field Club Elementary.

I had to do post this in hopes of JJ maybe responding some way. Never had a kid so happy about life in a tough spot! Take note! @JJWatt @opsschool pic.twitter.com/RUapzBnnWS

Watt received a lot of attention after he helped raise more than $37 million dollars for Hurricane Harvey relief earlier this year.

As for Steven, there is this video of him watching Watt's message. Omaha Public Schools also tweeted to Watt that he's invited to visit the district whenever he wants.

The first time he got to see response! Love this kid and his mom was so happy! @JJWatt @OmahaPubSchool pic.twitter.com/lSAM2AhU8b