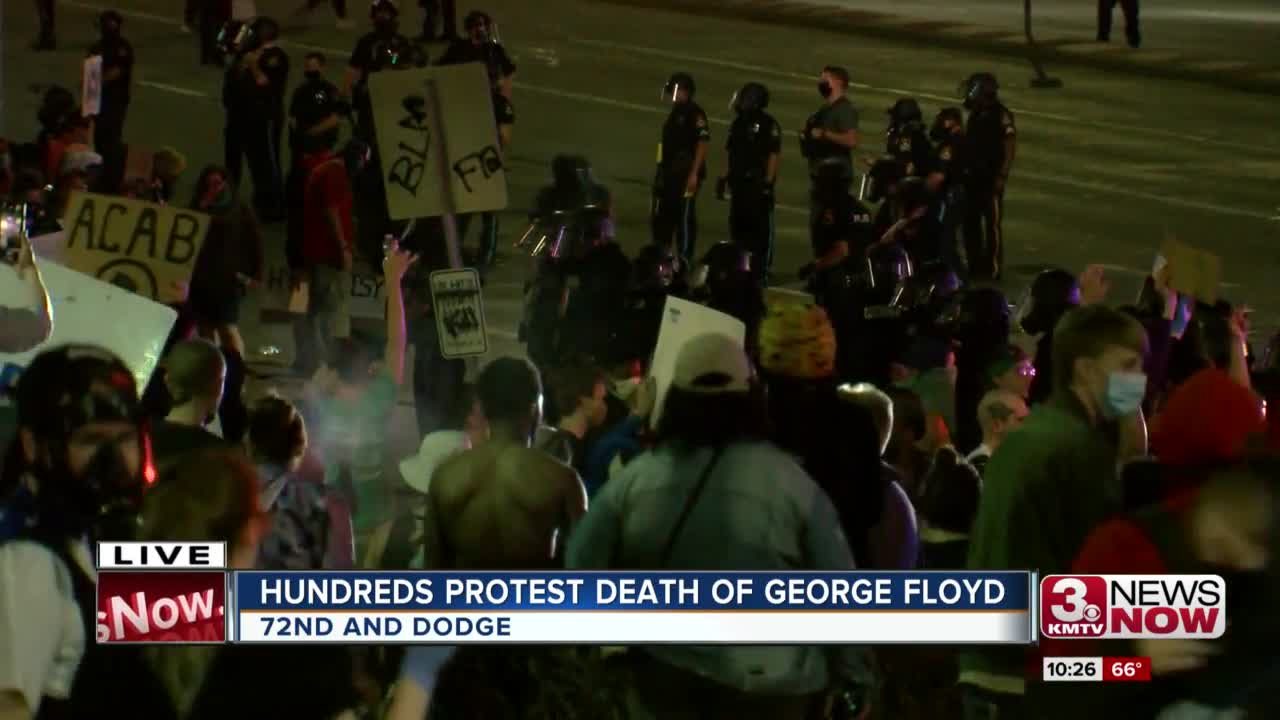 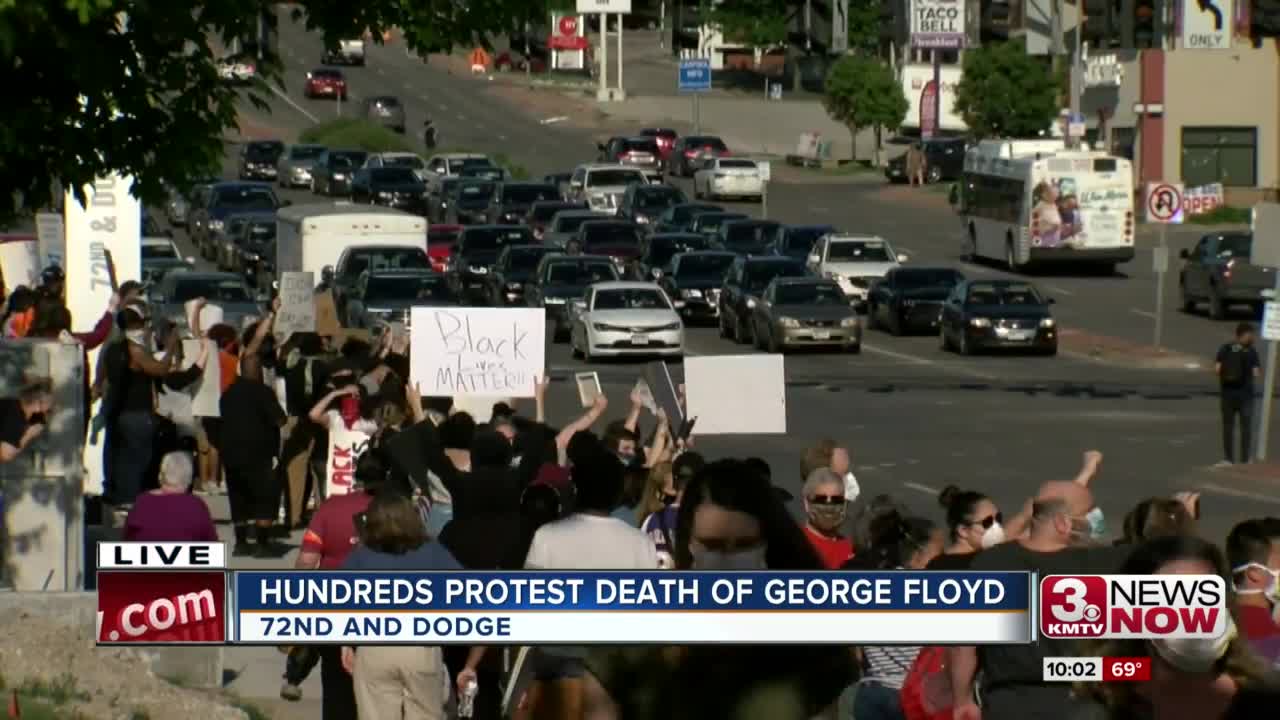 Praying for peace in Omaha tonight. 🙏

Police continue to use pepper balls and tear gas to disperse crowds. Some confrontations between police and protesters.

People are being affected by the tear gas.

Here’s a young woman getting her eyes cleaned out due to tear gas. pic.twitter.com/IcL2zprMyi

As hundreds of people march in Omaha near 72nd and Dodge, protesters began spilling into the streets. Omaha police closed off sections of Dodge, and around 8 pm started deploying tear gas to disperse the crowd.

As of 7 pm it appeared that more than 1000 people have gathered to protestaround 72nd and Dodge.

Jon Kipper is providing live updates via Twitter and Facebook and will have more on this tonight at 10:

The protest is aiming to be peaceful. Omaha Police are hanging out in the area, just to make sure things stay under control. pic.twitter.com/Ey6cGyHc5L

One protester told me that she takes solace in knowing that almost everybody, Omaha Police, Governor Ricketts, etc...all denounced the shooting and Ricketts said he supports them peacefully demonstrating.

“Everybody saw the video. It’s murder.”