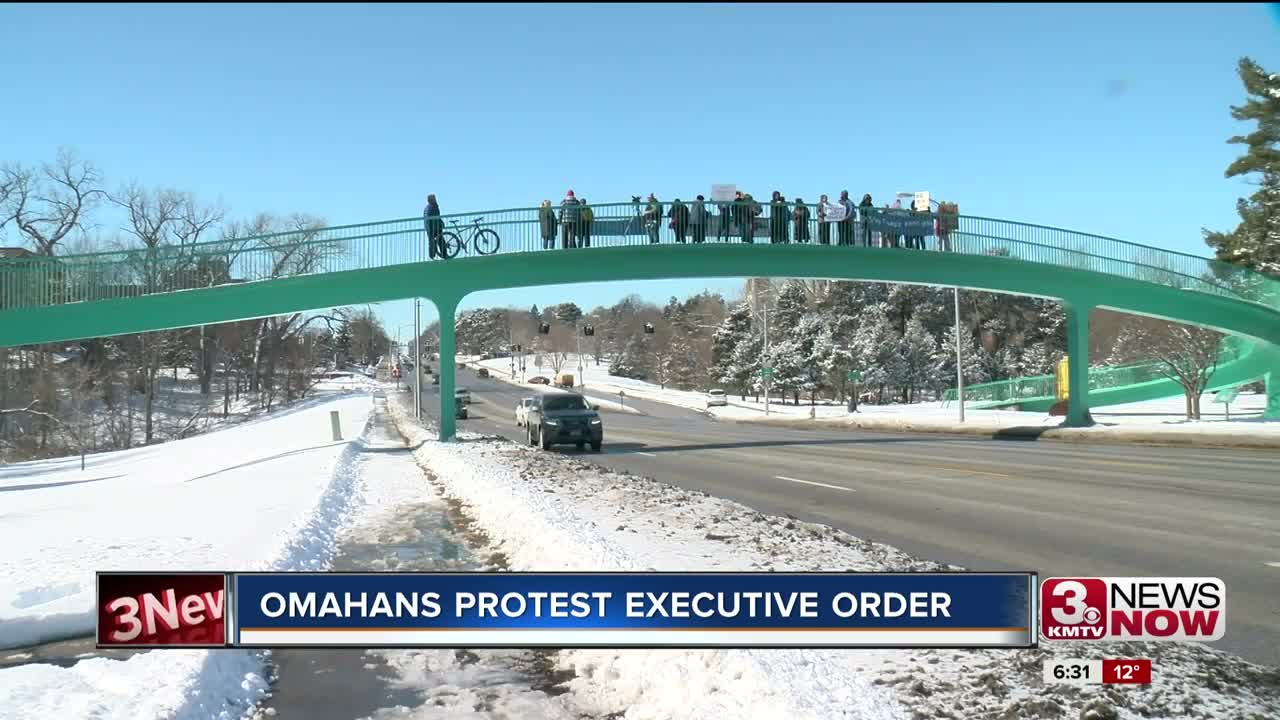 OMAHA, Neb. (KMTV) —
A group of around 20 protesters showed their opposition to President Trump's executive order regarding the border wall Monday afternoon at Memorial Park in Omaha.

The group Indivisible Nebraska organized the protest, which focused primarily on the border wall the the treatment of minority groups in the United States.

"He's circumvented congress and it's a gross misuse of his power," said Kevin Gibbs, chair of Indivisible Nebraska.

Protesters utilized their first amendment right to protest what they believe is an executive overreach of power.

"I mean in the past presidents have done it when there's an emergency," said Tim Fickenscher, a protester. "There is no emergency."

Though Omaha is 1200 miles north of the border in southern Texas those out Monday believe it's an important issue for Nebraskans to pay attention to.

"If we wait for somebody else to fix it this will not get fixed and we need to stand up," Fickenscher said.

"These are you federal tax dollars that are going to it and your representatives are allowing this to happen," Gibbs said.

Representative Don Bacon and Senator Ben Sasse have both spoken out in the past about border security issues. The protesters said they want to start seeing action from their politicians.

"I would hope that they would take concrete steps and not just say things but take actions against this misuse of power," Gibbs said.

"Be consistent, stick to your principles and speak out against executive overreach," said Frances Mendenhall, a protester.

Those attending the protest Monday said an issue they're passionate about in Nebraska is deportation of those living in the US. They plan to attend immigration court hearings in support of good-standing individuals who are living in the Omaha area illegally.