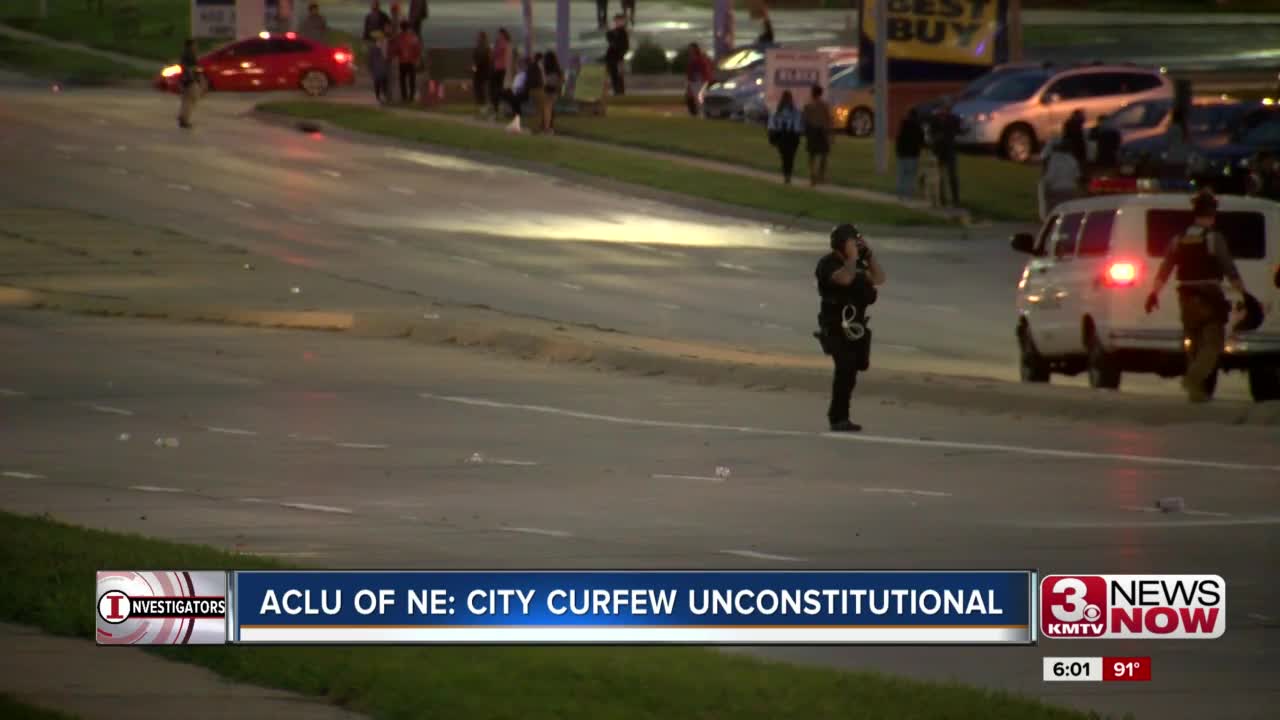 The ACLU of Nebraska told 3 News Now that they believe only "clear evidence of imminent danger" allows officials to shut down a protest.

The curfews will begin at 10 p.m., allowing two more hours of protests in the evenings than was allowed in the curfews Sunday and Monday. The new order also does not include a ban on gathering of 25 people or more at all hours.

The decision to reinstate the curfew comes at the recommendation of Police Chief Todd Schmaderer after plans of more protests. According to the Omaha Police Department, the protests have "a strong possibility of civil unrest, violence, destruction of property, and the potential for criminal behavior" based on evidence gathered.

The ACLU of Nebraska told 3 News Now that they believe only "clear evidence of imminent danger" allows officials to shut down a protest.

To come to that decision, Legal Director Adam Sipple cited case law from the Rodney King protests in 1992. Then, police in San Francisco arrested protesters preemptively, under a city order, in part because protests from the day before turned violent after Los Angeles police officers who beat Rodney King were acquitted.

"The Order is an unconstitutional restraint of the freedom of expression guaranteed by the First Amendment. Voices may not be silenced simply because prior demonstrations involved instances of violence," Sipple wrote in a statement.

City Attorney Paul Kratz said he saw the ACLU's letter and disagrees, but discussed it with them.

3 News Now Investigators were unable to find a city-wide curfew like this one in Omaha's history.

It had been previously said that the last curfew in Omaha occurred under Mayor P.J. Morgan in the late 1980s or early '90s.

Morgan said that he did prepare for a possible curfew when Rodney King protests turned violent in 1992. But he said it wasn't implemented. He said his former staff also don't recall a curfew.

A Douglas County Historical Society researcher also couldn't find an example of a city-wide curfew in Omaha like that implemented last and next weekend.

There was a curfew limited to the Gene Leahy Mall area after a murder in 1989, however.

The ACLU's full statement is here, but was released before the announcement of the new order.