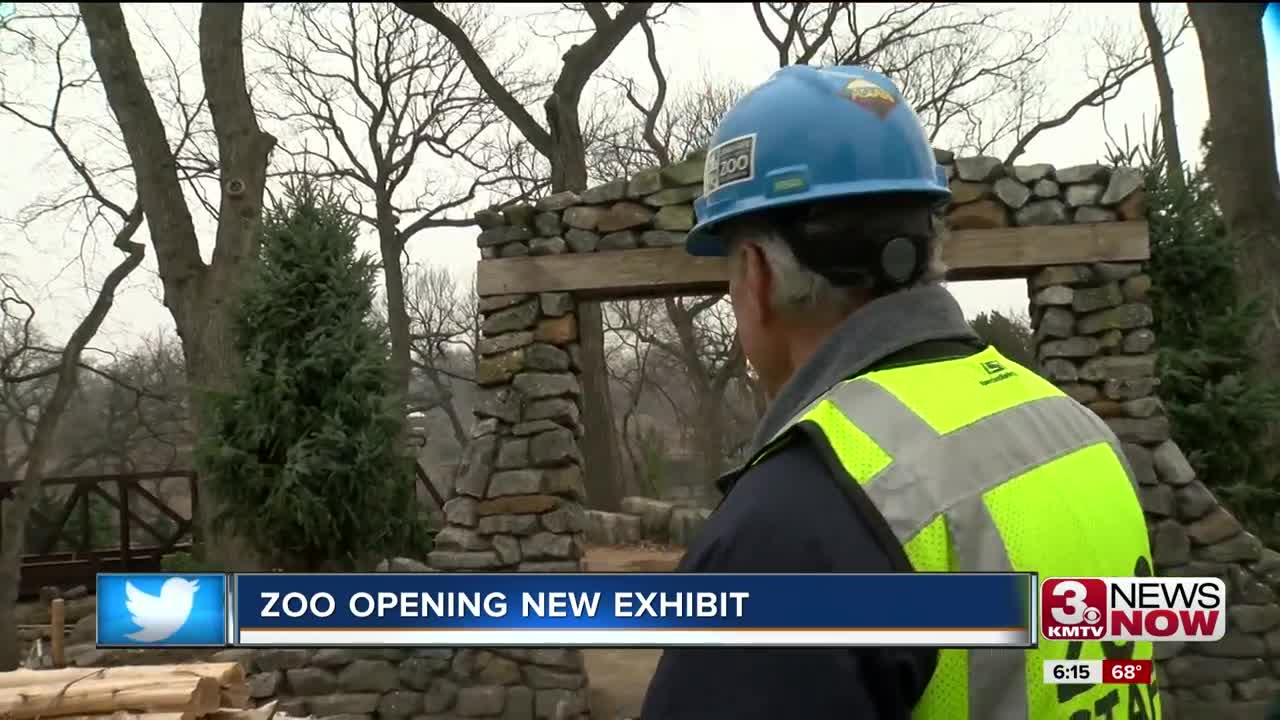 Last spring, the zoo opened about 30-percent of the exhibit which featured the Red Panda.

There are no animals in the exhibit yet in phase two because contractors are still finishing up the transformation.

“You're going to be transported out of Omaha and into a new neighborhood called the Himalayan mountains,” Dennis Pate, President, Omaha’s Henry Doorly Zoo said.

“These (sloth bear) are native to mostly India and up into the foothills of the Himalayas,” Pate said. “They aren't as cold loving as some of the other animals. But to accommodate some of that we put heat pads in there so they can rest on it and get out of the wind.”

A large glass viewing window lets you get nose to nose with the sloth bears, a feature designed to help little kids enjoy the exhibit.

Pate said little kids are typically focused on what’s five feet in front of them, which is why the zoo includes something interactive in each exhibit.

Asian Highlands has the Foggy Forest for kids to explore with misters at the entrance.

“We have seven life-size sculptures of small mammals and birds that live in the Himalayas that will be placed all along in there,” Pate said. “And there will be trails the kids can follow to find them. Some will be up in the trees, some will be on the ground.”

The small details such as fake moss, stone carving, and architecture representing different areas in the Himalayan foothills, make this exhibit immersive.