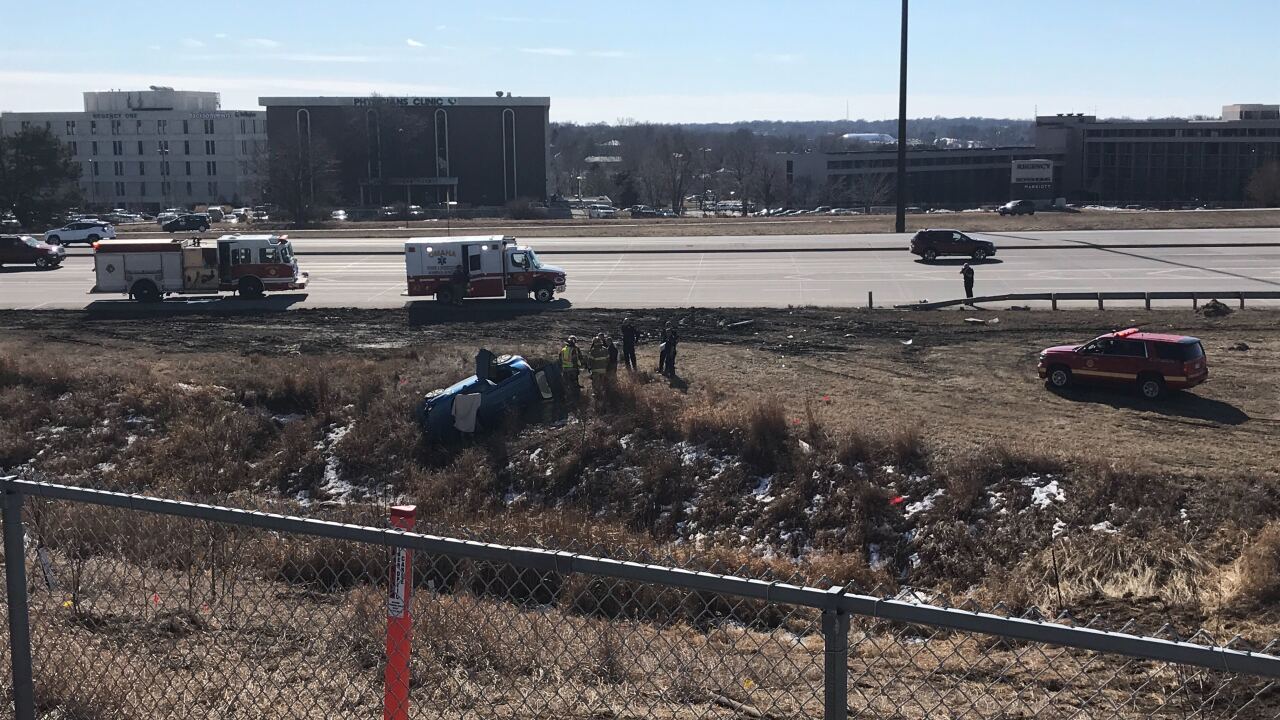 OMAHA, Neb. (KMTV) — One person died after a single-vehicle crash near I-680 & W. Dodge St on Tuesday morning.

According to Omaha Police, officers were called to the area at 11:17 a.m.

Investigation revealed a 2016 Kia Soul was northbound on the I-680/Dodge St off ramp when it left the road and continued northbound, crossing all lanes of W. Dodge St.

The vehicle eventually rolled into a ditch on the north side of W. Dodge St.

Police say the driver and only occupant of the vehicle was pronounced dead by OFD medics and a medical condition may be a contributing factor.

The crash is currently under investigation and the victim's name is being withheld until next of kin are notified.