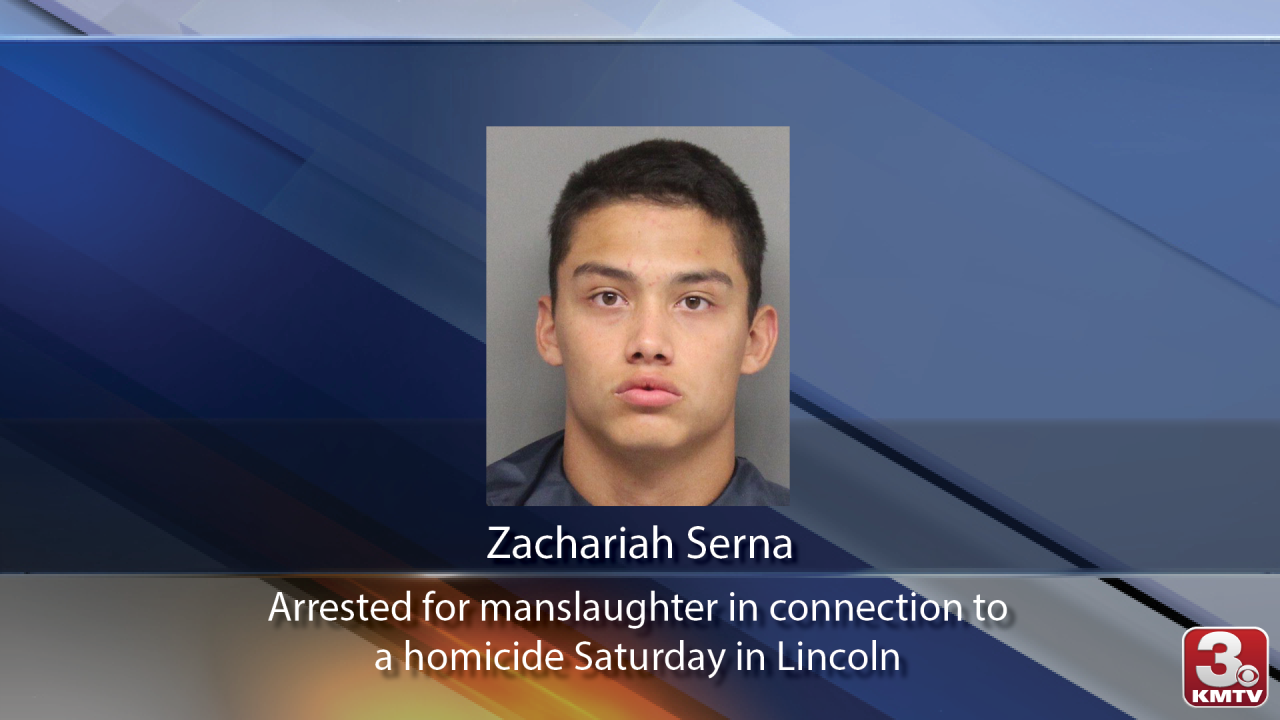 Officers responded to a residence in the 2700 block of S. 40th St around 12:34 a.m. where they located a deceased man from an apparent gunshot wound.

Although authorities are in the process of interviewing witnesses, processing the scene and documenting evidence, initial investigation suggests there was a small gathering at the residence.

Lincoln Police say it appears some people in attendance were playing around and a firearm was involved.

Zachariah Serna, 18, was arrested for manslaughter.

The name of the victim hasn't been released.

Authorities continue to investigate the homicide. Anyone with information is asked to contact Lincoln Police at 402-441-6000 or Lincoln Crimestoppers at 402-475-3600.