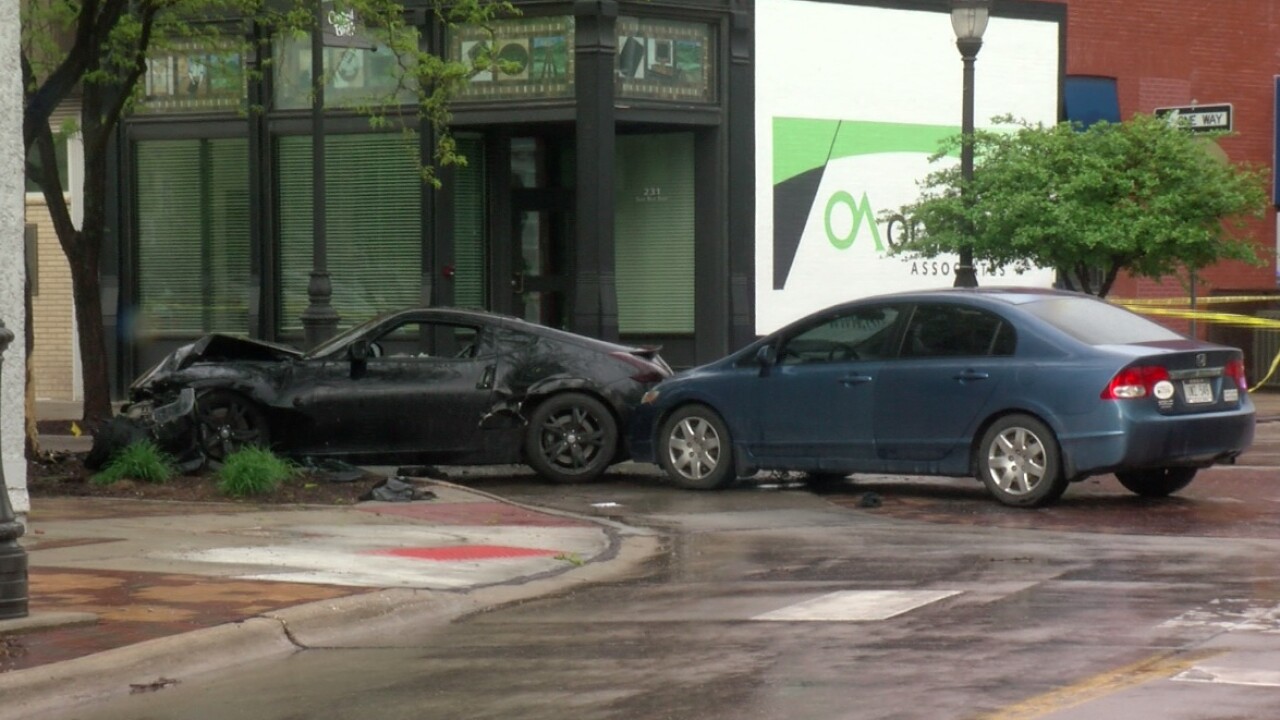 Preliminary investigation revealed the owner of a stolen black 2009 Nissan 370Z, along with several friends, in multiple cars, were in Council Bluffs actively searching for the car throughout the city, according to a CBPD news release. The Nissan was reported stolen to Omaha Police around 2 a.m. Monday morning.

Edgar was behind the wheel of the stolen Nissan, parked on a gas station lot, at South Main and 9th Avenue, when some of the owner's friends, who were in two separate cars, located it. Edgar was the lone occupant in the Nissan.

The two cars, a blue Honda Civic and a silver Toyota Camry, boxed in the Nissan.

Edgar put the Nissan into reverse then accelerated, slamming into the side of the Camry.

When Edgar drove forward, a passenger in the Camry fired multiple shots at the Nissan.

Police say the three cars proceeded to ram into each other several times, and the shooter, Jonathan Echtinaw, 25, fired additional rounds.

Edgar was able to drive off the gas station lot and head north on South Main Street leading the two other cars on a chase. He lost control of the Nissan on Main Street at 5th Avenue, crashing into a tree.

Edgar was hit by gunfire twice, once in the upper right back and another on the right thigh.

Medics took him to Nebraska medicine where he died from his injuries.

The individuals inside the Honda Civic and Toyota Camry remained on scene and were taken in for questioning.

So far, no arrests were made after police and the county attorney reviewed all evidence.

A grand jury will now review the evidence and determine whether the shooter will face any criminal charges.

Council Bluffs police say one person is dead following a shooting and chase that involved three cars in the downtown-area.

Around 5:20 p.m., police took a shots fired report in the area of 9th Avenue and Main Street.

Shortly after, they learned about cars chasing each other.

Police say friends of the owner of the black car located it, chased after it and started shooting.

"At some point, shots were fired from one car into another," Council Bluffs Police Sergeant Dale Schmitz said.

Police say a driver involved was hit by gunfire. Medics took the driver to Nebraska Medicine in critical condition.

He later died at the hospital.

One of the cars crashed near 9th Avenue and Main Street while the two others stopped, ending the chase.

Police were not involved in the shooting.