One person dead from flooding 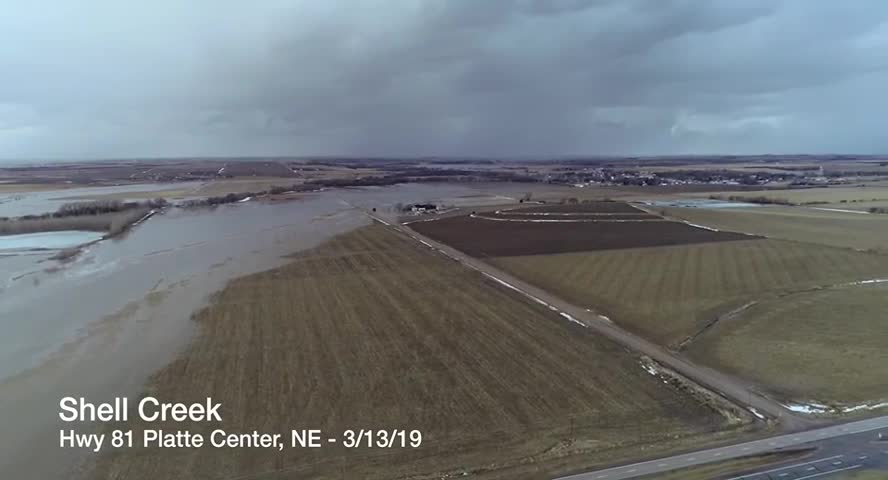 Jodi Fawl, with NEMA, has confirmed to 3 News Now that there was a fatality. A farmer drove a tractor out to help a motorist stuck in floodwaters, and the farmer was swept away. The motorist was eventually rescued and is unharmed. The identity of the victim has not been released yet.

-------------
The Nebraska Emergency Management Agency says a person who was swept away in flood waters at Shell Creek near Columbus has not been found, and is assumed to have died.

This is the first report of a possible fatality from the flooding that has swamped areas across eastern Nebraska and western Iowa.

No other details have been given yet about this incident.

The video above is drone video we posted earlier from the Shell Creek area, showing water swamping part of Highway 81. It was shot by Kara Allbaugh.