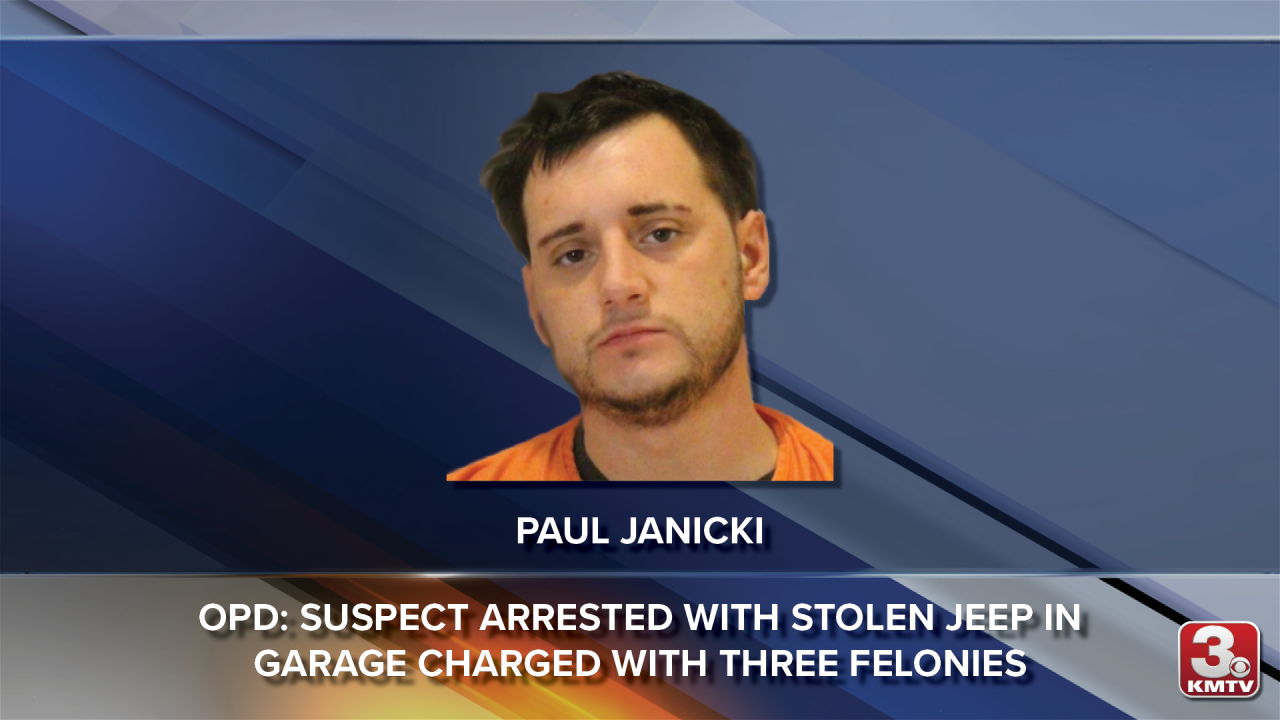 OMAHA, Neb. (KMTV) — The Omaha Police Department says 28-year-old Paul Janicki has been arrested for charges of theft by receiving after being linked to three separate crimes dating back to November of last year.

The first crime Janicki was connected to was the theft of construction equipment out of the back of a pickup truck on November 9, 2019. They say the owner of the stolen items was able to positively identify property which was in Janicki's possession.

The second theft included a stolen trailer on January 7, 2020. While investigating, police were able to conduct a search warrant at an apartment complex garage located near 97th and Q Streets. While searching the garage police found a stolen Jeep, valued at $16,000, as well as stolen items linked to the two prior crimes. The Jeep was reported stolen on February 1, 2020.

Police say the items stolen were able to be identified and recovered thanks to the owners keeping records of serial numbers. They want to urge people to do the same so they can recover their property if it's stolen.