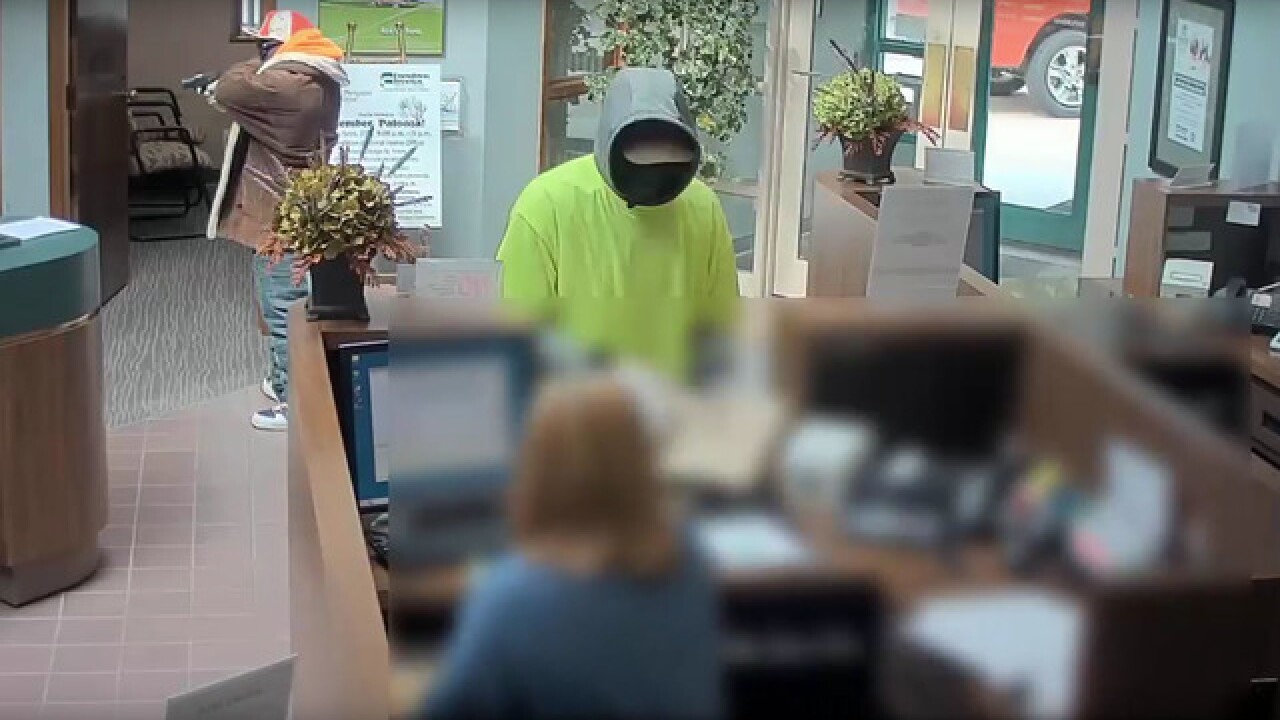 Copyright 2017 Scripps Media, Inc. All rights reserved. This material may not be published, broadcast, rewritten, or redistributed.
<p>Source: <a href="https://youtu.be/Z-25L80UfgU">Crimestoppers</a> </p>

Omaha Police are looking for two suspects in this afternoon's robbery at Creighton Federal Credit Union.

Witnesses said after receiving an undetermined amount of cash, the suspects fled in a blue Pontiac 4-door. OPD said the vehicle was believed to have been taken from a carjacking near 28th and Charles streets minutes before the robbery, according to an OPD press release.

The OPD investigation into this incident is ongoing.

If you can identify the two males in this video who robbed the Creighton Federal Credit Union at 2575 Dodge... https://t.co/J196KUlvmy

Anyone with information about this incident should contact Omaha Crimestoppers at 402-444-STOP (7867) or at omahacrimestoppers.org; or via the P3 Tips mobile app. Tips leading to arrests in bank robberies are eligible for a reward of up to $20,000, according to the release.