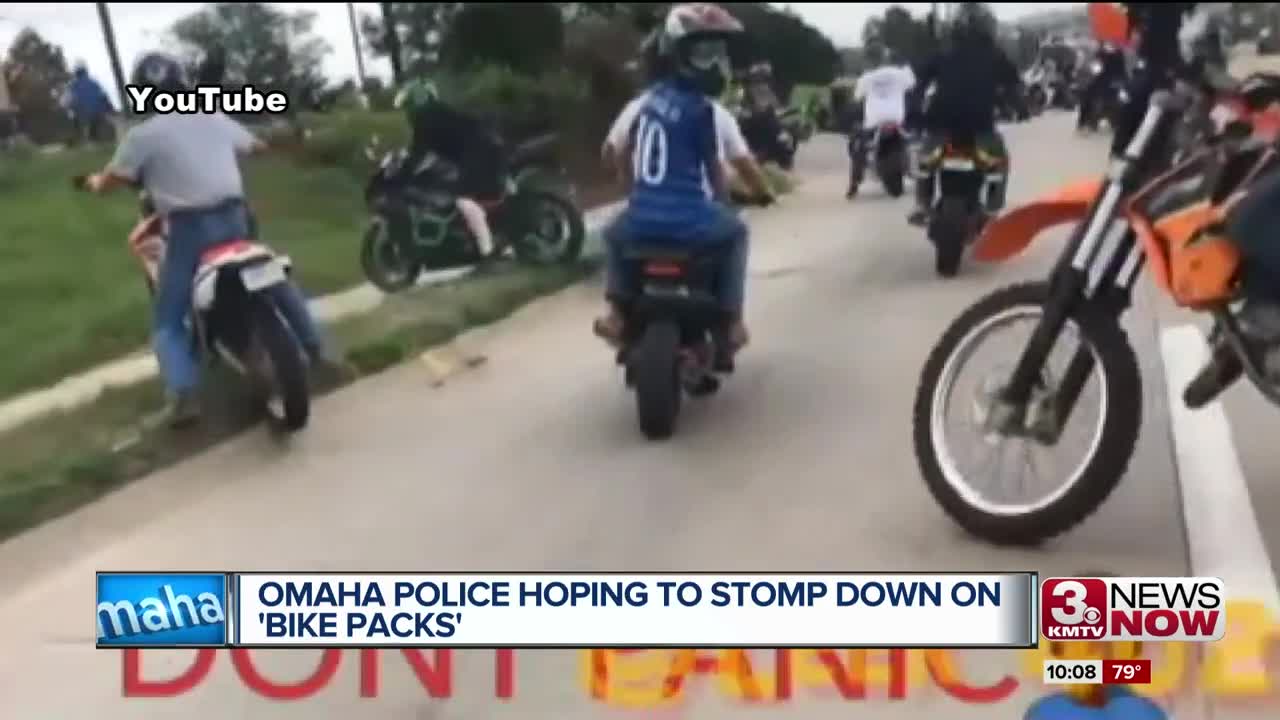 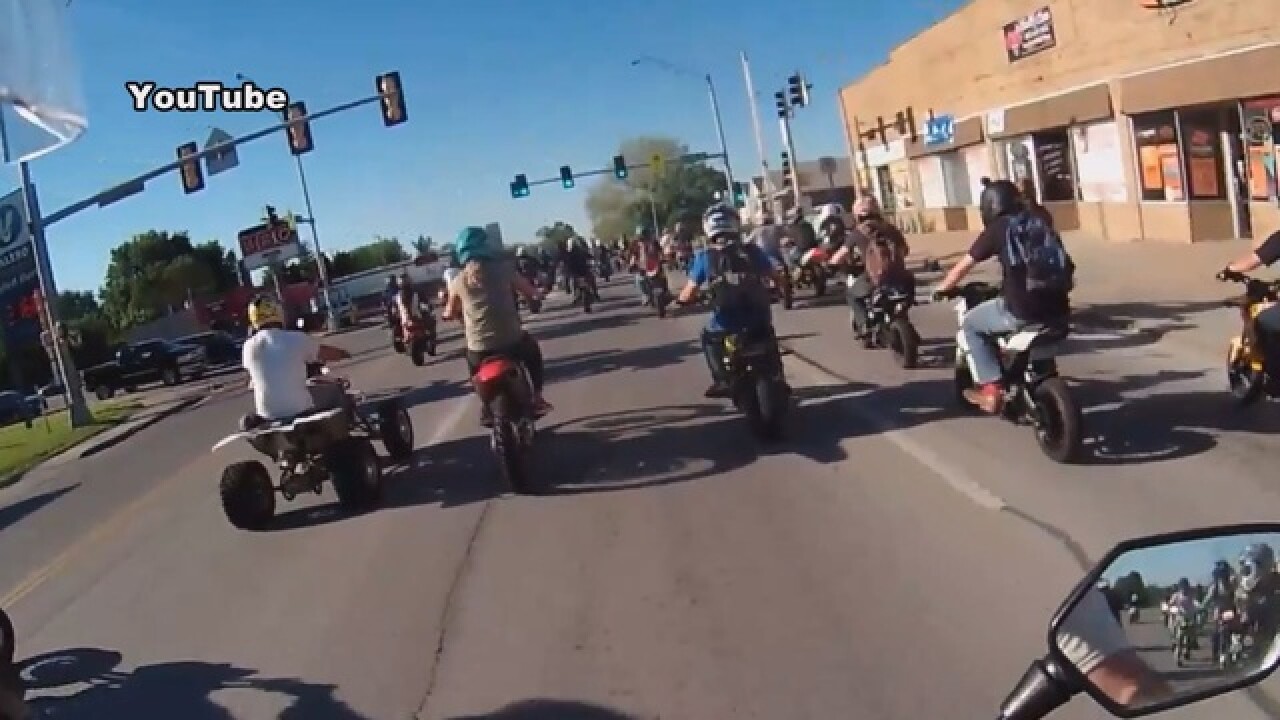 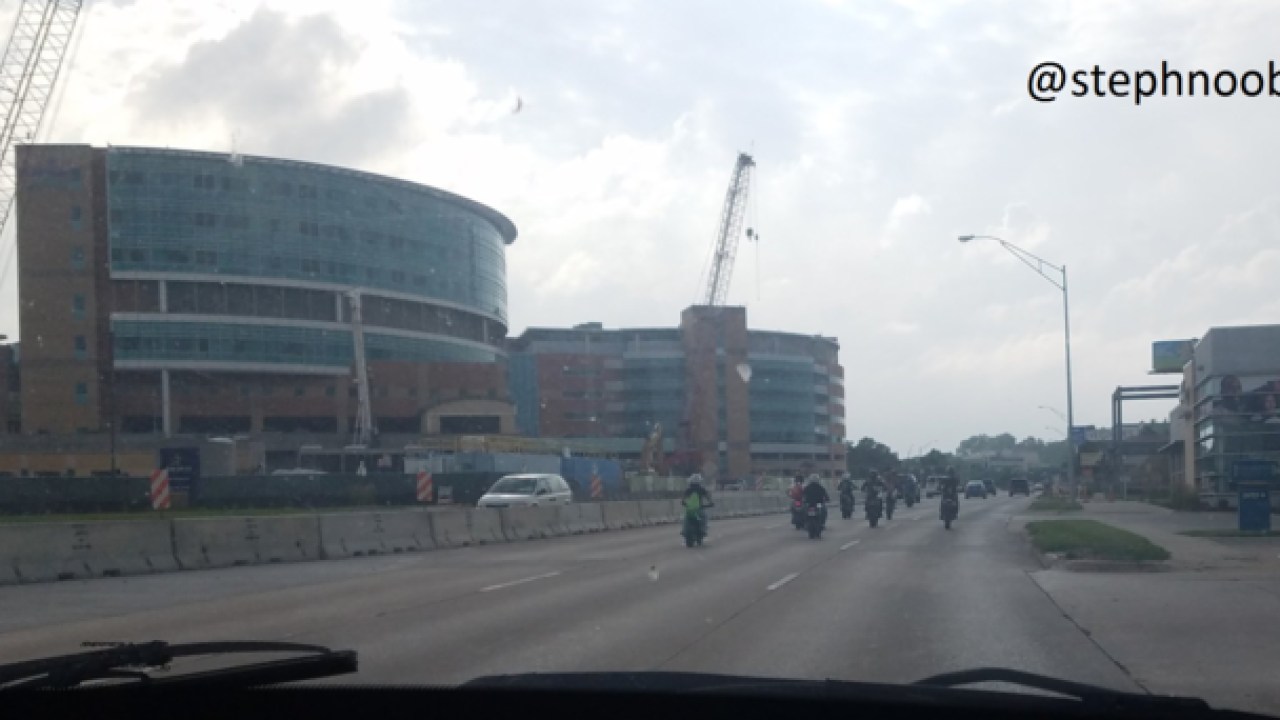 The majority of the bikers involved in the Saturday incident used a specific type of motorcycle called a grom. These bikes have the ability to weave in and out of traffic and even ride on the sidewall, which is what happened over the weekend in Omaha.

“We started seeing small packs of those, causing disturbances in Omaha, a lot of these guys will videotape themselves and put themselves on YouTube and it just gradually seems to have gotten larger and larger as time went on," says Phil Anson, OPD officer.

They saw the problem get worse over the weekend with around 200 bikes recklessly cruising Omaha in packs. Starting at Midtown and going west on Dodge, popping wheelies, driving between vehicles and disregarding traffic signals.

"A lot of these guys, they're not even stopping when the light turns red. When there's that many people in a pack, they just keep going and going no matter what the light in that intersection shows," says Anson.

To identify and stop this behavior, OPD has some tools, including its ABLE-1 helicopter to provide overhead surveillance.

“It's extremely helpful when we can get a helicopter up there and get a bird's eye view where these motorcycles are going, what area are they heading to, that sort of thing, so if we know they're heading to a certain area, we can actually get officers to head in that direction to attempt to stop them," says Anson.

Officer Phil Anson is a motorcycle rider himself and hopes that these packs don't give all riders a negative reputation in the metro.

“Just giving motorcyclists a bad name, so we're trying to separate that from the law-abiding citizens who do ride motorcycles and do obey the traffic laws."

OPD also says that are now sending out extra enforcement in particular spots around town to curb these bike packs before they get worse.